A New Leader for a Diocese of Few Bishops 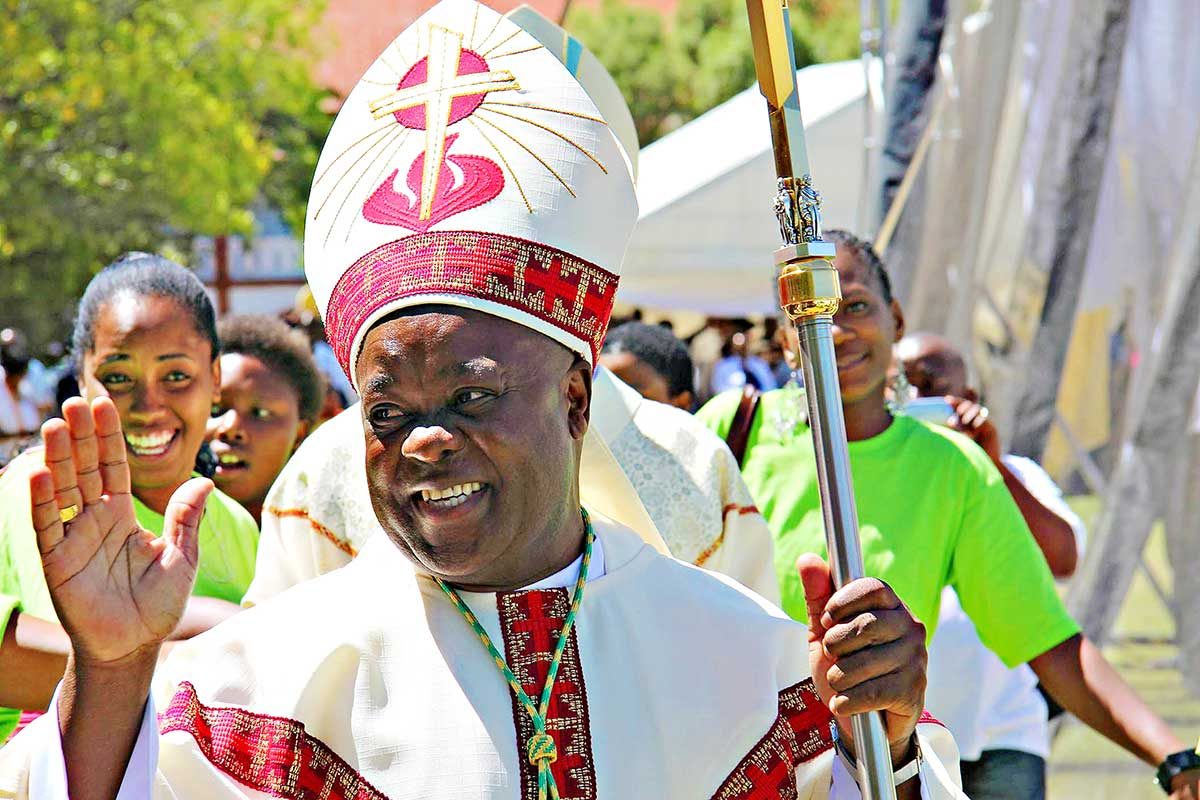 Pope Francis has made a wise and bold decision by appointing Bishop Abel Gabuza as coadjutor archbishop of Durban, and therefore as Cardinal Wilfrid Napier’s successor.

Having been born in Alexandra, Johannesburg, and having spent his clerical life as a priest of the archdiocese of Pretoria before becoming bishop of Kimberley in the Northern Cape, Bishop Gabuza has no roots in Durban.

He will come to Durban as an outsider. This does not preclude a warm welcome, of course. Bishop Gabuza was kindly received in Kimberley, a diocese which will doubtless miss him.

Complicating things further, Bishop Gabuza will come to an archdiocese which in the past 115 years has had only three ordinaries: Bishop Henri Delalle, Archbishop Denis Hurley, and Cardinal Napier. This is an archdiocese that is not used to change. Time will reveal how much appetite for change there is in Durban.

Much as coming in as an outsider can be a disadvantage, it can also be a benefit as the new incumbent may identify and amend local practices that do not work—at the same time being careful to avoid alienating the clergy and laity of the archdiocese.

Moreover, as an outsider, the new coadjutor archbishop will be unaffected by the social web of politics, loyalties and histories that exist in most dioceses.

As archbishop of Durban, Bishop Gabuza will tread a fine line. He will have to assert himself but also be accommodating of some entrenched practices and traditions. The pope has identified a bishop who has the attributes of navigating these fine lines.

Wisely, Pope Francis has also given the eventual successor of Cardinal Napier time to settle in and become acquainted with his new archdiocese, by the act of naming him coadjutor archbishop first.

Coadjutor bishops are usually appointed for three reasons: to take charge of a diocese in which the incumbent is somehow unable to run it properly himself; or to guarantee an auxiliary bishop’s succession; or to give a bishop appointed to a different diocese time to settle in and “learn the ropes”.

In the case of Bishop Gabuza, the latter presumably applies. Cardinal Napier will over the next months mentor his successor in the ways of Durban’s archdiocese: its mentality and culture as well as its challenges, but also where the sources of joy reside.

Certainly, Bishop Gabuza will inherit an archdiocese that has a strong Catholic spirit; a spirit which also has a presence in civil society and other faith bodies. He will be able to build on the legacies left by Archbishop Hurley and Cardinal Napier, and in so doing bring his own style of leadership to bloom.

With these two illustrious predecessors, Bishop Gabuza shares a passion for issues of social justice. As chair of the Justice & Peace Commission of the Southern African Catholic Bishops’ Conference, Bishop Gabuza has frequently spoken out powerfully for those on the peripheries. In Durban he will find many keen partners in serving the poor and advocating for them.

For example, the archdiocesan Justice & Peace Commission has been doing superb work, especially in giving women a voice in challenging the harmful effects of patriarchy. The Denis Hurley Centre is giving prophetic and concrete witness to the Church’s preferential option for the poor. The Mater Homes have offered women a genuine alternative to abortion. And so on.

When exactly the coadjutor archbishop will succeed the incumbent is up to the pope. But after Cardinal Napier’s marathon service of 36 years as bishop — 27 of them as Durban’s ordinary, and almost 18 of these as cardinal — nobody will begrudge His Eminence the leisure time which he so often had to sacrifice in the service of the Church to follow his private pursuits, especially, of course, his beloved gardening.

In any case, Durban will not lose him entirely even when retirement comes. Presumably he will be available to assist his successor where needed. Certainly his personable style and sense of humour will be welcomed by the parishioners of the archdiocese.

For the clergy, new blood may create a new energy. It must be hoped that at the installation Mass on February 10 the priests of the archdiocese will applaud warmly and with enthusiasm when the mitre is placed on the head of Coadjutor Archbishop Abel Gabuza.

Pastoral Letter On Violence Against Women, Girls And Children
Share