The Power of the Movies 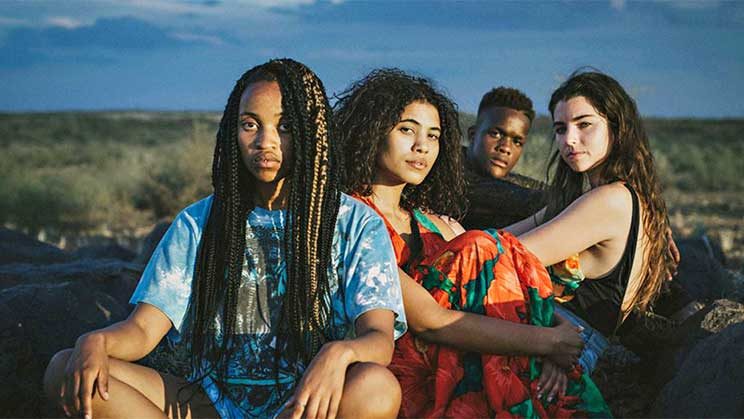 The cast of the South African film High Fantasy, which Raymond Perrier saw at a film festival in Durban (Photo: TIFF)

Films can entertain, thrill, terrify, educate. They can be feel-good, feel-bad and feel-sad. Some are hugely impactful but most films are like the popcorn we consume while watching them.

St Ignatius of Loyola, the founder of the Jesuits, was aware of this phenomenon 450 years ago. In his case, of course, it was not films that left him with a craving, but books.

After he was recovering from battle wounds, he bridged his boredom by reading books about chivalry. Ignatius found that he thoroughly enjoyed them but also that they made no long-lasting impression on him — like much of modern-day cinema.

He then found a book of the lives of Christ and saints. Now he had a very different sensation — the stories stayed with him and continued to haunt him long after he had put the book down.

Distinguishing between short-term emotions and a longer-term impact on ones deepest sensations became one of the tools for discernment that Ignatius later taught.

Similarly, what interests me are the films which have an enduring impact — that play themselves over and over in the mind, every time bringing fresh perspectives.

Films have been a great force in moulding perceptions of South Africa. Films like Cry Freedom were hugely influential in drawing the world’s attention to the situation during apartheid. They helped put a human face on the story of suffering and so undermined the National Party’s claim that those who opposed them were terrorists.

Each year in Durban we are blessed to see an abundance of good films. The Durban International Film Festival (DIFF) is organised by the University of KwaZulu-Natal and draws in films and filmmakers from across Africa and the world.

This year’s festival was further enhanced by an additional BRICS film festival celebrating the movies coming from Brazil, Russia, India, China and, of course, South Africa. Mostly they gave us a different insight into countries with which we are more and more closely aligned: who knew the Russians could be so funny (a talking carp), or the Chinese so spiritual (especially using animation) or the Brazilians so serious (a tale about workers’ rights)?

The Films I Saw

The main DIFF line-up also included some great films, and I hope some of the South African ones (and others) will go on general release so that readers around the country can see them. Two of the award-winners especially stand out.

One was a film which was impactful by telling a new story. High Fantasy takes a group of diverse South Africans and then imagines what happens when they have to inhabit each other’s bodies.

It’s very funny, but there is also a serious intent: it is a version of “walking in another person’s shoes” or the basis of the Christian injunction to “do as you would be done by”.

If you can imagine being someone else, you have a much clearer moral sense of what it is right or wrong to do to that other person. One of the ongoing failures of racism in South Africa is that we mostly cannot imagine the lives of people who are marked out from us by a different skin colour.

Another film was impactful because it helped us to approach a story that we know well but in a creative new way.

The State Against Mandela and Others is a documentary retelling the history of the Rivonia trial. It was made special by having the original voice recordings from the courtroom and also interviews with surviving defendants, those associated with the trial and the sons of one of those prosecuted (Walter Sisulu) and of the prosecutor himself (Percy Yutar). Especially touching were the interviews with Ahmed Kathrada and Winnie Mandela only months before their deaths.

The lawyers for the defence — George Bizos and Joel Joffe — reminisce about their strategy of having the defendants talk at great length about their experiences under apartheid in order to humanise them before the judge. They credit this with the surprising result that the convicted “only” got life imprisonment — how different South Africa would have been if “Mandela and Others” had received the death penalty.

Again, it’s an example of the genuine empathy impact of seeing through the eyes of another person.

The closing film, Rafiki, provided further opportunity to do this. It is a love story set in Kenya in a vibrant housing estate which could have been in any South African inner-city.

It was billed as controversial because the love story is between two young women. It was played as an ordinary story — with all the ups and downs of young love, and the reactions of friends and families. Perhaps what some people find controversial is the idea that love between two people of the same gender can be “ordinary”.

Given the theme and the location, religion inevitably played a key role in the film; there was a predictable amount of quoting from the Bible and attempts to “drive out demons”. For me the true religious images were more subtle. Each girl is confronted by her parents and, through those scenes, we are offered two contrasting religious models.

After the girls are beaten up by an angry mob, one father slaps his daughter while the other holds her in his arms and comforts her. What kind of Father do we imagine God to be — one who is quick to punish or one who is anxious to hold us?

And the two mothers also react differently: one has fixed views of the world and struggles to make her daughter conform to those; the other tries to listen to her daughter (even though it is very hard) and attempts to understand.

Again, what kind of Mother do we imagine the Church to be? One with set answers ready to be applied to all situations, or one who takes the trouble to listen and learn and seek to comprehend?

I encourage you, next time you get a chance to see a movie (even one with popcorn) to look beneath the surface and see what God is saying to us through the magic lantern that is cinema.