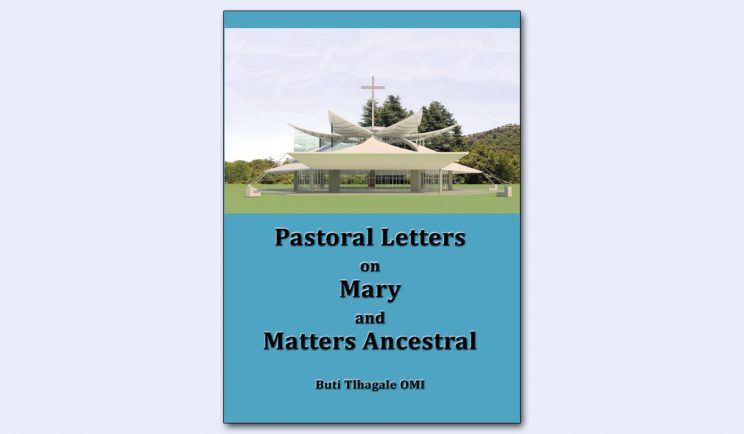 When Archbishop Buti Tlhagale of Johannesburg left for Rome this month, he packed in his luggage a number of copies of his new book, Pastoral Letters on Mary and Matters Ancestral.

The book was compiled by Fr Jean-Marie Kuzituka Did’ho, chancellor of Johannesburg archdiocese, and forms part of the Mother of Mercy Marian Shrine project.

It was published by SA Catholic Online Books.

The homilies on Mary were delivered with the intention of promoting the veneration of Mary, Mother of the Redeemer, and to gather support for the project of building a Marian shrine in the archdiocese, the Mother of Mercy Shrine in the Magaliesberg.

Proceeds from the sale of the book will go towards the building of the shrine.

“The pastoral letters and articles on Catholicism and African traditional beliefs come at a time when many Catholics find themselves at the crossroads between their traditional practices and their Christian faith,” said Frank Nunan of SA Catholic Online Books.

Mr Nunan said that the book was edited, corrected, produced, published, printed and delivered in just 38 days — “which included a delay of five days while certain sources were being checked”.

“The manuscript arrived in my inbox from Fr Jean-Marie on July 27, and the books were delivered to the chancery in Johannesburg on September 3. This is certainly a record for me,” the publisher said.

“While there is no way I can know what Archbishop Tlhagale intends to do with the books he has taken to Rome, it would be nice to think that a copy could end up in the hands of Pope Francis,” Mr Nunan said.

The book is available at R200 per copy (plus P&P) from the office of Fr Jean-Marie Did’ho at did_ho@yahoo.co.uk; or through Morag Richardson at archbishopsec@catholicjhb.org.za or 011 402-6400; or from Lebo Majahe at adnewsreporter@catholicjhb.org.za or 011 402-6400. The book is also available online at www.sacatholiconline.org