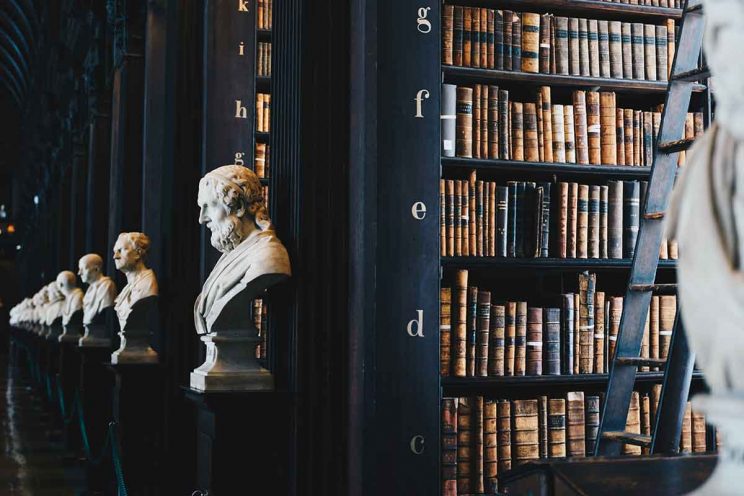 The 1983 Code of Canon Law did not anticipate crimes being committed by bishops that could result in their laicisation, according to a canon law professor at The Catholic University of America.

Jesuit Father Robert Kaslyn, who has taught courses in laicisation, said the Second Vatican Council has also made it more complicated to remove a bishop from the clerical state.

“It’s a mess,” Father Kaslyn told Catholic News Service in a  telephone interview. “It really is a 20th-century process that really didn’t exist beforehand. And that process was suddenly needed to adapt to the abuse crisis.”

Under canon law, laicisation is given to deacons for “grave causes” and to priests for “most grave causes.”

“It doesn’t even mention bishops,” said Father Kaslyn. “So in general, it was not foreseen that bishops could be quote-unquote laicised.” Abuse of minors, he added, is “a more grave delict,” or breach of care.

Vatican II also noted the three levels of ordination: the diaconate for deacons, the presbyterate for priests, and the episcopate for bishops. Father Kaslyn said the council called the episcopate “the fulfillment of the priesthood.” As a result, he added “it’s not just power of governance, but it’s the fullness of priesthood. So it’s very difficult (from which) to resign.”

In the case of Archbishop Theodore E. McCarrick, who resigned from the College of Cardinals July 28, a month after the first allegations of abuse by him were reported in the media, it was easier for him to resign that title since it is an honorific title granted by the pope which does not confer another level of holy orders.

The first publicised allegation against Archbishop McCarrick was of abuse of a minor. A subsequent report told of two college seminarians who were subject to abuse by Archbishop McCarrick, who was their diocesan bishop. A fourth person reported abuse dating back to his childhood and continuing to adulthood; he has filed a criminal complaint against the prelate.

Under canon law, “a cleric can be punished for various acts against the Sixth Commandment: ‘You shall not commit adultery,'” Father Kaslyn said. “There’s another canon elsewhere about the obligation of celibacy where the bishop can pass judgment on individual cases of violation of celibacy.”

If Archbishop McCarrick is found guilty in the canonical trial, he could incur the penalty of loss of the clerical state. The pope alone has the authority to issue such a penalty, although the Vatican Congregation for the Doctrine of the Faith was given authority in 2009 by Pope Benedict XVI to do so “extrajudicially,” while still honoring the rights of the accused, said Father David Howard, head of the U.S. bishops’ Office of Doctrine.

The archbishop would not have to be present at the trial but would have an advocate making his case for him, just as a those seeking marriage annulments are not present at the proceeding but have someone acting on their behalf.

What Removed from a Clerical State Means

Should Archbishop McCarrick be removed from the clerical state, he would no longer be able to function as a priest. However, the sacrament of holy orders makes anyone who is ordained a “sacred minister and cannot lose that status,” Father Kaslyn wrote in a 2015 article in “Studia Canonica,” a scholarly journal.

As a result, the priest told CNS, were Archbishop McCarrick to be in a senior citizens’ home, and another resident were in danger of dying, he would be able to administer the sacrament of the sick to that resident, and it would be validly administered and recognised.

A laicised bishop would also most likely still receive whatever pension benefits he had earned during his time in ordained ministry. “We don’t want to be seen as rewarding those committing crimes,” Father Kaslyn said. “On the other hand, we don’t want to throw them out in the street. … When it comes to a priest, the bishop is obligated in charity to help the men if necessary,” he added, especially “if he doesn’t’ have any assets.”

However, in the 1970s and ’80s, many men who left the priesthood to marry sought laicisation but the Vatican did not grant their request.

“The church presumes — on the personal, theological, canonical and ecclesiological level — that, in asking for ordination, an individual knows the obligations and demands of the ordained ministry as well as its rights and accepted both freely, Father Kaslyn wrote in “Studia Canonica.” He added that “contempt for celibacy does not justify the granting of the dispensation.”

“John Paul II was try to figure out what’s going on” with the upsurge in requests, Father Kaslyn told CNS. “Why did they stop the process? Why are they leaving their commitment? So that’s why he stopped it,” he said of laicising.

That, too, has changed. “These days,” Father Kaslyn said, “once the case is prepared, it’s like six to eight months at most.” – By Mark Pattison Catholic News Service