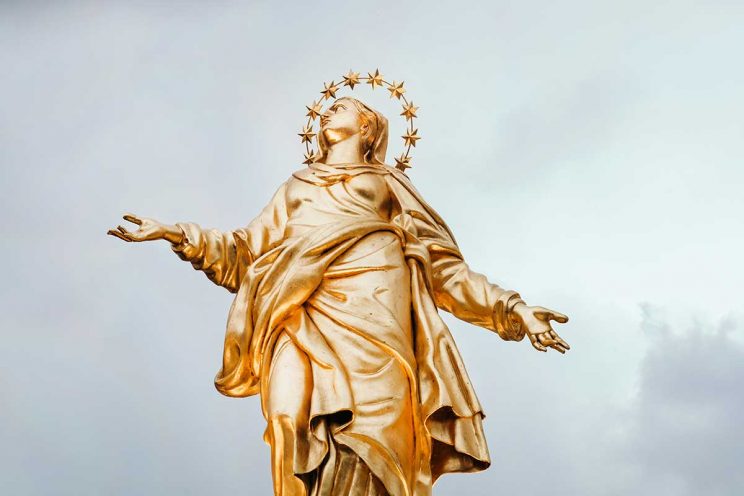 The celebration of the feast of the Nativity of Our Blessed Lady occurs every year on September 8. Oddly, despite the Church’s huge respect and veneration of Mary and her indispensable role in Christian history, there is very little fanfare or effort to keep this occasion as a special day.

It is special because it has ancient origins. Martyrs and saintly men and women found a memory in the Church’s calendar usually on the anniversary of the day of their death. Mary’s birthday went against the trend.

There are records dating from the second century to establish that the Virgin’s day of birth was observed annually among Christians. Even though the accuracy of these records is questionable, the fact is that they are there, presenting us with a glimpse of the piety of our ancestors in the faith.

What is remarkable is that the date, September 8, remains constant among the many traditions of the Western and Eastern Churches. Its significance is an indicator of how, from shortly after the missionary activities of the Apostles, the widespread Christian faithful held Mary in the highest regard among the saints.

Mary’s birthday has a place of honour in the third chapter of the Qur’an, with her father named as Imran and her mother as Hannah. Old Christian writings named them as Joachim and Anna respectively.
Around the time of the sixth century, the Christian Church fixed the Nativity of the Virgin Mary in its official calendar to be marked on September 8.

Feasts of the Blessed Virgin are many in our liturgy. Seen together, they point to the holiness of this privileged woman who was born into this world sanctified without Original Sin, and made ready in the divine plan to become the Mother of God, her greatest blessing of all.

Like the other saints, her death is remembered in the important feast of her Assumption body and soul into heavenly glory, on August 15.

Vatican II gave us a closer look at the mystery of Mary’s part in salvation history when it declared that “the mother of Jesus, in the glory which she possesses in body and soul in heaven, is the image and beginning of the Church as it is to be perfected in the world to come. Likewise, she shines forth on earth, until the Day of the Lord shall come, a sign of certain hope and comfort to the pilgrim People of God” (Lumen Gentium, 68).

Everybody has a birthday. Mostly, it is a joyful occasion, another milestone in life, though some would prefer not to be reminded of their ageing.
The Church has rejoiced in the birth of the Virgin Mary for two millennia. The anniversary has lost some of its prominence in the calendar but it cannot be ignored.

The Church is well aware that without Mary’s cooperation there would be no Word made Flesh in Jesus Christ.

Liturgical and devotional reverence for the Mother of God has always been appropriate because of Mary’s uniqueness among the saints of God.

Marian shrines are to be discovered in almost every parish in the world. Catholic and Orthodox Christians could not imagine their faith without the prayers that Mary pours out ceaselessly for us “in this valley of tears”.

September 8 is the perfect day for members of the Church of Southern Africa to honour our patron, Queen Assumed into Heaven, to celebrate her birthday joyfully, and to earnestly ask for her special intercession right now.