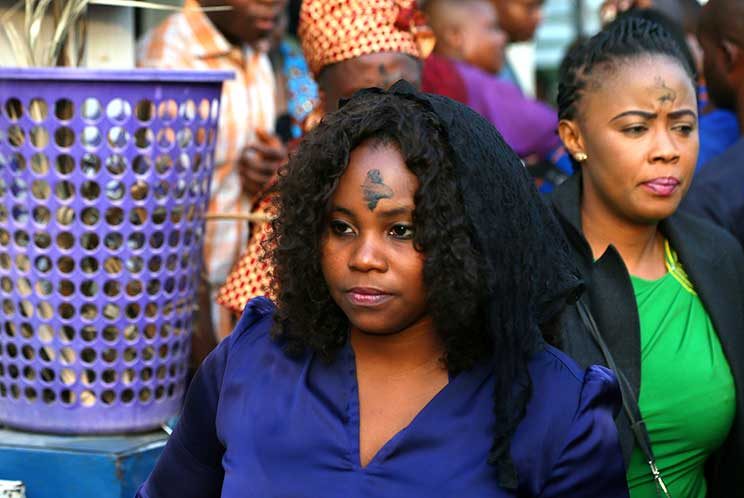 Muslim-Christian relations in Nigeria are marked by frequent violence, but there are also signs of hope, as ANI ARINZE explains.

A Bit of History

Any talk about religious freedom in Nigeria, must necessarily refer to Islam and Christianity, the two dominant religions which both arrived with a burning desire for the conversion of multitudes from the traditional religions.

Islam gained a presence in Nigeria in the 9th century, in Kanem Bornu empire in what is now Borno state. Christianity came much later, in the 15th century through Catholic Augustinian missionaries from Portugal.

After the death of the Prophet Muhammed in 632 AD, the Islamic empire expanded rapidly in the 7th and 8th centuries, largely by military conquests, to parts of Asia, Africa, the Middle East and even Europe.

Among the first of these military conquests was the Holy Land, with Jerusalem falling in April 637.

More than 400 years later, the Crusades made an effort to reclaim the Holy Land from Muslim rule. They succeeded in 1099, beginning a period of almost two centuries in which Crusaders ruled the Holy Land, or at least parts of it.

This Muslim conquest of the Holy Land and the Christian effort in the Crusades to reclaim it are at the root of the sad history of interreligious tensions between the adherents of those two world religions.

And ever since these two religions met in Nigeria, the struggle has often been for increased membership, territorial expansion, or the use of religion to gain political capital.

Unfortunately, this not-too-cordial-relationship has continued to grow in intensity with attendant negative consequences.

Even many centuries after those bitter encounters between adherents of Islam and Christianity, Nigeria continues to feel the hangover. This finds expression in the way the umbrella Muslim organisation, Jama’atu Nasril Islam and the Christian Association of Nigeria behave and act towards each other.

One can see this from the actions and utterances of the leaders of these organisations. Instead of focusing on how their religious values can complement one another to lead the nation spiritually and morally, they have been more concerned about promoting narrow religious interests, engaging in reciprocal verbal attacks and sometimes making inflammatory statements that threaten peace and harmony.

Sometimes it almost seems as if the nation is at the brink of a religious war!

In this article, I wish to identify some of the issues that threaten religious freedom in my country.

In doing so, I won’t dwell on enumerating the well-known incidences of massive destruction to lives and property by the Boko Haram insurgents or militant Fulani herdsmen.

Such incidences also include the abduction of the Chibok and Dapchi girls, the suffering of the internally displaced persons, the denial of rights and privileges to Christians in some parts of the north (including prohibitions on  teaching the Christian religion), the kidnapping of Catholic priests and Sisters, fear and the psychological trauma induced by fanatics or militants, just to mention a few.

Along with other subtle actions and policies that qualify as persecution, these factors fuel the tension and hostility between Christians and Muslims. And that robs the nation of a calm atmosphere of peaceful coexistence.

Muslims populate mostly the northern part of Nigeria; Christians form the majority in the south.

But there are significant and vibrant Christian and Muslim minority groups in both territories. Their significant numbers cannot and should not be underestimated, glossed over or ignored. Doing so is what ignites serious interreligious tension.

There is a greater openness to peaceful coexistence, interreligious marriages and common celebrations of feasts between Muslims and Christians in the southern part of the country than in the north, where the hypersensitivity to issues of religion is so heightened that the mere mention of a word that is thought to be blasphemy can lead to conflict and loss of lives.

In 2002, the planned Miss World contest in Abuja led to riots in which about 200 lives were needlessly lost. A trigger was the moral objections in terms of the Sharia law, which had been introduced in 1999 and propagated by the governor of Zamfara state, which polarised the nation

Even foreign incidents can spark bloodshed, as it was in 2005 when a publication in far-away Denmark published a cartoon of the Prophet Muhammad, which many Muslims deemed blasphemous.

Why the competitive spirit and even the hostility and intolerance between the two main religious groups in Nigeria?

One reason for the uneasy relationship between Christians and Muslims is political.

After the amalgamation of the Northern and Southern protectorates in 1914 and before Nigeria’s independence in 1960, the British colonial authorities favoured the north in their policy of “indirect rule”. The Hausa and Arabic languages were used as Muslim chiefs were imposed to rule over non-Muslim populations.

This in no small way aided the Islamisation of what is today northern Nigeria.

Another factor that has fuelled mutual distrust between Muslims and Christians in Nigeria is the fact that Christianity arrived with a functional Western education system which developed the capacity, knowledge and skills of the people.

By contrast, the Muslim education system did little to empower children, the youth and the women, apart from spiritual empowerment.

Furthermore the almajiri system, whereby children were allowed to escape parental control and wander on the streets in faraway villages or towns to acquire Quranic knowledge was seemingly encouraged.

Christian education, on the other hand, sort of “opened the eyes” of non-Muslim ethnic groups who then refused to remain unconditionally subjugated to northern Muslim interests and culture.

What may be a further reason for tension and violence today between Muslims and Christians in Nigeria is perhaps the perception by Christians that northern Muslims seem to consider their culture and religion superior. They will refer to Christians as infidels (pagan peoples) who must be subjected to Islamic rules and institutions.

This is at odds with the Nigerian Constitution which guarantees freedom of religion as a basic right for its citizens. Sadly, this constitutional provision is only partially translated into reality.

Religious freedom in Nigeria is somehow hallowed, so that Muslims have Sharia courts, up to the Court of Appeal, with judges paid from government coffers.

Muslims enjoyed official government subsidies for pilgrimages long before their Christian counterparts did.

There is no doubt that religious freedom as a principle is accepted in Nigeria. That is not in question. The bone of contention is the difficulty in curbing the excesses of some religious groups which infringe with impunity on the rights of others to freedom of worship and to peacefully live and work in any part of Nigeria.

No doubt, religion plays a very crucial role in the lives of Nigerians. The unhealthy rivalry between adherents of Islam and Christianity always pushes the nation to religiously-inspired violence, especially in the north.

Violence has occurred in the name of religion, but deep at the roots there is social, economic, political and ethnic discontent by minority groups which begs for attention. There are religious leaders who ignite and fuel fires, while moderates try to quench the fires.

Today in Nigeria, there are fervent and frantic efforts made by both Muslims and Christians to encourage sustainable peace. That’s progress: there was a time when the silence of some leaders was deafening, especially when members of the opposite religion were the victims.

The Nigeria Interreligious Council has been very vocal about peace and harmony. The activities of the Federation of Muslim Women Association in Nigeria, the Interfaith Mediation Centre in Kaduna headed jointly by a pastor and an imam, the recent conferences being hosted by state governments seeking common action to end insurgency and many other initiatives of NGOs are all positive indicators that it is better to light a candle than to curse the darkness.

The Justice, Development, Peace and Caritas Commission of the Catholic Bishops’ Conference of Nigeria, which operates at provincial, diocesan and parish levels also promote interethnic and interreligious harmony.

Many Muslim organisations are likewise seriously promoting interreligious harmony and the need for sustainable peace.

The Dialogue, Reconciliation and Peace Centre which was started in the archdiocese of Jos of Plateau state in 2013, has continued to grow and foster trust, harmony and better understanding among Christians and Muslims.

Proactive meetings are held periodically with religious/traditional elders; youths, women and training for peace building have been carried out over the years.

Ani Arinze is a young Catholic writer and Southern Cross columnist. He can be contacted at chinenye4chinenye@yahoo.com