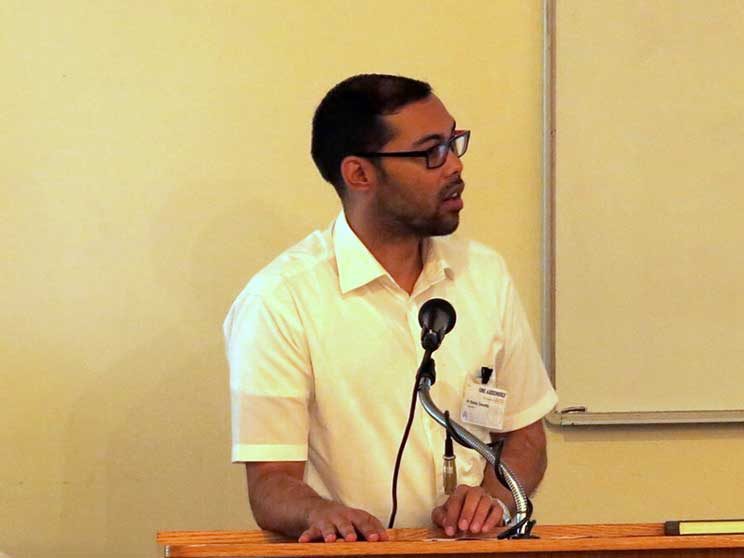 By Denis Ekwerike MDP – Oblate Father Ewen Swartz has been appointed the new president of St Joseph’s Theological Institute (SJTI) in Cedara, KwaZulu-Natal. The long-anticipated news was made public in a memorandum signed by Fr Neil Frank OMI, chair of the SJTI board of directors and immediate past president.

The office of SJTI president became vacant when Fr Frank was elected provincial of the three united Oblate provinces in South Africa earlier this year.

“We wish Fr Ewen God’s blessings and strength as he takes up this new role in the institute, and we thank him for his meticulous work in the dean’s office in the past few years,” the memorandum said.

Prior to this appointment, Fr Swartz had been SJTI’s academic dean and after Fr Frank’s new assignment, acting president.

Born in Ceres, Western Cape,  Fr Swartz, a Missionary Oblate of Mary Immaculate, studied at the Urban Pontifical University in Rome, and at the Pallottinische School of Philosophy and Theology in Germany, where he earned bachelor of philosophy and master of theology degrees respectively.

Fr Swartz specialised in canon law and obtained his masters and licentiate from Canada. He teaches canon law at SJTI, and is a judge on the inter-diocesan tribunal.

Missionary of Africa Father Quinbert Kinunda has been appointed associate dean, pending the appointment of a new dean.

The formal installation of Fr Swartz as the new SJTI president will be held on October 2 at 16:15 during the institute’s weekly community Mass.