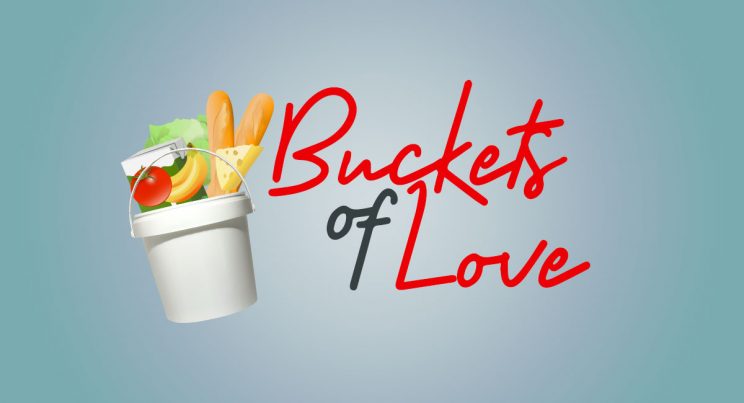 As a final act of caring before their retrenchment, the staff of Catholic Welfare & Development (CWD) have volunteered their time and labour to ensure that those even less fortunate than they can receive at least a little something this Christmas through the annual Buckets of Love campaign.

CWD, the welfare agency in the archdiocese of Cape Town, is retrenching its entire staff as it is winding down because of an extreme lack of funding and mounting debts.

“Our staff insisted on running the Buckets of Love campaign, even though they are being retrenched,” said Eugene Jackson, head of staff development at CWD.

He assured funders and supporters of the popular campaign that “every cent donated will be used for the buckets and the groceries that go into them, and for nothing else”.

CWD had served the poor in the archdiocese of Cape Town since it was set up in 1970. Just two years short of its 50th anniversary it is closing down.

The financial crises that have led to the agency’s collapse can be ascribed to a combination of factors, including rapidly diminishing funding and strategic misjudgments.

Graham Wilson, the financial administrator of the archdiocese who joined the CWD board to help oversee the settling of its affairs, emphasised that there is no suspicion of funds having been criminally misappropriated.

Mr Wilson said that the retrenchment of the 49 staff members was unavoidable, emphasising that due process had been followed.

“CWD has had no option but to retrench its staff in a phased manner because of an extreme lack of funding and mounting debts. Because CWD has little or no funds, the archdiocese of Cape Town has since October underwritten all salaries as well as the retrenchment packages that are now due to staff,” he told The Southern Cross.

“Given the enormity of the lack of funding and mounting debts that the new board has found, they have had no alternative at all but to take the drastic steps they have,” he added.

Mr Wilson acknowledged that the timing of the staff retrenchments so soon before Christmas is regrettable for “the impact it will have not only on CWD staff and their families but also on the beneficiaries of the various programmes that are affected”.

The archdiocese’s ability to intervene directly in CWD was limited by the agency’s constitution, though Archbishop Stephen Brislin of Cape Town had “tried on numerous occasions to alert the board to the fact that CWD appeared to be in severe financial difficulty”, Mr Wilson said.

Archbishop Brislin told The Southern Cross that he was “deeply shocked by what has happened at CWD” and expressed “regret action wasn’t taken sooner by CWD”.

Mr Wilson noted that “the future of most of CWD’s programmes remains extremely uncertain” but added that in terms of welfare organisation the archdiocese “is planning for the future”.

The agency leaves a great legacy, Mr Wilson said. “CWD does live on in the projects that had their genesis in the organisation. These have gone on to be welfare organisations in their own right, some more closely associated with the archdiocese than others.”