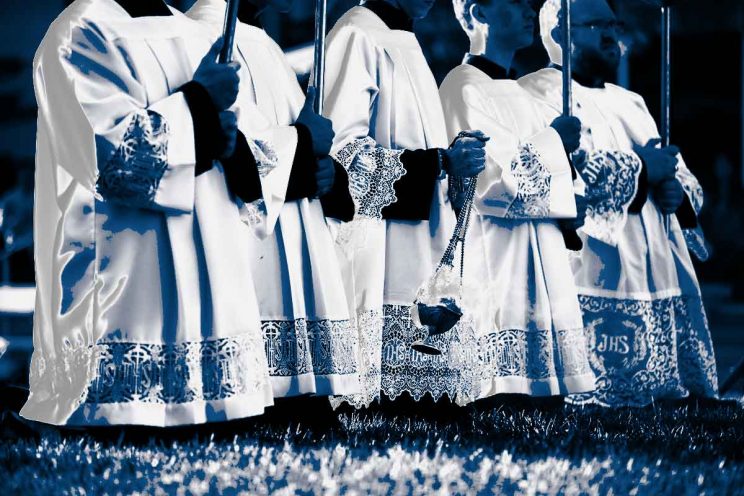 When he announced that the bishops of Germany are opening a discussion about the option of changing the discipline of mandatory celibacy for Latin-rite priests, Cardinal Reinhard Marx kicked off 2019 with a topic which he acknowledges will cause disagreements within the Catholic Church.

Cardinal Marx is an important man in the hierarchy. He is the archbishop of Freising & Munich, president of the German bishops’ conference, and a member of Pope Francis’ council of advisers. When he floats an idea, the Catholic waters ripple.

The cardinal is right to expect that the discussion will create friction, something which he feels is a necessary cost for renewal.

Some of that discord will no doubt have its roots in misunderstandings of the issues at hand.

Importantly, abolishing or otherwise modifying the discipline of clerical celibacy would not abrogate the Church’s universal demand for chastity, that is, the restriction of the sex act exclusively to matrimony.

Obligatory clerical celibacy is not a Church doctrine but a discipline, and as such it can be adapted or even abolished. Proposing changes to it does not constitute a challenge to the Church’s magisterium.

Obligatory clerical celibacy is not a Church doctrine but a discipline, and as such it can be adapted or even abolished. Proposing changes to it does not constitute a challenge to the Church’s magisterium.

Indeed, there are many married Catholic priests in the Eastern-rite as well as in the Latin-rite, with the latter being  married clerics who converted to Catholicism from other denominations.

It would be wrong to say that celibacy is an indispensable constituent of the Holy Orders of priesthood. If it was so, then by implication the sacerdotal orders of Catholic priests who are married would be defective, which they are not.

Nor is there a clear scriptural basis for clerical celibacy. The gospels note that Simon Peter was married; St Paul implies that his wife travelled with Jesus’ entourage (1 Cor 9:5). Indeed, it is implausible that all of the Twelve Apostles would have been bachelors at a time when people usually were married in their teens.

For more than half of Christian history, there was no law prescribing obligatory celibacy for secular priests, though there was a strong tradition of celibate priests. The current discipline was introduced in the 11th century, in part to address licentiousness among clergy. In many ways, prescribed clerical celibacy served its purpose, and there are good arguments for its retention.

The current discipline was introduced in the 11th century, in part to address licentiousness among clergy. In many ways, prescribed clerical celibacy served its purpose, and there are good arguments for its retention.

But it has created different problems, and today many, including Cardinal Marx, locate the culture created by celibacy within the causes of the Church’s abuse crisis.

There is no evidence that abuse is caused by prescribed celibacy — sexual abuse takes place across denominations and social groups, including families. To demand the abolition of priestly celibacy because of the incidence of abuse is naive.

But the culture of celibacy has fed a conspiracy of silence which in turn contributed to the decision-making which resulted in cover-ups and mismanagement of abuse allegations.

This may be a good enough reason to challenge mandatory celibacy, or even to change it—just as its spiritual fruits might weigh enough to retain it.

The Church will need to prudently consider the arguments for and against.

Some of these will have to be interrogated and, if necessary, dismissed. For example, lifting the celibacy restrictions might not increase vocations significantly, as has been suggested, since other denominations which allow married clergy also experience a decline in clerics.

[pullquote-rightLogistics must be examined as well. For example, how would a married priest’s family be sustained, especially in areas where the number of congregants is diminishing?[/pullquote-right]

Logistics must be examined as well. For example, how would a married priest’s family be sustained, especially in areas where the number of congregants is diminishing?

Moreover, the Church would need to consider whether a model such as that practised in Eastern- rites, whereby married clergy is permissible but only celibates may become bishops, could be an option in the Latin-rite.

These and many other questions would require thorough, judicious and cautious discernment, a process that would likely produce good arguments in support of all available options.

This is not a debate that should be shut down, and by no rights can it be.

All contemplation and dialogue must be liberated from the baggage of ideological positions and presumptions.

This discussion requires open hearts to the Holy Spirit.

On the question of sacerdotal celibacy, the Church must discern and implement God’s will. Holy Spirit, guide our Church!