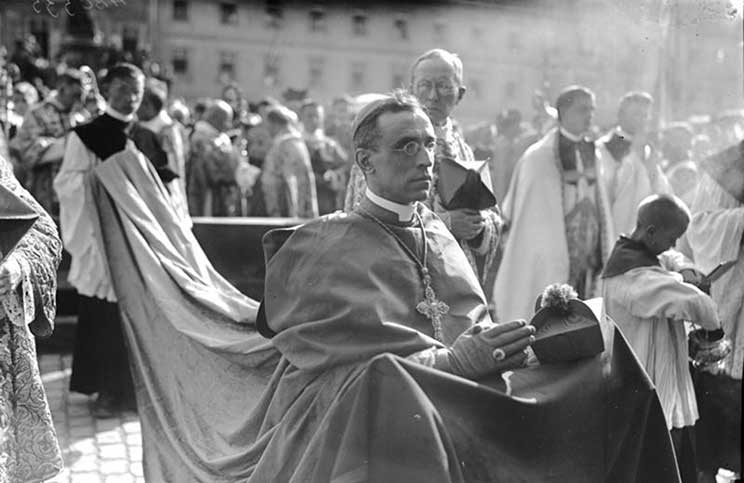 Peter Onesta, Johannesburg – What Patrick Dacey says of Popes Pius XI and XII in his letter “See no evil, Hear no evil, Speak no evil”— concerning Church matters” is correct.

At least Pius XI, against the advice of then-Cardinal Eugenio Pacelli, issued the encyclical Mit brennender Sorge to be read in all churches, in which he said: “Anyone must acknowledge…how the other contrasting party emasculated the terms of the treaty…and eventually considered its more or less official violation as a normal policy.” (My information in this letter comes from The Pope and Mussolini by David I Kertzer.)

Cardinal Pacelli, soon after becoming Pope Pius XII, showed that he was to be very different to his predecessor and this new attitude pleased both Mussolini and Hitler.

One of Pius XII’s first actions was to reestablish relations with the right-wing Action Francaise, in response to its leader Charles Maurass reversing Pius XI’s ban. Maurass was France’s foremost anti-Semite.

In 1939 Pius XI had written a “secret encyclical” against racism, which Pius XII seized, and which would not be released until after his death.

On April 7 that year, Mussolini invaded Albania. “Not one word from his mouth about this bloody Good Friday,” wrote prominent French Catholic Emmanuel Mounier.

Mussolini was encouraged by the report of the Swiss papal nuncio, who said the atmosphere in the Vatican was “completely changed”, like a “breath of fresh air”. The Holy Father spoke “with much sympathy for fascism and with sincere admiration for the Duce”.

It is thus disturbing to hear, as Mr Dacey says, that there is an ongoing process for Pius XII’s beatification: he hardly merits it.