Why There’s No Joy in Schadenfreude 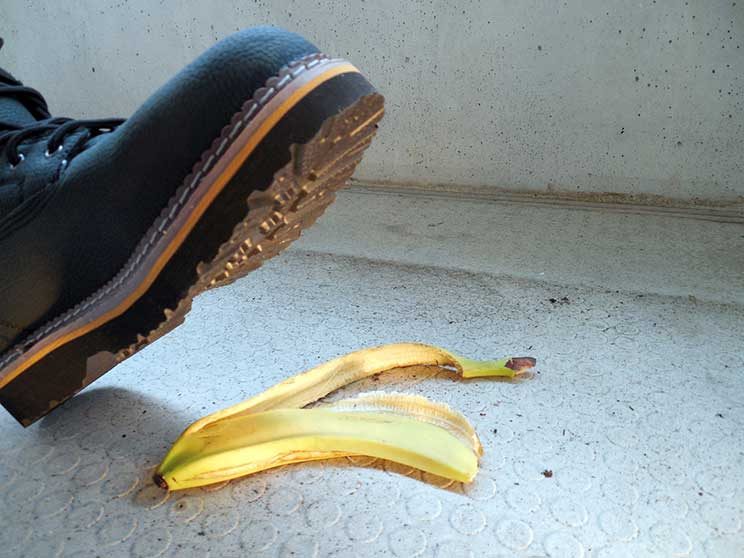 At first I thought Tiffany Watt Smith’s little book Schadenfreude: The Joy of Another Misfortune addressed the weirdest of topics — until I started reading it. It turned out to be the liveliest read I had last year.

Watt Smith is a London-based cultural historian who studies the history of human emotions — I was not sure of the difference between that and psychology or psychiatry before she educated me.

There’s a saying in Xhosa: “Inxeba lendoda alihlekwa”, which means, “You don’t rejoice over another man’s misfortunes”. Most African languages have similar sayings. European languages have myriad phrases that are summed up by the German word Schadenfreude, but these don’t issue similar admonition.

Schadenfreude translates literally into “joy-in-damages”. I don’t speak Greek so am not sure if the word they used in classical times, epichairekakia — rejoicing over another’s disgrace — is still in much use.

All Languages Have Similar Sayings

Watt Smith says the Romans, despite their pretence of taking the moral high road, called the mix of feelings malevolentia, which is the root of the present-day English word “malevolence”.

The Japanese also have a saying that translates to, “The misfortunes of others taste like honey”. We can extend that to the French “joie maligne”—malignant joy.

To clarify and indulge on the emphasis, the English borrowed the word Schadenfreude from German in the second half of the 19th century.

What is it about humans that make them find joy in pulling others down a peg or two? As an African in particular, I find this preoccupation and celebration of other’s misfortune, sadistic.

Empathy is one of the strong African virtues. Perhaps this derives from our history of oppression and the philosophy of ubuntu. This might explain why most African languages don’t have an equivalent of Schadenfreude.

I was most disturbed to discover that St Thomas Aquinas, in his Summa Theologiae, relishes the idea that “the blessed in the kingdom of heaven will see the punishments of the damned, so that their bliss will be that much greater”.

Were I to be fortunate enough to enter heaven, I don’t think watching the suffering of others, including the devil, would bring joy to my soul. Perhaps I’m not clear about the theological implications of this, but from my little understanding of the Gospel, the whole thing of heavenly Schadenfreude doesn’t feel Christ-like to me.

In fact I’m not even sure I could believe in a god who entertains his faithful with the macabre sights of punished creatures. My understanding of sin is that it is a self-inflicted affliction of hearts finding no rest in anything because people have removed themselves from the influence of grace towards goodness.

In the parables of the lost sheep and the lost coin, Christ paints his Father as someone who is deeply concerned about bringing sinners into the fold, even to the seeming neglect of the virtuous.

So the notion of a god who promotes Schadenfreude anthropomorphises the Almighty and reduces divine omnipotence — as if God was in competition with creatures. But I won’t pretend to understand the mystery of sin, so I shall leave this at that.

We Feel We Don’t Measure Up

Watt Smith says Schadenfreude is often fuelled by feelings of envy or inadequacy. This explains the thrill we get when those we deem our superiors — whether it be politicians, celebrities, religious leaders, or the rest of the elites — are humiliated.

The author comments: “We enjoy nothing more than waiting eagerly for other people’s soufflés to deflate.” This is because we somehow feel excused for not measuring up to their standards, or even vindicated in our suspicion that their achievements are undeserved.

It secretly mitigates our failures, or lack of trying, and proposes our comfort zones as reasonable platforms of being. There’s also, of course, the issue of the satanic pride — I’ll not serve! — of wanting to bring even God to our level.

Humility is the Antidote

Humility is the antidote to Schadenfreude. The author Iris Murdoch memorably defined humility as “selfless respect for reality”.

The word “humility” comes from Latin humilitas—”lowliness”—which in turn derives from humus, which means “earth”. Christ says the lowly are blessed to be the inheritors of the earth.

It is not for nothing that mystics and philosophers have often connected the practice of humility to a vision of truth.

St Augustine was of the opinion that it is impossible to be Christian without humility. St Bernard of Clairvaux, too: “The way is humility, the goal is truth. The first is the labour, the second the reward.”

Humility — lowliness — attracts divine attention, thus opening our perception to authentic Reality. The Virgin Mary is the emblem of all of this; thus God chose her as the vessel for his incarnation.