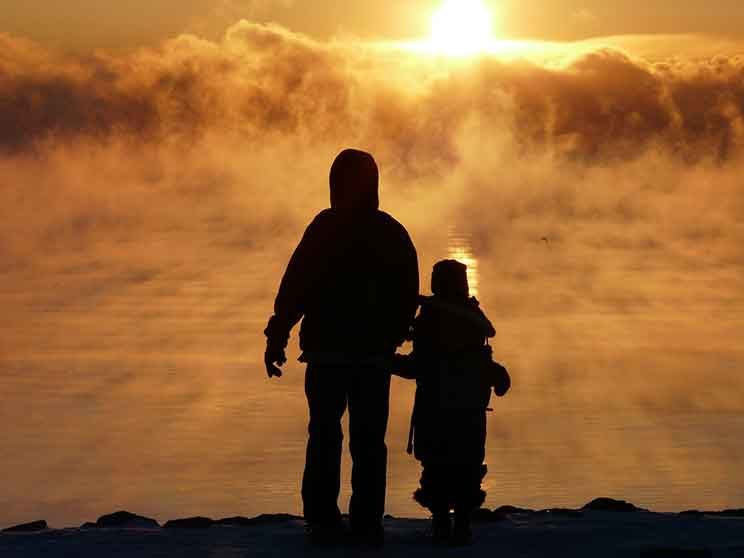 “For many families, talking to one another is in itself an act of love and sacrifice, and combining that with a family fast day would clock up many brownie points in God’s register,” writes Toni Rowland.

Someone said to me the other day that your Lenten sacrifice should be your secret with God. That sounds fine, to a point.

I also know that in my family over very many years, whatever the different members were “giving up” was common knowledge. Kate knew that James shouldn’t be eating biscuits or drinking beer or smoking. There’s merit in that approach too as there is an element of common action involved.

Taking up instead of giving up is excellent too. Maybe the ideal is a combination.

Marfam has over the years published various Lenten calendars for families, calling them “Acts of Love and Sacrifice” which promoted the idea of taking up things in Lent. But it doesn’t work to have everyone trying to do the same act of love on the same day. We’d all be going to visit the sick neighbour or not answer back when being reprimanded.

At boarding school, I seem to remember, there was a lucky-dip system in which one would pick a slip of paper with a suggested act.

In my old age now I have come to the conclusion that different things work for different families, but having a list of suggestions provides plenty of choice and the option for both secrecy and openness (download an example from www.marfam.org.za/lenten-calendar).

For many families, talking to one another is in itself  an act of love and sacrifice, and combining that with a family fast day would clock up many brownie points in God’s register.

The aspect of family faith-sharing — which is, in fact, family catechesis — is very valuable in a family’s faith journey and often even noted in Church documents. Pope Francis in his exhortation of the family, Amoris Laetitia (The Joy Of Love), describes it as the task of families to pass on the faith. Lent is probably the best time to start with that (if it isn’t already done), as making the effort is in itself a sacrifice of love of God and of one another.

-Begin with a life event, share thoughts and feelings, and listen well to one another without arguing or judging.

– Consider what God says to you personally about that situation, guided by scripture and Church teaching, for example a quotation from Pope Francis. The danger to be avoided here is to generalise.

– Draw conclusions and decide on action if possible and necessary.

-Bring the matter to God in prayer with spontaneous prayer or a specific prayer; for example for peaceful elections, for peace in the family, for resolution of the abuse scandal, and so on.

This approach to family education, enrichment, strengthening, prayer, Lenten observance — call it what you will — has been promoted for many years. Now these “Thoughts For The Day” are published on www.marfam.org.za/daily-reflections/ or can be e-mailed to you on request, and be followed on Facebook and Twitter.

Other family suggestions could be having a family prayer meal and/or a family reconciliation service. The beauty of this is that those family members who are not Catholic can all participate and Catholics can later on receive the sacrament of reconciliation.

Other Lenten programmes and Stations of the Cross for Families are available too.

An added advantage to such a Lenten practice in our digital age is that older people who do not live with their families can share on the Internet or WhatsApp or Facebook or whatever. And if all else fails, they can keep their loved ones close in prayer. They and we probably need it too.

May the second half of the season of Lent and Easter bring you the “Joy of Love”.