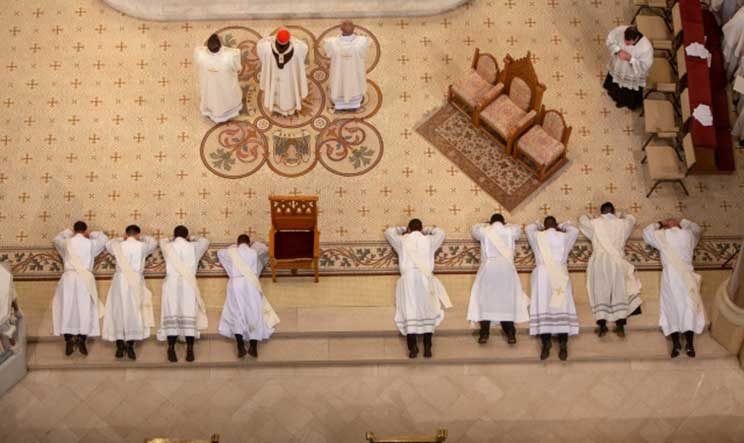 Henry Sylvester, Cape Town – While your editorial on clerical celibacy valiantly attempts to make a case for the Church to possibly change or dispose of the “discipline” of celibacy, your argument highlights an incoherent theology at work.

The establishment of the personal ordinariate in the Catholic Church for former Anglicans was a response to disenchanted Episcopal/Anglican clergy who saw the liberal slide away from orthodoxy. It is irrelevant to assert that the sacerdotal orders of convert married priests under the special dispensation could be called into question!

The only distinction that can be drawn between permanent celibate priesthood and the call to both marriage and priesthood is that the latter can be very taxing on the spousal and family relationship, and this in some way structurally  limits the priestly call to mission.

The Church of England has a record of many divorced and remarried clergy, as well as active clergy in same-sex marriage unions.

Anecdotally, married clergy as practised by our separated churches, does not seem to be a viable example to mimic.

In the Old Testament, sexual abstinence was necessary for a “meeting with God” by priestly ministers and even laity (Ex 19:14-19).

To be sure, the priestly vocation in the early Church consisted of both celibate and married priests. Moreover, the sacrifice of chastity was always understood to be the “ideal virtuous expeditious pursuit to eternal blessedness” (Mt 19:10-12).

Cardinal John Henry Newman writes that “virginity for a Christian is the soul’s marriage with Christ”. St Paul clearly emphasises that those who are “anxious for the affairs of the Lord” are to remain unmarried to not restrain their pursuit of holiness of “body and spirit” (1 Cor 7:25-35).

By grace, Mary sets herself aside for God by remaining a virgin even in marriage (Mt 1:18). Through this she is counted as “blessed among women” to partake in divine revelation: to bear, hold and present Christ to the world.

A celibate priesthood is unquestionable in scripture and in the tradition of cloistered, monastic way of life, as documented in the Dead Sea Scrolls Qumran text.