The Science of Being Happy 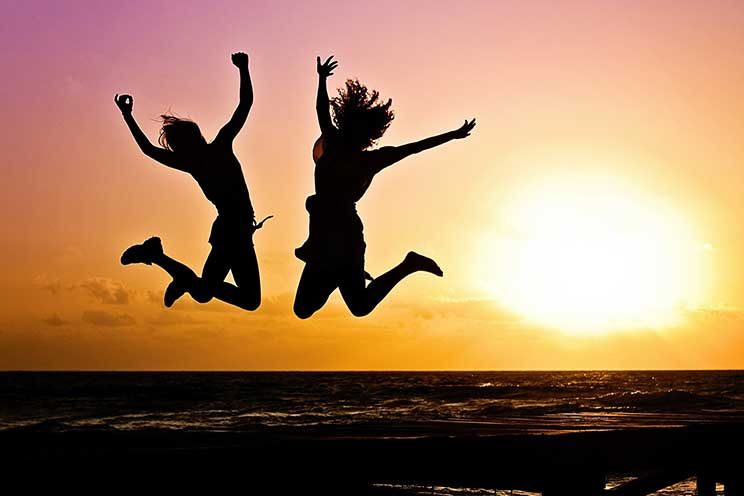 People with religion tend to be happier than those with who have none, a recent international study found, confirming previous studies.

Surprisingly, South Africa emerged as the most religious of the 35 nations surveyed by the US-based Pew Institute, with 68% of the population reporting attendance at a religious service at least once a month.

But South Africa also has to be different: here, people who claim no attachment to religion are statistically happier, albeit only marginally. Among religious South Africans, 38% say they are happy, against 42% of non-religious.

The obvious problem with measuring such things is that happiness is a subjective emotion — sometimes defined by cultural worldviews — that has no scientific measures.

Moreover, our state of happiness is influenced at any given time by situational factors. I’m more likely to report to be happy when I am in reciprocated love, my child just graduated from university, my puppy is cute, and I got a promotion at work. I’ll be likely to be rather unhappy if my wife has just left me, my child is on drugs, the dog died, my miserable boss just fired me, and my life is like an old country song.

But, and here’s the surprising thing, our default state of happiness tends to even itself out over time. The team of psychologist Dan Gilbert from Harvard University made this unexpected discovery when they measured the levels of happiness reported respectively by people who had won the lottery and people who had suffered accidents which confined them to wheelchairs.

Unsurprisingly, the happiness levels of the former shot up, while those who were now quadriplegic reported feelings of despondency. But that lasted for only three months; then both groups’ happiness levels returned to the default levels they had felt before their life-changing events.

Scientists from the University of California have discovered that money, success, less stress, the giddiness of a new love, good weather and so on contribute much less to subjective happiness than expected. These external circumstances add only 10% to our happiness.

Their research produced another astonishing insight: 50% of our happiness potential is influenced by genetic predisposition. Further studies in England and Germany have confirmed this, and after crunching immense amounts of data, researchers found that the world’s happiest people live in Nordic countries, led by Denmark ahead of Norway and Finland — thanks to their happy genes.

German researchers found that their country’s happiest people live in the state of Schleswig-Holstein — which, not coincidentally, borders happy Denmark.

At the bottom end, countries that are not blessed with happy genes are Burundi and Madagascar, both nations whose social and political conditions offer very little by way of compensation for their people’s genetic disadvantage.

Apparently there’s nothing we can do about that 50% genetic contribution to our default state of happiness, what psychologists call the “Happiness Set Point”. And the 10% of external circumstances often are beyond our control.

So What Can We Do?

So what can we do to be happy? The researchers suggest that money can influence happiness only up to a point. Obviously, one’s happiness may diminish if one has money troubles, and is helped when one is financially comfortable.

The very rich, however, are not any happier on account of their wealth; in fact, the stress of their need to accumulate ever more millions can make them unhappy.

Studies seem to confirm a different source of happiness: the ability to form strong and meaningful social relationships.

Psychologists from the University of California and the Carnegie Mellon University found that people who live with others in close, trusting and loving relationships tend to experience stronger feelings of happiness than those who don’t (perhaps that’s why you see few miserable nuns).

The effects of such relationships, they found, repress the brain’s three main centres that govern emotions of anxiety and pain. As a result, less of the stress hormone cortisol is released, and more of the happiness hormone oxytocin.

Last year, Yale University launched a course in happiness titled “The Science of Well-Being”, designed and presented by Professor Laurie Santos, which turned out to be quite a phenomenon (it can be studied for free at www.coursera.org/learn/the-science-of-well-being).

Prof Santos’ recipe for happiness—at least the 40% we can control, and working from the obvious premise that there are no external factors that cause us grave misery, or conditions such as clinical depression—is simple: be kind, love others, be physically active, be optimistic, have time for friends and family, live in the moment, sleep at least seven hours a day, and so on.

Easier said than done, though most of these qualities are exactly what our faith wants from us: to care, to love, to serve. And to have close relationships, with others — family, friends, parish — and with God.

Moreover, by placing our trust in God, believers have the option of reducing that big happiness killer: stress.

And all that might explain why around the world, people with religious faith report greater levels of happiness than those who do not.