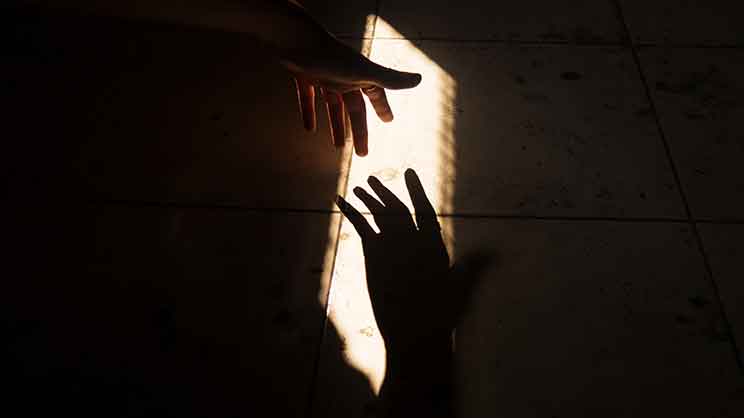 By Junno Arocho Esteves Catholic News Service – The season of Lent is a time for Christians to reflect on and practice the mercy of God toward others and not waste away sitting in judgment of others, Pope Francis said.

Jesus’ command to “be merciful, just as your father is merciful” is a reminder for Christians that God always has shown them mercy even when they were at their worst, the pope said in his homily during morning Mass in the Domus Sanctae Marthae.

“How many people say, ‘I have done such terrible things. I have earned my place in hell, I can’t turn back.’ But do they think about the mercy of God?” he asked.

Reflecting on the day’s Gospel reading from St. Luke, the pope said Jesus calls on his disciples “to imitate God” by showing mercy, being forgiving and not judging others.

God’s mercy, he said, is a “great thing” that must not be forgotten even in the worst of circumstances. He recalled the story of a grief-stricken woman who told St. John Vianney that her husband was in hell after he committed suicide by jumping off a bridge.

Jesus, he continued, also warns his disciples to not judge others, which is “a habit that gets mixed up in our lives even without us realising it.”

“Let us think about how many times each day we judge. All of us. But it always begins through a conversation, a comment about someone else: ‘But look, that person had plastic surgery! They’re uglier than before,’“ he explained.

Finally, Jesus also calls on Christians to be generous and not have “closed pockets” when giving alms to those in need, the pope said.

While giving material aid to the poor is important, Pope Francis said that Lent is an opportunity for men and women also to be generous in giving “spiritual alms” by spending time with someone in need, visiting the sick or sharing a smile.

“Let us go forward in Lent at least by succeeding in not condemning others in our conversations, in not judging and by forgiving,” the pope said, “so that the Lord may give us this grace, because it is a grace that the Lord will give us if we ask for it and make the effort to go ahead and be generous with others.