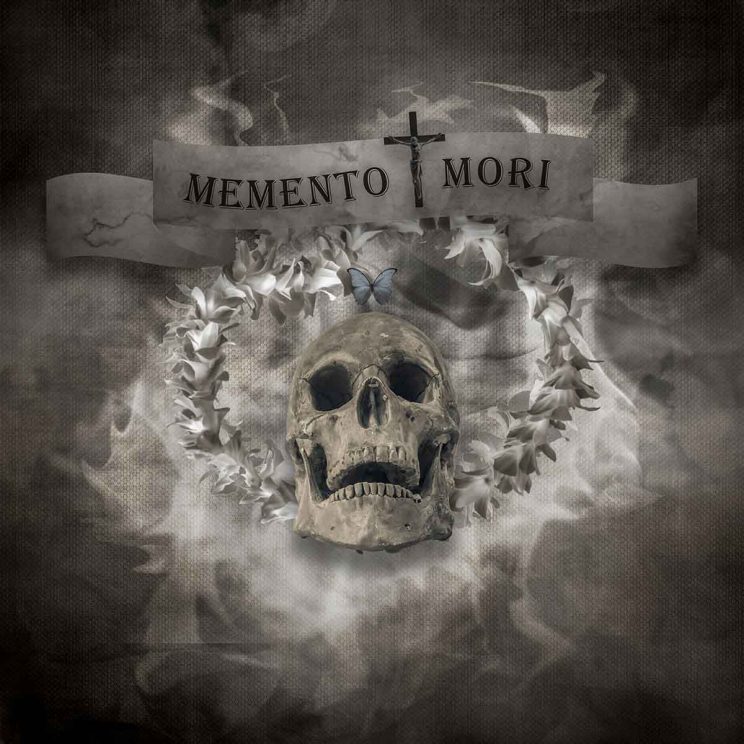 a photo illustration depicting memento mori, a reminder of one’s death. The Lenten devotional was designed by Sister Theresa Aletheia Noble to help others meditate on the moments of their lives and ultimately remember Christians hope in the Resurrection — made possible through Christ’s victory over sin and death. (CNS illustration/Lisa Johnston, St. Louis Review)

We have one life. What are we doing with it? Are we remembering our death?

To some it sounds strange, but that’s what a Daughter of St. Paul is doing through her revival of an ancient practice called memento mori — or remembering one’s own inevitable death.

Sister Theresa Aletheia Noble’s new book, “Remember Your Death: Memento Mori,” was released by the Daughters of St. Paul in January. Now in its second printing, the Lenten devotional was designed to help others meditate on the moments of their lives and ultimately remember our Christian hope in the Resurrection — made possible through Christ’s victory over sin and death. A companion journal was published last year.

The project came to fruition through doing what the Daughters of St. Paul do best — evangelizing through media. Sister Theresa Aletheia shared her personal reflections on memento mori in a series of tweets after she placed a small skull on her desk as a reminder of her death. What she found was that those tweets — more than 550 over the period of about a year — also struck a nerve with her followers, which now amount to more than 27,000. Her Twitter and Instagram handle is @pursuedbytruth.

Even before she entered the community, Sister Theresa Aletheia learned that the Daughters’ founder, Blessed James Alberione, kept a skull on his desk as a reminder of his death. “At the time, I thought that’s really metal and cool and I’m going to do that at some point, but I didn’t really understand why he did that,” she said in a phone interview from her convent in Boston. She tucked away the idea in the back of her mind during religious formation, vowing to follow up on it.

In the fall of 2017, another sister in the community gave Sister Theresa Aletheia a small ceramic skull to place on her desk. To keep her promise to reflect on death, she decided to share some reflections on Twitter using the hashtag #mementomori.

“As I was doing it, I was feeling this monumental shift in my spiritual life,” she told the St. Louis Review, newspaper of the Archdiocese of St. Louis.

Others were finding the same, too, as evidenced through messages she received. One man wrote to her about how he was suffering from insomnia and feeling overworked at his job. He read one of her tweets that included a passage from Scripture. The man told her it inspired him to go back to church. The first day he walked into church, he heard the priest citing the same Scripture passage that Sister Theresa Aletheia referenced.

The ancient practice of remembering death “can bring joy, focus and fruitfulness to anyone’s life,” she wrote. “However, for the Christian, it is a practice that extends beyond the reality of earthly life and bodily death. In the power of Jesus Christ, the Christian practice of memento mori reaches past the horizon of this life and into the eternal happiness of heaven.”

The feedback she’s received from the devotional as well as her posts on social media have come from a variety of ages and backgrounds, she said. But she’s definitely noticed an appeal to a younger audience.

Although memento mori was popularized in medieval times, it dates back to early Christianity, as evidenced through Scripture. One of Sister Theresa Aletheia’s favorite passages is from the Book of Sirach, which states: “In whatever you do, remember your last days, and you will never sin” (Sirach 7:36). In the New Testament, Jesus reminded the disciples to pick up their crosses daily and to remember their death as they follow him: “If anyone wishes to come after me, he must deny himself and take up his cross daily and follow me.” (Luke 9:23).

In that passage, “he was foreseeing how he was going to transform death. That is an exhortation from Jesus to remember death,” she said. “The difference for the Christian is not only remembering our own personal death — there is an end to this life — but Jesus has transformed our death.”

Lent is an obvious time to reflect on death, which is why she decided to create a devotional, rather than write a book.

She realizes that skulls can be uncomfortable for some people, a feeling she thinks stems from a secular culture that has distorted the image over time, reducing it to a negative image associated with things contrary to Christianity. Through the practice of memento mori she hopes the symbol can be reclaimed as a Christian one.

“Bones have a different meaning in light of the resurrection,” she recently tweeted.

The image of the skull also has been represented in Christian art for centuries, most notably among depictions of the saints, including St. Jerome, St. Aloysius, St. Mary Magdalene and St. Francis, who used skulls in their spiritual reflection.

There also are numerous churches made of bones found throughout Europe, most notably the Capuchin Crypt under the church of Santa Maria della Concezione dei Cappuccini in Rome. Built in the 16th century, the crypt includes the skeletal remains of 3,700 bodies believed to be Capuchin friars. The order has displayed the bones as a reminder of human mortality.

“Some people are shocked and find it disturbing and weird,” Sister Theresa Aletheia said. “But the people who did it didn’t think of it that way. Our view of death has de-Christianized over time. I think it’s strange if we can’t look at a skull and see resurrection in it. When people say they are shocked … that means the meditation on death would be helpful for that.” By Jennifer Brinker Catholic News Service