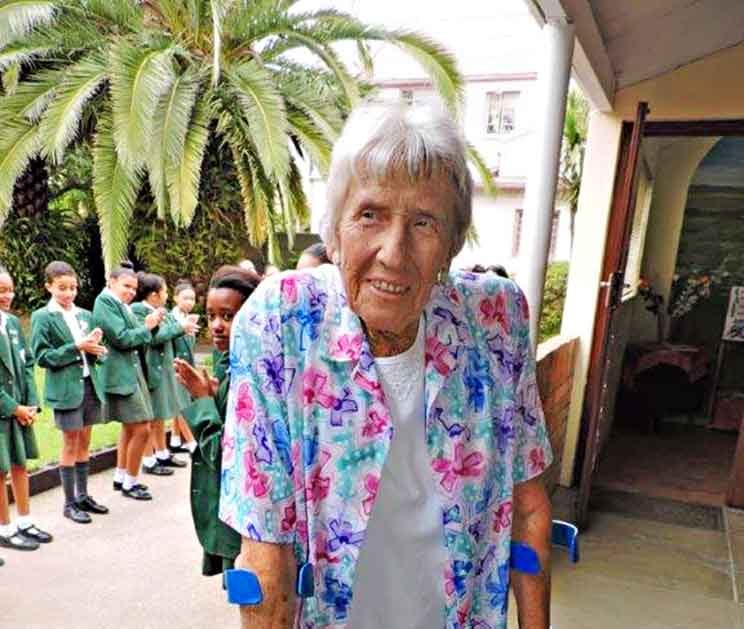 After benefiting from 40 years of faithful service, a Catholic primary school bade farewell to a dedicated educator, secretary, bursar and librarian.

Wenda Marsh retired from Uitenhage Convent Primary School, having first joined in 1978 as its secretary when her daughter started Grade 1.

The first principal she worked under was Dominican Sister Noreen Christian, the last religious to serve in that position at the school.

During her years of service, Ms Marsh coached swimming and helped to organise galas.

She and Sr Christian also produced the first Christmas play in 1978; and these have been staged every year since.

She also started netball at the school, again with Sr Christian, and coached the U/12 and U/14 teams.

From 2006 she was school librarian, encouraging learners to read.

Current principal John Dennis noted that Ms Marsh had for 40 years been integral to the convent school.

“She always strove to bring out the best qualities of all our learners,” he said.

Addressing Ms Marsh, Mr Dennis  said: “You have left an indelible mark, and we are all going to miss you.”