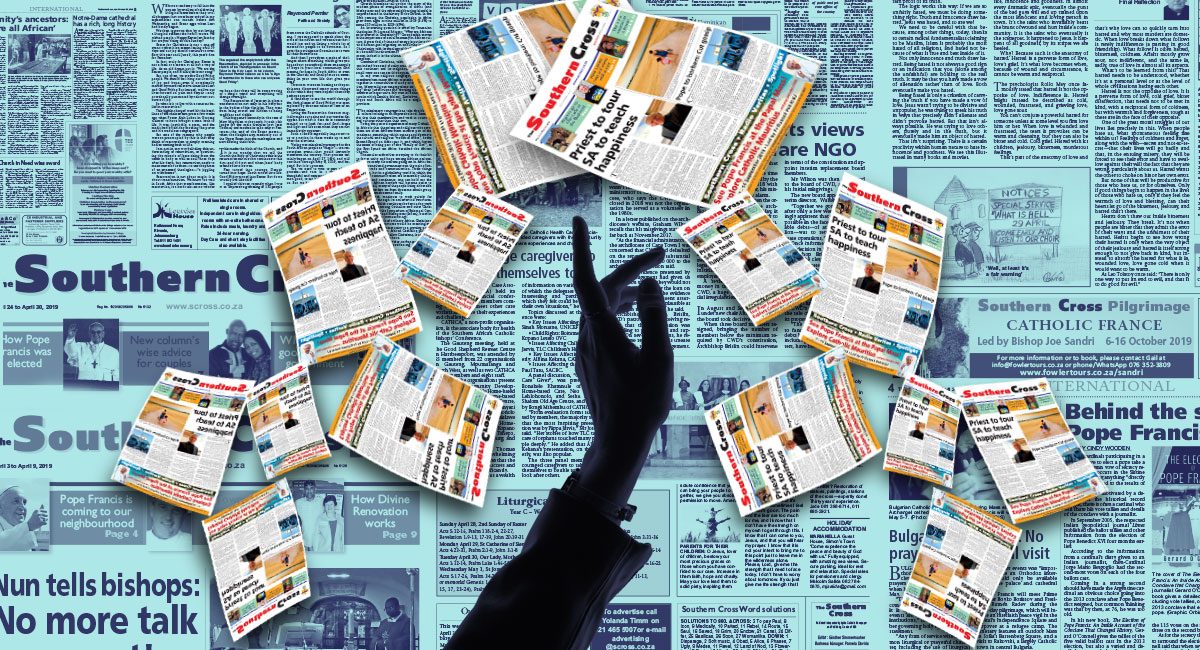 In conversation with a Catholic priest some years ago, he mentioned that the growth and understanding of the faith of a parish can be measured by the number of issues of The Southern Cross sold. He added that his parish consisted of more than 1000 families of upper-and middle-class status. Only 20 issues were sold per week.

For many Catholics, The Southern Cross remains a source of Christian formation.

But in all the years that I have attended Sunday Mass at my parish and other Catholic churches in the diocese of Port Elizabeth, no mention has ever been made of the Catholic weekly from the pulpit.

This may explain why:

The suggestion by Antonio Tonin in the same issue that the Southern African Catholic Bishops’ Conference authorise a yearly special collection to ensure the survival of The Southern Cross needs to be considered.

We need to be mindful of the following too:

The time to preserve our only Catholic weekly is now.

Saint Augustine College held its annual graduation ceremony at its Victory Park campus in Johannesburg, and was honoured to confer...