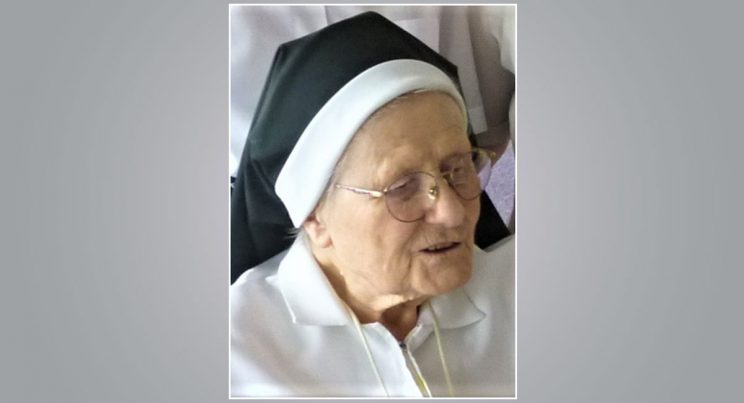 Born Gabriela Bartilla on February 2, 1922, near Breslau (then in Germany, now Wroclaw in Poland), she trained in paediatric nursing and worked as a children’s nurse in Breslau.

During World War II, she was employed in factories, orphanages and children’s homes, and as a nurse in a hospital in Breslau.

Her one desire was to work with the poor. In 1946 she entered the Dominican convent in Schwichterler, with the hope of going to work in their mission in China. However, the Chinese mission was closed and the Sisters dispersed.

Thus Sr Charitas, as she was now known, entered the Oakford Congregation in Neustadt, Bavaria.

With permission of the Holy See, her first profession was anticipated by four days as she was booked to travel by ship to South Africa. Sr Charitas made her final vows in Oakford in KwaZulu-Natal on December 8, 1952.

She completed her midwifery training at Lady Selbourne Hospital in Pretoria and worked in several Dominican communities in the nursing field, including Ekukhanyeni, Oakford, Marymount, Cala (Transkei), Marifont, and Bendell in Kimberly diocese, as local superior.

Sr Charitas loved her work and was so good with children that one of the orphans in the Oakford clinic claimed her as his mother. When he was asked at school who his mother was, he proudly said: “Sr Charitas”.

She loved to tell stories of her life and the experiences she had in various communities. Her fondest memories were of the people in Bendell, in the Oakford clinic, and in Ekukhanyeni.

During her long wait for heaven, she sometimes got impatient with God, believing God had forgotten her. In his mercy, he finally called her to her reward on Wednesday evening, March 27.