CPLO Response:  The Second 2019 State of the Nation Address 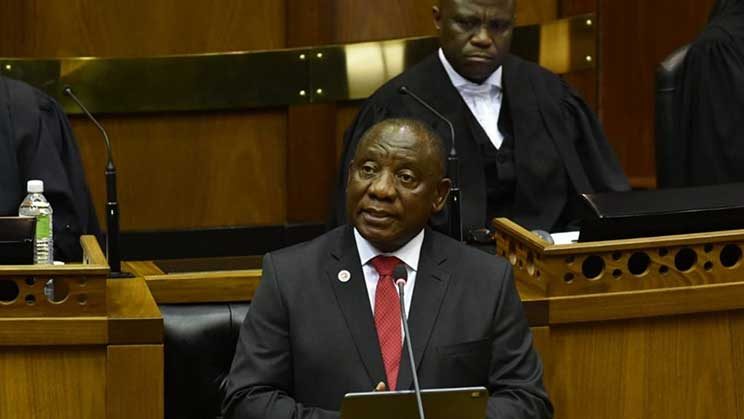 President Cyril Ramaphosa last night delivered the State of the Nation Address for the first session of the sixth Parliament of South Africa in the democratic dispensation.

Poignantly, he delivered it on the 106th anniversary, to the day, of the passage of the infamous Natives Land Act of 1913 that effectively dispossessed black South Africans of their right to land. He quoted the famous Sol Plaatje observation that “blacks woke up on that Friday morning as pariahs in the land of their birth.”

The President undoubtedly fulfilled one aspect of any SONA, and that is to inspire in a time of difficulty and to offer hope in a time of despair. He had some ringing phrases such as Ben Okri’s “our future is greater than our past.” And he wisely refrained from using another Okri quote about “magicians and politicians both diverting our attention so that we do not see what they are doing.”

It was, however, short on some of the details that would have allowed people to go to bed believing that there was a plan in place to take the country to the destination the President dreamed of. That there were some positives is clear. The Rand rallied somewhat during the speech but by the end it had lost some of its gains. Some economists argued that the movement of the currency spoke for a modest satisfaction with the direction of the speech.

The bulk of the address was devoted to the state of the economy and the President noted its dismal performance. He outlined bold plans, and articulated a wish-list that few would disagree with, but was short on the details that could have offered reassurance. He did, as part of the good news dimension, refer to the R300bn infrastructure fund which he announced last year, and said that this was part of the stimulus package and that over R250bn worth of projects were at implementation phase. He affirmed that the private sector had committed to invest R840bn in 48 projects over 19 sectors, yielding 155 000 jobs over the next five years.

But good news was in limited supply, hence the recurring encouragement to remember our resilience, and our track record as a nation of being able to turn things around. He referred to a key idea of his around social compacts and to the need to work together across other divides in favour of the common good. Some have argued in recent times that the President himself should take the lead in building cohesion with like-minded people and organisations outside of the ANC, and creating a vanguard of principled ideas. Such steps would both minimise the influence of those factions within his party that continue the corruption project, and allow the nobler side of the party to prevail; and also offer the country a united brand under which to move forward.

There was no comment on the unbundling of Eskom. The President indicated, and most parties and analysts agreed, that Eskom was too important to fail and that there was little choice but to support the R230b bail-out necessary to ensure that utility does not falter on its debts and that it remains able to provide the crucial uninterrupted energy supply for the economy. He said that details would be forthcoming. It might well be that the talk in the speech of hard decisions and trade-offs would apply to the resolution of the Eskom problem. Giving away too many details on this occasion might have set the cat amongst the pigeons.

Commentators argued that one key positive was the strong endorsement of the Reserve Bank’s constitutional mandate. Against the backdrop of the fractious debates within the ANC around the nationalisation of the Bank, the President’s comments were seen as decisive and as a direct assurance for investors.

There was support across the board for the lowering of the costs of data and for the indication that the communications minister would issue a policy directive to ICASA within the next month to ensure that the spectrum licensing process would commence. The President noted that this need was echoed by all the young people he met. He said that this was “a vital part of bringing down the costs of data, which is essential both for economic development and for unleashing opportunities for young people.”

Two other specific commitments deserve mention. Firstly, that a Gender-Based Violence and Femicide Council will be established. This will presumably draw on expertise from the non-government sector; if so, it signals not just an awareness of the seriousness of this problem, but also an encouraging realisation that many social ills cannot be tackled by state actors alone. Speakers at a recent CPLO Roundtable Discussion on domestic violence made it abundantly clear that the Domestic Violence Act has not been implemented with anywhere near the necessary vigour. The envisaged Council may be just what is needed to change this situation.

Secondly, rather than talking vaguely about improving the education system, the President focused on one key aspect – reading. All foundation and intermediate phase teachers will be trained to teach reading, and backed up by expert coaches. If this is properly followed through, it will have a massively positive knock-on effect across all subjects and at all levels of the education system.

Finally, there was some heckling from the opposition benches when the President reaffirmed that the National Prosecuting Authority and the Special Investigating Unit would continue to fight corruption and ensure effective asset forfeiture. He added that the SIU Special Tribunal was set to begin its work within months to fast track civil claims arising from SIU investigations, estimated to be in the region of R14.7b.

The President did well to offer hope and to encourage resilience, but now it is essential for him and the responsible ministers to furnish the details that will give substance to that hope. There is no time for hesitation and the needs are too great to allow party factionalism to stymie principled stands and to outweigh sober, straightforward political action. The alternatives are, as the saying goes, “too ghastly to contemplate.”