The Challenge of living in the Ordinary 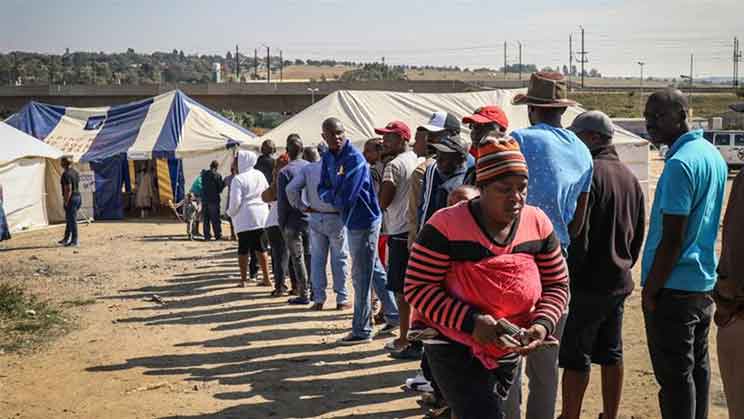 Our 2019 elections are over, and Eastertide is ending. We are back to ‘normal’, with the call to be both enduring Citizens and Christians, writes Raymond Perrier.

By now, the excitement of the 2019 elections is over. An election campaign is always full of high points — moments where a politician gives us hope for the future — and low points — many more of these when the promises lack credibility or the infighting takes over or the legitimate protest rallies turn into violent and destructive marches.

This all culminated in the voting on May 8 — success for some, setbacks for others — and now everything has gone back to “normal”. The country did not descend into civil war. But nor did the election bring about an overnight miracle of transformation.

There is a parallel here with our journey as Christians. A few weeks ago, we were in the midst of Lent — a period of reflection, making promises, trying to put our selves right.

This became even more intense with Good Friday, as we stood at the foot of the cross watching with Mary as our dear Lord suffered and died. But then a few days later we were celebrating the joy of Resurrection — our churches were filled with flowers, candles, bells and Hallelujahs! New life and transformation were now offered to us by the Risen Lord.

Six weeks later we are technically still in Eastertide—but the candles are now dripping, the flowers are drooping, and our Hallelujahs are not quite as fervent as they were.

We have to live with the reality that the transformation of the Resurrection is not an instant fix. Our daily lives continue and many of the problems that were there before are still there. Things are not as bad as they were on Good Friday. But they are not as good as we thought they were going to be on that Easter Sunday.

If that emotional journey sounds familiar, that it is because in many ways it mirrors the emotional journey of South Africa.  There was a long period of darkness (the “bad old days”) when the rights of the vast majority were ignored or actively trampled underfoot.

This was intensified in the last years of the old regime — our Long Good Friday — when it looked as if the whole country would implode. We stood at the cross not just for a few hours but for many months; we stood not just with Mary as she mourned her son; but we stood with thousands of mothers who saw their sons and daughters suffer in the final struggle for freedom amid the violence that accompanied it.

And then Freedom came. Mandela was not the Messiah but in many ways April 27, 1994 was our national Easter Sunday. The moment when the country emerged from the darkness of the tomb, blinking in the light of democracy: the promise of new life and transformation.

It was not the scene from the Book of Revelation of angels robed in white singing psalms and waving branches; but the photos of all tribes and colours standing joyfully side by side in the sunshine waiting to vote were a symbol of a new Jerusalem.

Now, 25 years later, and having just had our sixth election, the Easter Sunday feeling is no longer there. Transformation has happened but not as much as is needed.  Change has come about but not everywhere. There have been steps forward but also many steps back.

The lines to vote were not as long; the feeling of common purpose not as strong.  Certainly, things are not as bad as they were during our years of Lenten darkness. But they are not as good as we thought they were going to be on that 1994 national day of Resurrection.

What do we do? Do we just shrug it all off as a false dawn, a dream deferred (to quote Langston Hughes)?

Let us take comfort that what we are going through as a nation is close to the experience of the early Church. They had 40 days of joy with the Messiah still with them; this then ended (as we are marking this week) with his Ascension. But they were buoyed up by the belief that he would return soon.

Then, as the years moved on, the disciples and their successors had to deal with the reality of living in a world to which the Messiah had not yet returned.

The Church did not collapse. But nor did it expand and grow in an effortless and predestined way.  One step forward, two steps back!

The disciples of the early Church had to learn that Resurrection provides us with the opportunity for new life — but that we have to work hard at turning the opportunity into a reality.

In the same way, we as South African citizens have to learn that democracy provides us with the opportunity for a new nation — but that we have to work hard at turning the opportunity into a reality.

Elections are now understood not to be a magic fix. Democracy is a lot more than elections.  It is about the week-in and week-out struggle to be aware of problems, identify solutions, and keep on challenging our politicians and public servants (and ourselves) until we deliver.

We can start just by being better informed of what is happening in our towns, our provinces and our nation.

Vatican II produced a document on the laity — the first time in almost 2000 years that the Church addressed a document specifically to the 99% of people who make up the Church.

Its title — Apostolicam Actuositatem — implies in Latin that lay woman and man should intensify the work of the Apostles.

We have a dual role, as Christians and Citizens. Neither of these is easy. Both have their challenges. And both have their rewards.