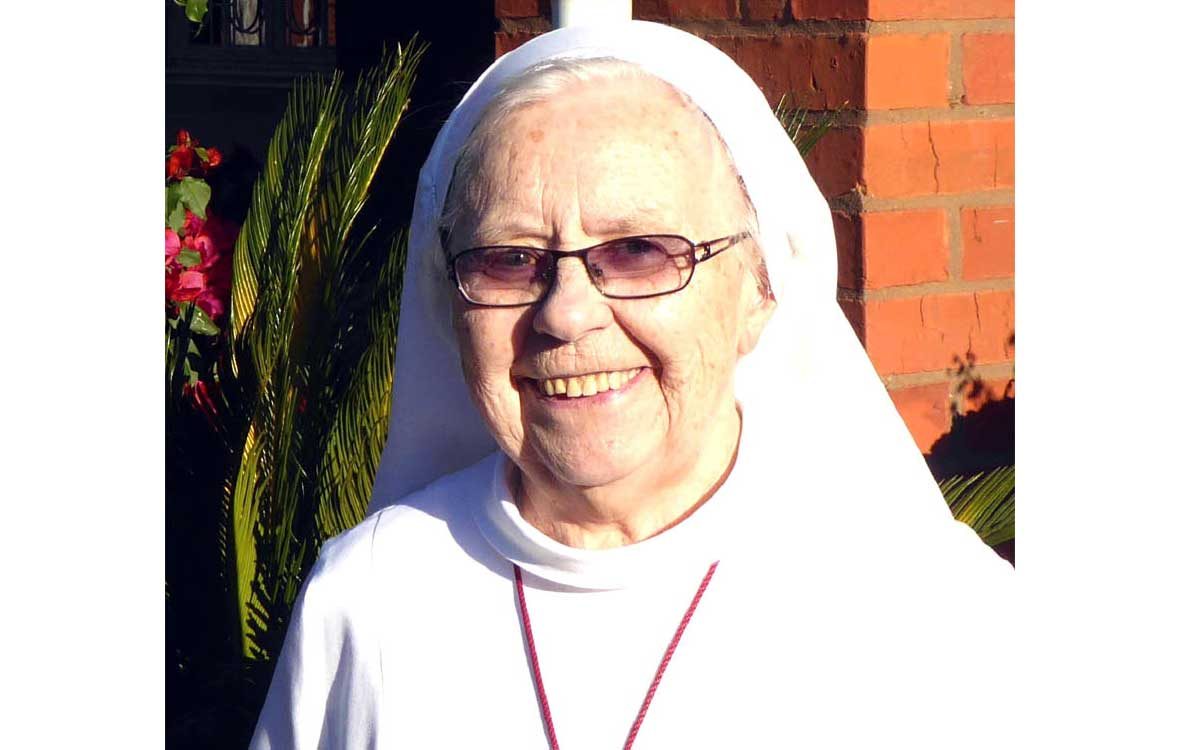 Precious Blood Sister Margaret von Ohr died on June 24 at the convent in Mariannhill at the age of 89.

She was born on January 13, 1930, to Caspar and Helene von Ohr in Heede/Ems, northern Germany, as the second of six children.

Her father was a farmer and innkeeper, and thus Sr Margaret learnt from a very early age to be co-responsible for the family.

She later wrote: “I remember how early in my life I became aware of my desire to share my faith as a missionary Sister.”

So she joined the Mission School in Neuenbeken in Westphalia, and entered the novitiate in 1952.

Sr Margaret made her first profession in 1953. The following year she was sent to Mariannhill, where she celebrated her final vows in 1957.

After completing her teacher training in 1956, she taught in Pinetown Convent School (now St Benedict) till she became superior of Mariannhill convent in 1974.

From 1986 she served again as superior of Mariannhill Convent.

Her dream to help people on the rural mission stations finally came true when in 1992 she was sent to Reichenau mission.

It was a great joy for her to assist in the building and updating of the primary schools and Malkholweni Secondary School there.

In 1994 Sr Margaret helped in Mariathal mission in a similar way. It was at Mariathal that Fr Simon gave her the name Khona Manje — “Everything had to be done at once”.

In 2002 she was transferred to St Michael’s mission where she helped mothers earn a living through the weaving project there.

Together with a mission helper and the youth, she helped to develop a garden project, the produce of which was shared with the poor.

Sr Margaret wrote about St Michael’s: “What I liked most to remember is accompanying Fr Josef Steger going up and down the hills to bring Holy Communion to the sick and elderly.”

To all mission stations in which she served she invited mission helpers who enjoyed their experience and kept contact with her.

In August 2005 she was transferred to the Sacred Heart Home in Ixopo, where she continued marketing the weaving of the St Michael’s weavers and teaching novices.

After hip surgery Sr Margaret could not walk well. Yet, she was very active, praying for and advocating vocations, keeping in contact with her family and benefactors, and helping the poor.

On May 30, she fell. She could no longer be helped in Hillcrest Hospital and was transferred to the infirmary of Mariannhill convent on June 11, where she died on June 24.

Sr Margaret was a prayerful, active and energetic person all her life. She wrote: “I am nearly 90 years old, and, with God’s help, will continue helping the poor till he calls me.”