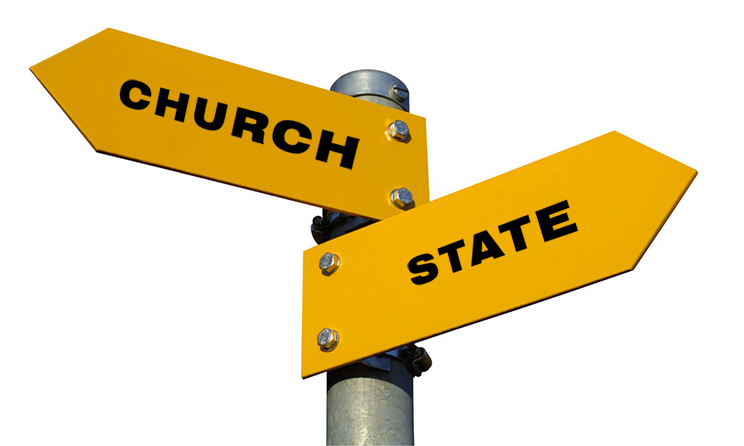 I once preached that as God had incarnated himself into our world, so he wants to be incarnated into all aspects of our lives, including politics.

There was a sharp silence, as if people were expecting me to tell them whom to vote for!

It is inconceivable that Christ does not care about our political situations. Politicians have a major influence on people’s lives. They can even declare war. They can and have enacted unjust laws.

God delivered the people of Israel from many situations of oppression, notably the escape from Egypt, the Exodus story. He used Cyrus as his instrument to liberate them from exile in Babylon. We can indeed speculate as to how he influenced specific South African politicians in the past.

In the post-synodal document on Africa’s Commitment in 2011, Pope Benedict XVI described the delicate task of the Church’s involvement in reconciliation, justice and peace, as follows:

“The task we have set ourselves is not an easy one, situated somewhere between immediate engagement in politics—which lies outside the Church’s direct competence—and the potential for withdrawal or evasion present in theological and spiritual speculation which would serve as an escape from concrete historical responsibility.”

We cannot be neutral and escape from concrete reality.

A frequent argument for non-interference by the Church in politics is that Jesus Christ never said anything against the blatantly unjust Roman rule. Some of Paul’s New Testament letters seem to be accommodating towards the unjust rulers and to the issue of slavery.

Still today, we hear people say that politics and religion do not mix — again evidence of the isolation of religion, as if it exists in an independent realm of its own.

The theologian Joe Holland, in a 2006 book on The Pastoral Circle Revisited, refers to two major poles of Catholic social tradition.

One is inherited from Moses as the liberator of slaves from Egypt, a prophetic challenger of the establishment, and Jesus as one who continued the mission of Moses.

The second is the Davidic tradition, a socially legitimising force, not open to “systemic prophetic critique” with roots in pro-Roman Pauline theology, with its seeming legitimisation of the original Roman Empire (Paul’s letters), and then the Holy Roman Empire, followed by the legitimating of the “mercantile-capitalist European empires of the 16th conquest of the Americas, as well as of the industrial-capitalist European empires of the 19th century conquest of Africa and Asia”.

Just how ethical were these enterprises? How ethical is “conquest”?

Liberation theology returned theological reflection to the symbol of Exodus, of the prophetic critique of structural captivity of the oppressed.

It received a negative response from the Vatican and was seen as close to the ideology of Marxism, the latter proffering a truly incarnational philosophy, arguing that people want their “pie” now, not to wait for the “pie in the sky” (in heaven).

The comment that to care for the poor is to make one a saint, but to ask why they are poor is to be a communist, is attributed to the late Brazilian Archbishop Hélder Câmara. It seems to reflect to a degree the wary attitude of the official Church to liberation theology.

It is interesting to note that Pope John Paul II used Marxian critique in his encyclical Laborem Exercens, on the world of work. This does not mean embracing the entire ideology of Marxism, but the acknowledgement of its validity as a critique of capitalism.

There is ample literature on the separation between State and Church, but I do support the role the Southern African Catholic Bishops’ Conference has fulfilled in their See (observe what the Government is doing), Judge (in the light of Scripture and Tradition), and Act (making a critical pronouncement).

This is the prophetic function of “Reading the Signs of the Times”, and of inserting a message into the world.

The Church cannot stay neutral, as comfortable as it may be. Politics and religion must mix, as all political actions, if examined closely, have theological implications, for better or for worse.

Values — beliefs that justify certain behaviour or actions — underlie all aspects of society, political and economic as well.

Whose values are they and what is their underlying justification? Ultimately, how Christian are they?

Fr Pierre Goldie: Big Business Must Now Give Back
Share