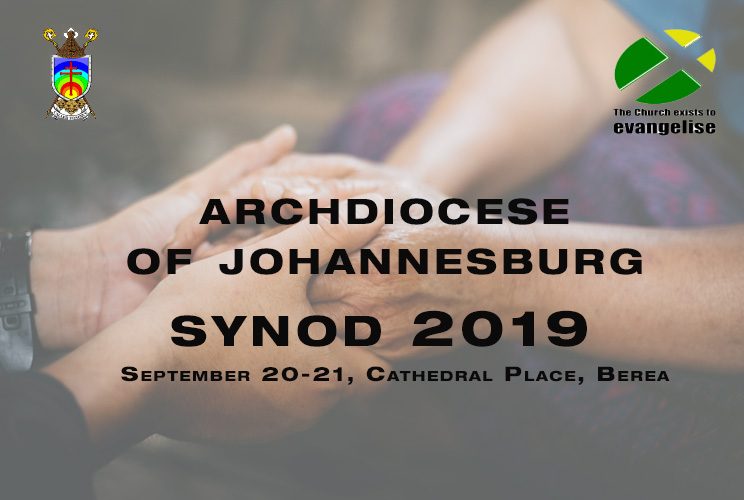 Having a diocesan synod every ten years is good practice, according to the vicar for evangelisation of Johannesburg archdiocese which is preparing for its second archdiocesan synod.

The archdiocesan synod takes place from September 20-21 at Cathedral Place in Berea.

“What we learnt from the last synod in 2008 was that unless someone is championing and promoting synod discussions and documents in the parish, it just remains a document,” said Jesuit Father Bruce Botha.

In preparation for the synod,  parish priests and synod champions — the contact persons who do the work around promoting and monitoring implementation of the resolutions — were asked to review how the resolutions of 2008 were implemented in their parishes.

They were also asked to place two questions before their communities: “What kind of Church do you want to belong to?” and “What are the obstacles that stand in our way of achieving that?”

They were then to discern, with their parish pastoral councils, the most important areas they felt the synod should address.

Of the 123 parishes in the archdiocese, 59 responded, with a large number showing they had engaged with the process thoughtfully and prayerfully, Fr Botha said.

Eight topics emerged from those submissions, and the synod preparatory committee divided these into four themes.

There was also the desire for the Church to be more accepting of the diversity of the modern family.

An important concern raised was the need to resolve racial, economic and social divisions in the Church.

There is also the awareness that the activities of the Church, pre-eminently the liturgy, should create moments of greater connection with God, so that spiritual renewal and conversion can occur.

Many parishes mentioned the need for better leadership in the Church, recognising that without well-formed leaders, both clerical and lay, the mission of the Church is unobtainable.

“The outcome we’re hoping for from this is the renewal of life within our parishes, and that the resolutions that come out of the synod help us rediscover how we are meant to live out our calling as missionary disciples,” said Fr Botha.