What is Our Heritage? 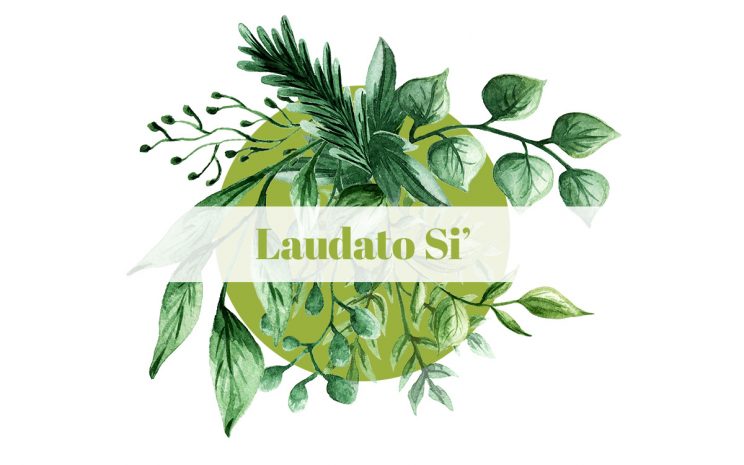 Our family and our cultural backgrounds have a great influence on the new families we form. Ways of being and traditions — social and religious — in marriage and family relationships from two families have to merge, and each has to be respected.

Practical everyday things as well as our spiritual heritage should ideally become a shared experience.

“For believers in Jesus Christ, the Word of God who became man for our sake, the life of the spirit is not dissociated from the body or from nature or from worldly realities, but lived in and with them, in communion with all that surrounds us,” Pope Francis writes in his 2015 social encyclical Laudato Si’ (On Care for Our Common Home).

Although Laudato Si’ is not new to me, my eyes were opened by this quote to a broader vision for heritage and culture, and I found a better way to bring ecology into my family-thinking.

A chapter on “Integral Ecology” has sections on “Environmental, Economic and Social Ecology”, “Ecology of Daily Life”, and the “Principle of the Common Good”. All of these have something to say about families. That warrants study and reflection in faith-sharing settings.

“The analysis of environmental problems cannot be separated from the analysis of human, family, work-related and urban contexts and their interrelatedness,” the pope says in Laudato Si’.

Social ecology is necessarily institutional and extends from the family right up to international communities. The strength and effectiveness of institutions is a core social factor and issues such as respect for the law — by individuals, corporations and governments — is a universal phenomenon, Pope Francis writes.

Respect for the law can just be a general matter, but when considered in the context of the environment, do countries and big companies take notice of laws about pollution or carbon emissions?

Laudato Si’ highlights that history, architecture, language and traditions are cultural treasures to be guarded and protected. This is being taken quite seriously in South Africa; take the battles over language teaching, or the ongoing struggle to address the history of forced removals in places like District Six in Cape Town, which lately made news.

A consumerist vision can have a levelling effect. Even fashions in clothes, the media, music and the arts can override cultural diversity. However, since local culture is part of the shared identity of each place, there is still an attraction to maintaining and visiting unique places and absorbing their vibes.

As always, Pope Francis focuses strongly on the damages of poverty and the effect of environmental degradation on the poor. Noise, overcrowding, lack of privacy and open spaces, ugliness and dirt can breed violence, criminality and instability. At the same time, the pope commends “an admirable creativity and generosity is shown by those able to alleviate the adverse effects of their surroundings”.

He describes how “the feeling of asphyxiation brought on by densely populated residential areas is countered if close and warm relationships develop, community is created and a person can feel held within a network of solidarity and belonging”.

The pope, who as archbishop of Buenos Aires was known for his closeness to that city’s poor, suggests that “any place can turn from being a hell on earth into the setting for a dignified life”.

In our constant battle against poverty as an evil, this should also be kept in mind.

Discrimination, xenophobia, consumerist attitudes, individualism and lack of respect for our own bodies are social ills that counter the common good. They impact on families, now and those of the future.

For example, wasteful consumption by young people, with an attitude of living beyond their means, may make it difficult for them ever to acquire a home, to marry and build a family.

This month, with its focus on heritage (through the public holiday on September 24) and the environment, embodies a special call to conversion towards “living simply so that others may simply live”.

That is no easy call in a world so caught up in getting more, doing more, being more. But we can see around us that more is by no means better.

For the sake of healthier family lives on different levels, Pope Francis advocates: “Christian spirituality proposes an alternative understanding of the quality of life and encourages a prophetic and contemplative lifestyle, capable of deep enjoyment free of the obsession with consumption.

“It proposes growth marked by moderation and the capacity to be happy with little. It is a return to that simplicity which allows us to stop and appreciate the small things, to be grateful for the opportunities which life affords us to be spiritually detached from what we possess and not to succumb to sadness for what we lack.”

Maybe Jesus could put it in a nutshell: “Don’t worry, be happy.”

How We Can Choose Whom to Vote For
Share

Having a diocesan synod every ten years is good practice, according to the vicar for evangelisation of Johannesburg archdiocese which...