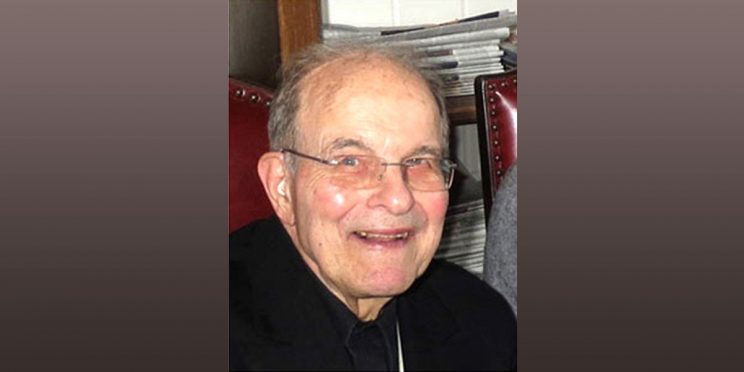 Schoenstatt Father Clemens Josef Hilchenbach died on August 20 at the age of 89.

Clemens Hilchenbach was born in Welterod, western Germany, on July 12, 1930, and wanted to become a priest from an early age.

Directly after his schooling he entered the novitiate of the Pallottines in Olpe, near Cologne, where he studied from 1952-54. He later attended the Schoenstatt theological college at Vallendar.

He was filled with zeal for Schoenstatt as a place of grace and as a movement and was drawn into the “integral core” of priests who became known as the Victoria Patris course (the victory of the Father).

This was during the difficult time when Schoenstatt’s development and founder Fr Joseph Kentenich’s position was not fully understood.

During the Word Eucharistic Congress in August 1960, Archbishop Owen McCann of Cape Town responded to a request by Fr Kentenich’s by declaring his readiness to incardinate the three priests of the Victoria Patris group — Clemens Hilchenbach, Albert Ripberger and Heinz-Werner Schneider — into his archdiocese in Cape Town.

Archbishop McCann ordained them to the priesthood in Münster, Germany, on October 18, 1961. Fr Hilchenbach travelled to South Africa in January 1962 and did pastoral work until June 1971 in and around Cape Town. He helped to build up the movement in South Africa.

As a young priest he was drawn to the contemplative life, so when the Adoration Institute of the Schoenstatt Fathers was established in 1972 he moved back to Schoenstatt in Germany to become a fulltime contemplative together with a small group on Mt Sion.

After a stroke in 2017, he became severely handicapped and needed frail-care assistance.

His Requiem Mass was on August 23. He was laid to rest in the cemetery of the Schoenstatt Fathers in Germany.

The Schoenstatt Movement in South Africa expressed its deep gratitude for all that Fr Hilchenbach did for them.