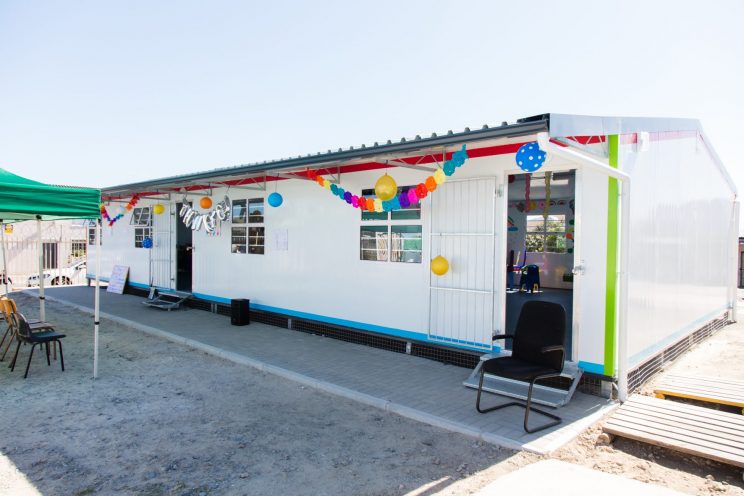 When CWD closed down last year, the retrenched staff  included the teachers of the Tafelsig Early Learning Centre (ELC) in Mitchell’s Plain.

Thanks to the principal and her assistant, they were able to keep the doors open using their retrenchment packages.

The new board of CWD, which is overseeing the winding up of the organisation, and the archdiocese of Cape Town were determined to find a solution to seeing the continuation of the school, but were still short of an answer when principal Bridgette George and her assistant Shireen van Reenen stepped in.

The centre reopened its doors on January 7.

“My first thought when I was told we were being retrenched, was, ‘What is going to happen to our children and the community,’” Ms George said.

So she and Ms Van Reenen decided to use their retrenchment money to fund the operations, “because we are living in bad and violent times and we don’t want our children wandering the streets”.

The Tafelsig ELC is a pre-primary school situated in the gang-ridden area of Mitchell’s Plain. Initially, the crèche was founded under CWD in 2002.

It is home to 85 children and has a soup kitchen feeding 150 people daily. Between breakfast and lunch, more than 300 meals are prepared per day.

“We work with children who have no parents and are raised by grandparents and caregivers,” Ms George said.

Recently, the school received two new classrooms through a joint effort between CWD and Breadline.

The funds were raised through a bequest from Sheila Heath, CWD UK, The Vallely Family, St Anthony’s parish in Dorset, England, and an anonymous donor.

The construction of these classrooms is the first stage of a three-year development project for the school. Funds still need to be raised for ablution facilities, a children’s playground, perimeter walls, and an additional three classrooms.

When Bishop Sylvester David, auxiliary in Cape Town, blessed the classrooms, he emphasised the important role of parents in the formation of their children, and also said that through awareness of the needs of the centre, other role players helped carry out the mission of Christ.

Tafelsig now has its own management board. It is one of three crèches being helped to independence by CWD and the archdiocese before CWD winds up.

Under Ms George and Ms Van Reenen’s management, the dream of providing a learning foundation for the children may be a reality for these two hard-working and dedicated women.

“There is nothing greater than having love and passion for what you do. To walk into our classrooms and see the looks on the children’s faces in the morning is wonderful,” Ms George said.

“Our calling is to make every moment of the day a success; these children are our blessings from God.”