The Diversity in Catholicism 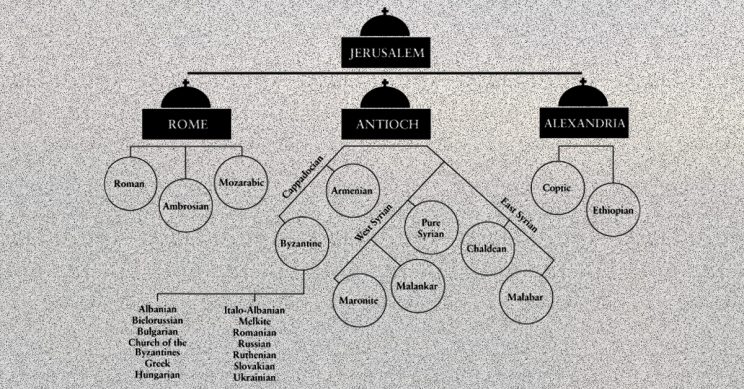 Some of the protests against the recent Synod of Bishops on the Amazon seemed to insist that there can be only one valid expression of Catholicism: the Western European model.

There were several points of heated controversy surrounding the synod. Some concerned forms of ministry, such as the proposal of married “viri probati” priests and women deacons; others focused on expressions of a culture that is alien to Western Catholicism.

In terms of the latter, the force of the reaction to the use of indigenous female figures from the Amazon region in events surrounding the synod, and their display in a Vatican church, pointed to intolerance by some of the use of local cultures and their symbols in the life of the Church.

The largely manufactured outrage led to the subsequent theft from the church of the wooden figures, which depict a nude pregnant woman as a sign of life, by two men who then threw them into the River Tiber.

It is legitimate, of course, to interrogate the use of symbols of non-Christian provenance in occasions of Catholic worship, especially when these cause confusion. If such use is inappropriate, then an informed argument to that effect may be articulated and stated, with civility and an openness to persuasion.

Amid the already heated rhetoric from opponents of the synod, the use of non-Catholic symbols was always going to be a point of controversy — and, indeed, a line of attack against the synod and the pope who called it.

Matters were not helped by the inadequate and at times arrogant communication by Church officials regarding the statues, now widely known as Pachamama, which is also the name of an Andean pagan symbol.

The use of the Pachamama statues was an obvious attempt by the universal Church to inculturate the synod. And not all the reaction to that attempt should be seen as a rejection of inculturation — the expressions of the Gospel within the cultural contexts of the particular churches. But Western European Catholicism is not the only legitimate form of expressing the faith. Indeed, Western European Catholicism itself was shaped over many centuries by the social, political and cultural systems of that region.

Some people voiced genuine concerns about the possibility of idolatry (which the Vatican failed to address until after the theft of the statues).

Still, the aggressive opposition to the statues may be interpreted as a form of ecclesial xenophobia.

Eastern Orthodox Christianity, which is as old as Roman Catholicism, has its own set of practices because it reflects the social circumstances of its regions and times, spanning centuries. The same applies to other ancient denominations, such as the Coptic, Ethiopian and Armenian Churches.

That is true even within the Catholic Church, which includes several Eastern rites, such as Maronite, Melkite, Syriac, Chaldean, Coptic, Greek, Syro-Malabar and so on.

Apart from liturgical differences, the Latin-rite discipline of obligatory clerical celibacy, for example, does not apply in the Eastern Catholic rites. Those who claim that the celibate priesthood is the only legitimate sacerdotal model delegitimise the entire priesthood of Catholic clergy in the Eastern rites, which can trace their succession to apostolic times — an age when most of Europe was still decidedly pagan.

Those who claim that the celibate priesthood is the only legitimate sacerdotal model delegitimise the entire priesthood of Catholic clergy in the Eastern rites, which can trace their succession to apostolic times — an age when most of Europe was still decidedly pagan.

In short, all churches have been inculturated. Indeed, St Paul himself integrated the prevailing culture of his missionary territories into his proclamation of the Gospel.

The Second Vatican Council in its constitution on sacred liturgy, Sacrosanctum Concilium, encouraged prudent inculturation: “: “Even in the liturgy, the Church has no wish to impose a rigid uniformity in matters which do not implicate the Faith or the good of the whole community; rather she does respect and foster the genius and talents of the various races and peoples.

“Anything in these peoples’ way of life which is not indissolubly bound up with superstition and error she studies with sympathy and, if possible, preserves intact. Sometimes in fact she admits such things into the liturgy itself, so long as they harmonise with its true and authentic spirit.”

Why shouldn’t the Pachamama — a symbol of motherhood, procreation and life — have application in proclaiming the Good News?

Conversely, what distorted message of cultural chauvinism is communicated by those who summarily deny others the right to use symbols and practices that make sense in different cultural contexts?

This is a crucial question also for the Church in Africa as it proceeds on the path of inculturation.

In the coming weeks we’ll have an opportunity to test those who rail against the Pachamama for double standards.

Will such people register strong objection to the use of the Christmas tree — which originally was a pagan symbol — in Christian life?