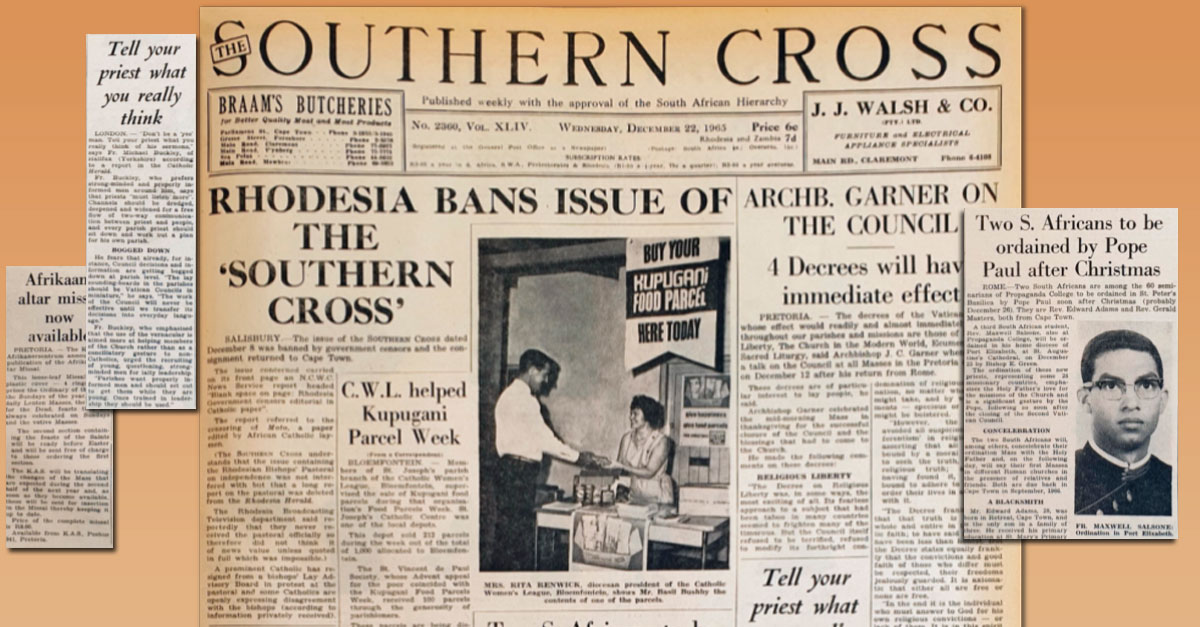 Two South Africans will be ordained to the priesthood by Pope Paul VI: Revs Edward Adams (future bishop of Oudtshoorn) and Gerard Masters of Cape Town. Rev Maxwell Salsone of Port Elizabeth will be ordained in his home diocese. All three are studying at Propaganda College in Rome.

The Vatican Congregation of Rites has banned further veneration of Bl Simon of Trent, a small boy allegedly murdered by Jews in 1475. Investigations established that Simon was probably killed by non-Jews who blamed Jews for the crime.

In his editorial, Fr Louis Stubbs writes that with the final session of the Second Vatican Council drawing to an end, “it is now that throughout the whole Church the work of implementing the directions of the council must become more and more effectively done”.