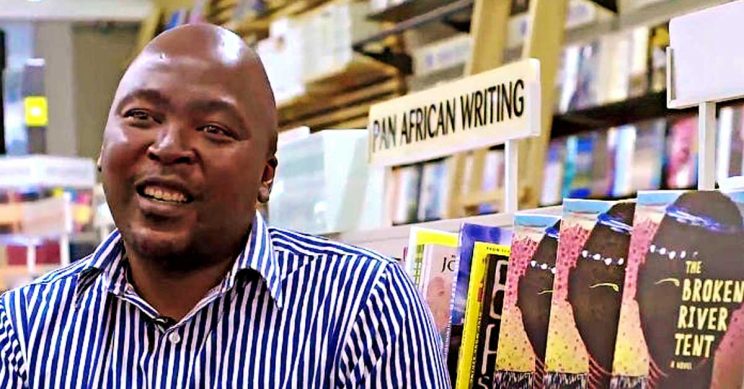 Mphuthumi Ntabeni, a Southern Cross columnist, was awarded the University of Johannesburg’s Debut Prize for South African writing in English for his first novel, The Broken River Tent. The book chronicles the story of Maqoma, the Xhosa chief who was at the forefront of fighting British colonialism in the Eastern Cape during the 19th century.

A Southern Cross columnist has won a prestigious literary prize awarded by the University of Johannesburg for South African writing in English.

Mphuthumi Ntabeni was awarded the Debut Prize for his first novel, The Broken River Tent.

Gabeba Baderoon won the Main Prize for her book of poems The History of Intimacy.

This year more than 60 works of fiction, poetry, short stories, essays and biography were under consideration for the prize.

The Broken River Tent, published by Blackbird Books (an imprint of Jacana Books), is a work of historical fiction about Maqoma, the Xhosa chief who was at the forefront of fighting British colonialism in the Eastern Cape during the 19th century.

Mr Ntabeni is a parishioner in Constantia, Cape Town.