Pray with the Pope January 2020 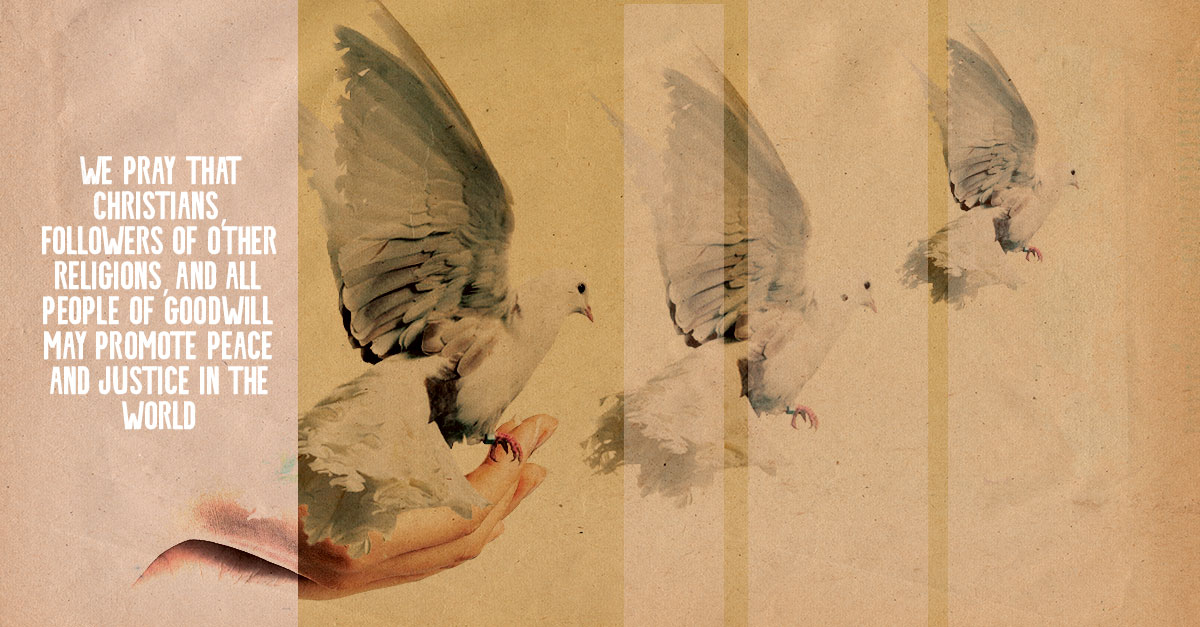 Living In The ‘Age Of Anger’

General Intention: We pray that Christians, followers of other religions, and all people of goodwill may promote peace and justice in the world.

Do we live in an “age of anger” in which peace and justice seem ever more difficult to attain? Looking around the world as the post-World War II geopolitical arrangements unravel, it certainly seems so.

Add the magnifying effect of the media, and it is hard not to agree that we live in an angry, raging world.

That we do live in such an age is powerfully argued by the Indian writer and political analyst Pankaj Mishra in his 2017 book by the same name: The Age of Anger. The subtitle is intriguing: “A History of the Present”.

Mishra has an interesting and unsettling take on how we got to this angry modern world with its apparently random mass shooting, terrorist bombs, seemingly endless wars and sudden uprisings.

The keyword in his work is the French term ressentiment. It’s hard to put into English. “Resentment” is far too bland a translation. Ressentiment is the deep envy, rage and hostility of frustrated persons and peoples who feel they have lost out to and been victimised by others.

It is the sentiment of people who have been reduced to serfdom and it can easily explode into revolutionary violence.

Mishra locates the source of this global ressentiment in a rather unlikely place: the European Enlightenment with its big ideas which still hold sway today—the importance of scientific thought, universal human rights, economic and social progress built on technological progress rooted in the science.

These are not bad ideas in themselves, he admits, but they did have unintended consequences. They presented the world with a materialistic and consumerist ideal of human fulfilment to which much of humanity today aspires but with very little hope of being able to attain.

The developed world has made it into this materialistic “heaven” often exploiting colonial empires, but the billions of citizens of these ex-colonies are unlikely ever to find admittance into this consumerist paradise, and deep down they know it.

The Enlightenment unintentionally set the world up to fail.

At the same time, traditional cultures have been eroded by Western-led globalisation. Hence vast populations in what we used to call the “Third World” feel they have been doubly robbed, and this is the source of their deep ressentiment.

This deadly sentiment is not only felt in developing countries. In the more unequal developed nations, sudden outbursts of violence by radicalised loners against scapegoats, such as new immigrants, also manifest it.

We often tend, rather simplistically, to see much of the violence in today’s world as being fuelled by ethnic and religious divisions. Obviously they do play a role. But we need to go beneath the surface of the media soundbites to see what is really going on.

This age of anger is the global backdrop of the intention Pope Francis puts before us.

He rightly sees the importance of the world’s great religions working in concert as part of the solution. If these faiths are seen to cooperate, then this gives lie to those who would blame religious belief as an inevitable source of conflict.

If people of faith work and pray together for the peace and harmony which ordinary people desire, then the real sources of the divisions and angry resentments of the world—such as obscene economic inequality, a consumerist ideology and ecological devastation—will become clearer.

Pope John Paul II had a vision of the great Abrahamic religions—Judaism, Christianity and Islam, along with all other religions—being a faith-filled force for good in the world, especially for peace.

These gatherings gave rise to the World Day of Prayer for Peace, every year on January 1.

This month’s intention is an invitation to participate in this prayerful, worldwide supplication for a less angry and more tranquil and united world.