To Beat the Devil 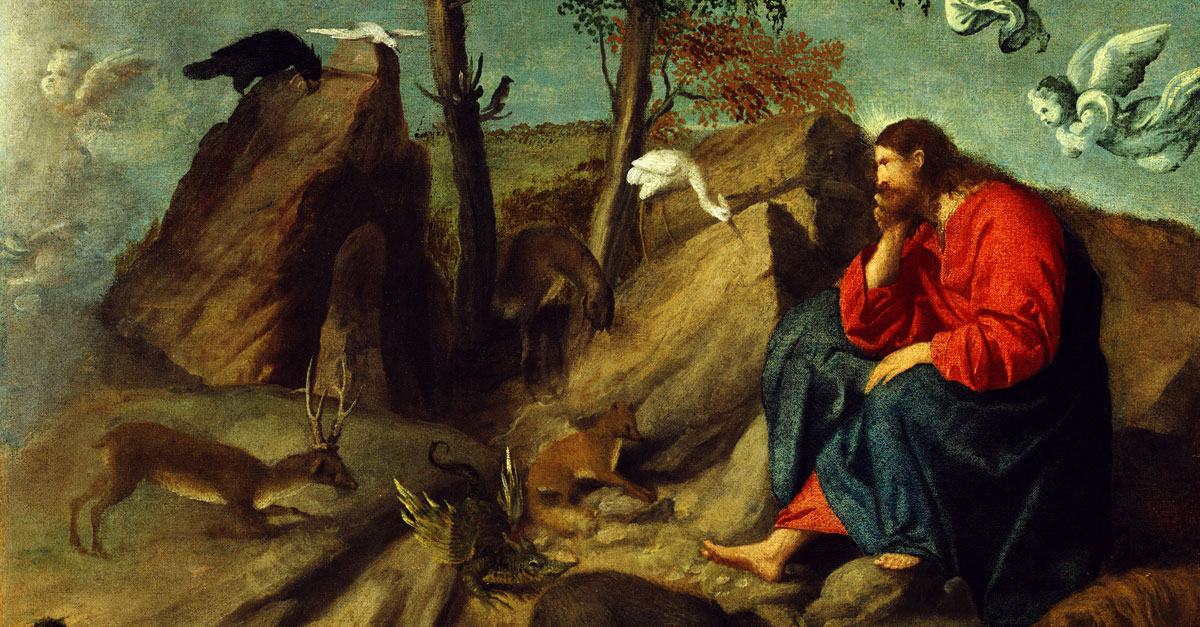 Christ in the Wilderness. Painted by Moretto de Bescia

After his cousin John baptised him in the River Jordan, Jesus withdrew to a mountain in the desert to spend forty days and nights in battle with temptation.

The temptations Jesus faced during that period are personified in the form of the devil.

There is something old-fashioned about the idea of the devil. Certainly, there is dubious value in the image of a hideous figure with horns, tail and hooves presiding over a furnace with his pitchfork. If this is the devil which believers reject, they are quite entitled to do so.

Pope Francis, however, warns repeatedly that the devil is real, and not just a symbol.

In his 2018 apostolic exhortation Gaudete et Exsultate, the pope stated the case: “We should not think of the devil as a myth, a representation, a symbol, a figure of speech or an idea. This mistake would leave us to let down our guard, to grow careless and end up more vulnerable.”

The devil, he said, takes advantage of that vulnerability, and “poisons us with the venom of hatred, desolation, envy and vice”.

The devil, he said, takes advantage of that vulnerability, and “poisons us with the venom of hatred, desolation, envy and vice”.

The pope acknowledges that the devil does not manifest himself in the forms of medieval myths. Nor, it may be added, does God, who is traditionally conceptualised as an old, bearded white man.

We must not be deceived to see the work of the devil only in war and oppression, or in acts of depraved evil. The devil is present in daily temptation, sin, corruption, envy, hatred, injustice, lust for power, and so on. And so the devil is around us all the time, looking for ways to touch and dominate us.

On that mountain in the desert, the devil challenged Jesus. But the Son of God did not enter into a dialogue with the devil. He responded to the three challenges only with the Word of God, as the pope reminded us in a discourse on the temptations on the mount last March.

Pope Francis described the temptations as “three paths that the world always proposes with the promise of great success”: greed for possession, human glory, and using God for “graces that in reality serve and will serve to satisfy our pride”.

These, he said, “are the three paths that will lead us to ruin”. While all three temptations give the illusion of happiness and success, they are completely foreign to God’s way of acting and serve to separate us from God..

While all three temptations give the illusion of happiness and success, they are completely foreign to God’s way of acting and serve to separate us from God.

“If we become careless, the false promises of evil will easily seduce us,” the pope warned.

In the fight against the devil, Pope Francis said in Gaudete et Exsultate, cultivating what is good, progressing in the spiritual life, and growing in love are the best ways to counter evil.

However, those who choose to remain neutral and “renounce the ideal of giving themselves generously to the Lord, will never hold out”.

Lent, the season when we are called to purify ourselves, is a time when we must strive to banish the devil, whose poisoned gifts are so attractively presented. It is a time when we are called in a particular way to seek the presence of God, to bridge all that is separating us from God. We do so by switching off the noise of the world to be with God in prayer and by opening ourselves to give and receive the love and justice that God calls us to.

We do so by switching off the noise of the world to be with God in prayer and by opening ourselves to give and receive the love and justice that God calls us to.

Of course, the promises of the devil are attractive: power, wealth, glory, sex, revenge on those who wrong us… These are the traps by which the devil ensnares us.

The good news is that we are always empowered to rebuke the devil, and the Church provides us with the tools for doing so: prayer, Scripture, the Eucharist, adoration of the Blessed Sacrament, participation in the sacraments, fasting, the intercession of Mary, and so on.

Pope Francis reminds us of the remedies: “An interior life, faith in God and the certainty of his love, the certainty that God loves us, that he is a father and with this certainty we will overcome every temptation.”

This Lent the Church calls us again to purify ourselves; to choose, like Jesus in the desert, God above the promises of the devil.

John Paul II at 100 – His Life and Legacy
Share