Church Urges a New Economy and a Day of Prayer 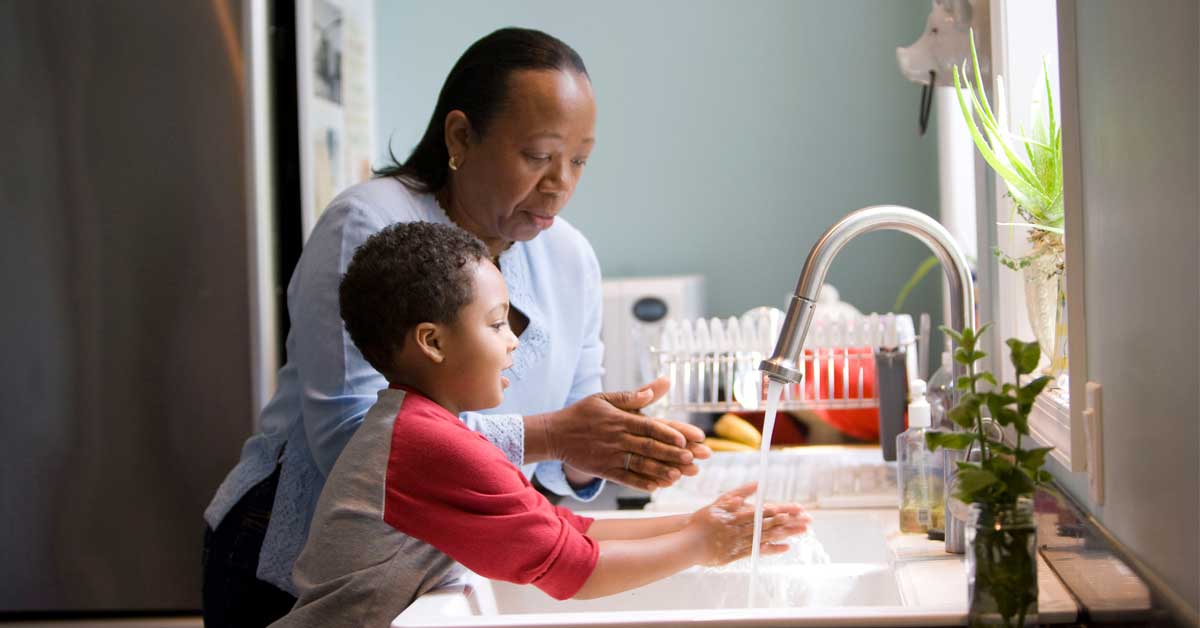 Hand-washing is important in warding off Covid-19 infection. In a new pastoral letter, the South African Council of Churches has commented on various social and faith issues related to the coronavirus crisis.

Hand-washing is important in warding off Covid-19 infection. In a new pastoral letter, the South African Council of Churches has commented on various social and faith issues related to the coronavirus crisis.

Addressing “a nation boxed in by the double whammy of Covid-19 and the junk status of our economy”, the South African Council of Churches (SACC), of which the Catholic Church is a member, has called for a post-crisis restructuring of the economy that is inclusive and for the benefit of all.

“The big question is whether inequality can ever be addressed without measures to slow down the rate of wealth growth for the extremely wealthy while building up the capacity for wealth creation by those in the dungeons of poverty,” the SACC said.

The Covid-19 crisis “has laid bare the effect of poverty and inequality in South Africa,” the council noted. It warned that “some will use the government relief provisions for evil and greed.

Please look out for who will use this as opportunity for corruption and personal gain.” Such people should be identified and reported to the SACC’s “Mpimpaline” on 0800 111114.

The SACC also counselled prudence in the consideration of reopening churches. “We have supported suspending public worship for very practical pastoral reasons, and it is necessary to remind ourselves of that context today,” the pastoral letter said.

It noted that while 80-85% of the infected will not be seriously affected by the virus, it poses a lifethreatening danger to the remaining 15-20%.

“These realities require of leaders to think carefully and prudently about the conditions under which we can encourage a return of the faithful to congregation worship,” the SACC said.

To that end, the SACC National Church Leaders Forum has established a task team, chaired by Anglican Archbishop Thabo Makgoba, to address “the question of what will be the new normal for churches, and how we can continue to worship while containing the spread of the virus and protecting our most vulnerable”.

After discussions by all Church leaders, the SACC will make submissions to government “on the proposed way forward for church worship”.

The SACC noted that some churches, mainly in urban areas, have been using technology to offer services to congregations in their homes.

Noting that receiving streamed material is expensive in data costs, the SACC said it is exploring with the public broadcaster a way by which various Christian and other faith traditions might “have a day when a slot can be afforded for a moment of worship that allows the faithful to hear a familiar approach to worship on their radio and television”.

The SACC condemned violence, by security personnel and in homes, during the lockdown. “South Africa has earned the unwelcome notoriety as the home of gender-based violence, gruesome rape, and killing of women in what has been dubbed the Republic of Sexual Abuse,” it said.

“Such domestic abuse has increased frighteningly now with victims trapped in lockdown with abusers.” The SACC also noted that there have been “several cases of reported brutality and excessive force used by members of the security forces on people in the context of the managing and enforcing lockdown regulations…against poor communities of mainly black people”.

“We take a very dim view of this, and call on the political and operational leaders of these forces to not be inordinately defensive, but to look seriously into this tendency, investigate every reported case, and act decisively and transparently,” the SACC said.

“This is important for the continued support of the work of the security forces in their necessary role through this difficult episode of human history.” The council also addressed domestic violence. It praised frontline workers in the fight against Covid-19, including health workers, and police and army personnel.

“We ask you to pray for them as they risk getting infection for the sake of our collective health. Let us find ways to support their families as they live in our midst,” the SACC said.

The council said it plans to hold a National Day of Prayer, including all faith traditions, to “take a moment to thank God that infections have remained relatively low” in South Africa.

“It is a time for us to remember those who have lost their lives, and to thank God for the hard work of those whose job is to save lives and protect the nation from the worst, the frontline workers.”