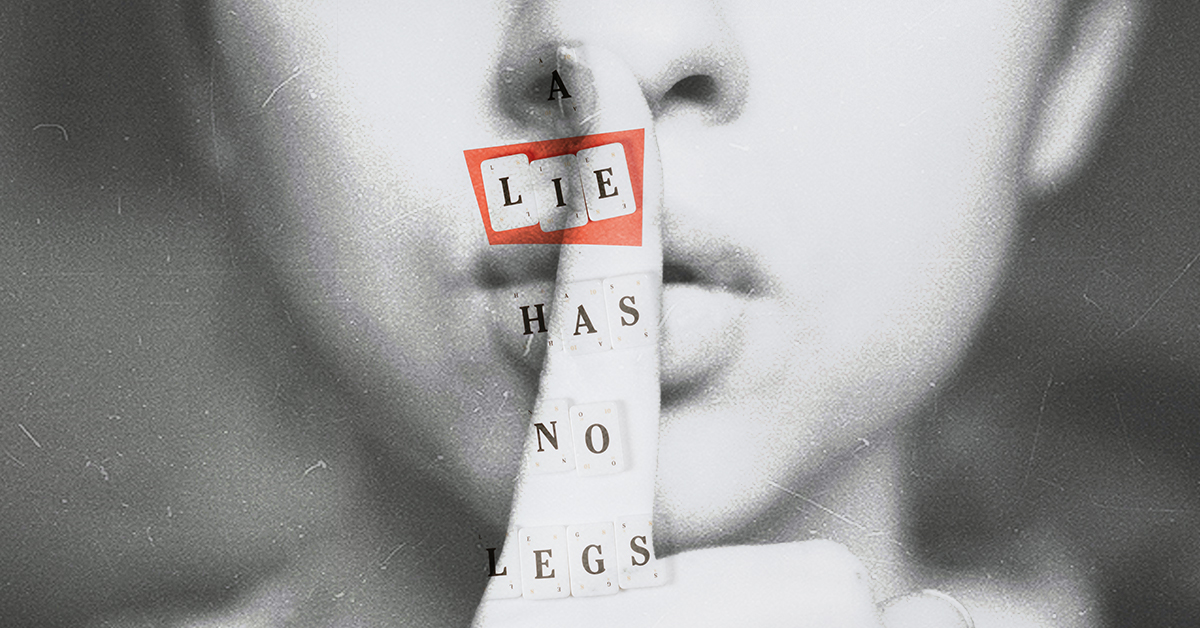 The Eighth Commandment admonishes us not to bear false witness—but the sin of lying is becoming ever-more easy to commit as our access to means of communication increases.

When we spread false information on social media, blogs or email, we make ourselves complicit in the act of bearing false witness, knowingly or unknowingly.

Of course, fake news is not a new phenomenon. Disinformation and propaganda are age-old strategies in the games for power and influence.

Often they fuel wars and violence, as the histories of places like Nazi Germany, Rwanda or Cambodia teach. But in the past, fake news was the domain of political leaders, writers and news media.

Today, anybody with Internet access can produce disinformation—in order to manipulate public sentiment, to “satirise” current affairs, to demean others, to spin conspiracy theories, or just to accumulate clicks—and circulate it under a banner of implied credibility.

And their mischief is then distributed by other users of the Internet.

Combined with an increasing distrust of traditional media, especially in the West, the spread of fake news is creating uncertainty among many people who then abandon discernment and believe only what they want to believe— usually to confirm their own preconceptions and prejudices.

In his message for World Communication Day, observed last Sunday, Pope Francis noted: “Often on communication platforms, instead of constructive stories which serve to strengthen social ties and the cultural fabric, we find destructive and provocative stories that wear down and break the fragile threads binding us together as a society. “By patching together bits of unverified information, repeating banal and deceptively persuasive arguments, sending strident and hateful messages, we do not help to weave human history, but instead strip others of their dignity.”

The effect of spreading fake news, which is becoming increasingly sophisticated, is almost always injurious.

The purpose usually is to fan the flames of fear and prejudice, provoke anger, or to feed wild conspiracy theories—of which there is no short supply in these confusing times of the Covid-19 pandemic.

People of faith who are guided by the Commandments, and all people of goodwill, must reject fake news. Those who help to spread untrue content make themselves complicit in the lie, whether they share the falsehood deliberately or unknowingly.

Ignorance simply is no defence.

When we see people share evident untruths, we Christians have a moral obligation to make them aware of their complicity in lies.

We must do so not in a spirit of reprimand but as an act of charity, to keep such people from committing the sin of breaking the Eighth Commandment.

It is incumbent on all of us who consume social media and news to become savvy about what we read. There are techniques of media literacy which all consumers of media and users of the Internet should master.

Firstly, be incredulous. If a report makes a big claim, be suspicious and research if credible news sites have covered that news in a slightly different way.

If no credible news source reports that Bill Gates has advocated genocide, or the pope has praised the devil, or cancer has been cured, then it’s probably fake.

Check if the article is from a “satire” or fake news site dressed up as a news organ.

Does it provide reliable sources? Is the writing style professional? If in doubt, use myth-busting sites such as Snopes.com to confirm whether a story has already been flagged as fake, or confirmed as true.

Secondly, be discerning. If a headline rouses you to anger or fear, calm down and employ the steps above. If the story is true, there’s still time to get angry or fearful.

Beware of alarming capital letters in headlines to articles and YouTube videos.

If the assertion in the article or video is supported by the claim that it is the mindblowing truth the mainstream media doesn’t want you to know, then it is almost certainly a fabrication or conspiracy theory.

Let us pray for the facility of discernment in the face of information overload, so that we may not be tempted by the cynical to become party to the sin of lying.