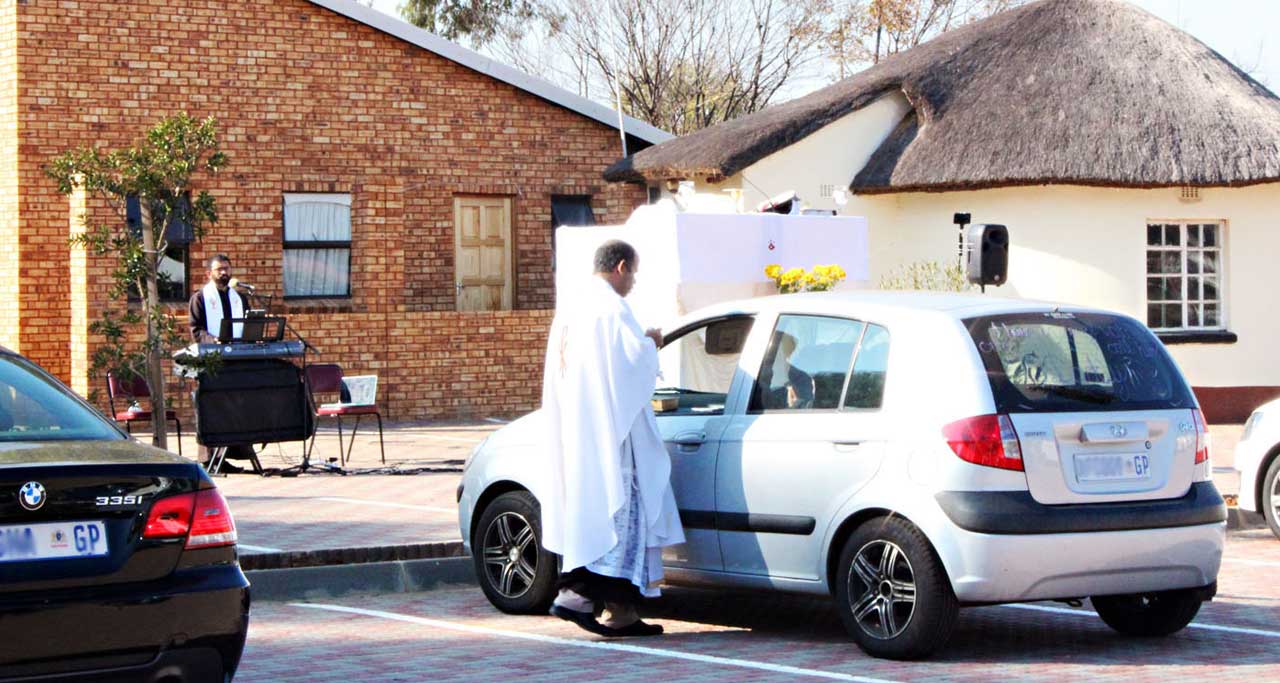 The Carmelite Fathers in Benoni, Gauteng, borrowed a page from the drive-in cinema model when they held their first drive-in Mass for the faithful on Saturday and Sunday.

Due to the Covid-19 pandemic and government restrictions on all public gatherings, priests have had to come up with innovative ways to celebrate Mass together with parishioners, all while adhering to guidelines that limit the number of people who can gather, in an effort to slow the spread of Covid-19.

This was the case when 50 cars gathered in the parking lot of Our Lady of Mount Carmel in Benoni this past weekend, where Frs Ryan Pais and Arvin Tauro celebrated their first drive-in Mass on Saturday at 16:00 and on Sunday at 09:00.

“We received such an overwhelming response to our drive-in Mass, that we had to close the gates on Saturday at 15:30 and turn people away as we had reached capacity,” Fr Pais told The Southern Cross.

On entering the premises, parishioners were asked to fill in a register and provide their car registration details.

They were also told that they are not allowed to leave their cars while hearing the Mass. Even the cars had to social distance.

The pulpit was moved to the parking lot and parishioners watched Frs Pais and Tauro from a specially raised outdoor altar, while speakers also broadcast the Mass across the church carpark.

The priests distributed Communion as congregants sat in their cars.

“The parishioners were very happy and have requested possibly increasing the number of Masses, which we are considering. We are looking at celebrating maybe two or three Masses a day,” Fr Pais said.