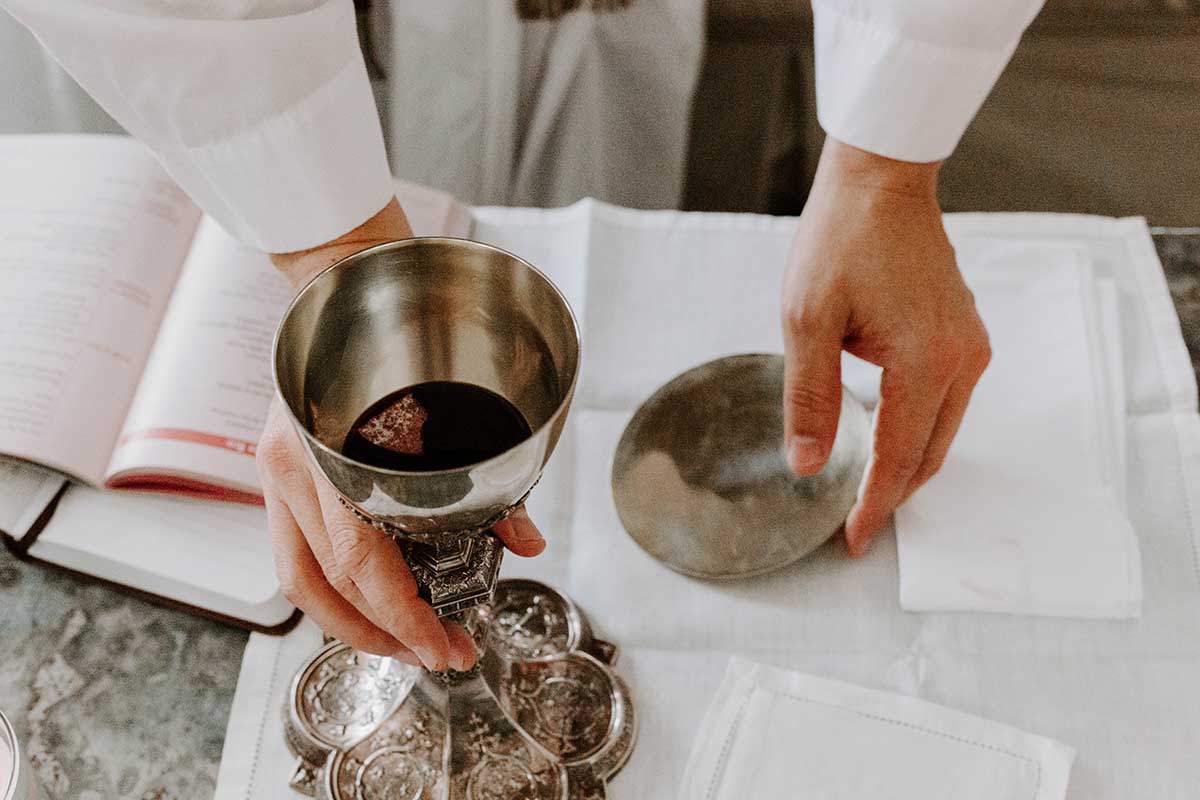 According to Acts 6:5-6 the Apostles ordained seven men as deacons. Nowhere in the New Testament is there a record of men being ordained priests. How can we explain this? Surely the ordination of priests must have been an important event in those early times.

Priests in the Holy Land at the time of the twelve Apostles were officials of Jerusalem’s temple. Their job was to offer animal sacrifices to God and to do other sacred rituals on behalf of the people.

There were no other known priests, so when the Apostles began to preach the Kingdom of God, they did not and could not consider themselves priests. How, then, do we have our priests in the Church?

In New Testament passages such as 1 Corinthians 12:28 and Ephesians 4:11, St Paul refers to apostles, prophets, teachers, pastors and evangelists. They played key roles in providing support to the twelve Apostles as they coped with growing numbers of converts.

Acts 2:41 tells us that these groups of new Christians were united in the breaking of bread and prayer. That is, they shared the Eucharist together. To do that they needed at least one of the Apostles, because it was only to the Apostles at the Last Supper that Jesus gave the command to “do this in memory of me”.

Twelve men could not be everywhere at all times, so there must have been helpers to whom the Apostles passed on the singular spiritual power given them by Christ, to preside at the Eucharist.

The sacred words “This is my body which is given up for you” and “This is the chalice of my blood which is poured out for you” point directly to Christ’s self-sacrifice on the Cross as our High Priest. The word “priest”—from the title of those who performed sacred rituals—thus came to be associated with the celebrant at Mass.

Later, this distinction developed to identify bishops as leaders of a Christian community, and priests as their cooperators in spreading faith and order as willed by Christ. All bishops are priests. Not all priests are bishops.

Priestly ordination came from experience. The Apostles applied their mandate from Christ to preach the Gospel to all nations, and ordained men to help them do it.

Our bishops, priests and deacons all share in the single priesthood of Christ. Deacons were ordained by the Apostles for immediate needs in their time and in the future. As time moved on, the priesthood evolved to join them.

After 19 years, this is the final ”Open Door” column.

We thank Michael Shackleton for the hundreds of erudite answers to readers’ questions and are delighted that he will be part of our panel of experts in the Q&A section of the new Southern Cross magazine.

Vatican: Laity Have Role, But Most Parishes Must Be Led By Priests
Share