Cardinal Sees Disconnect between Pope and most Catholics on Sustainability 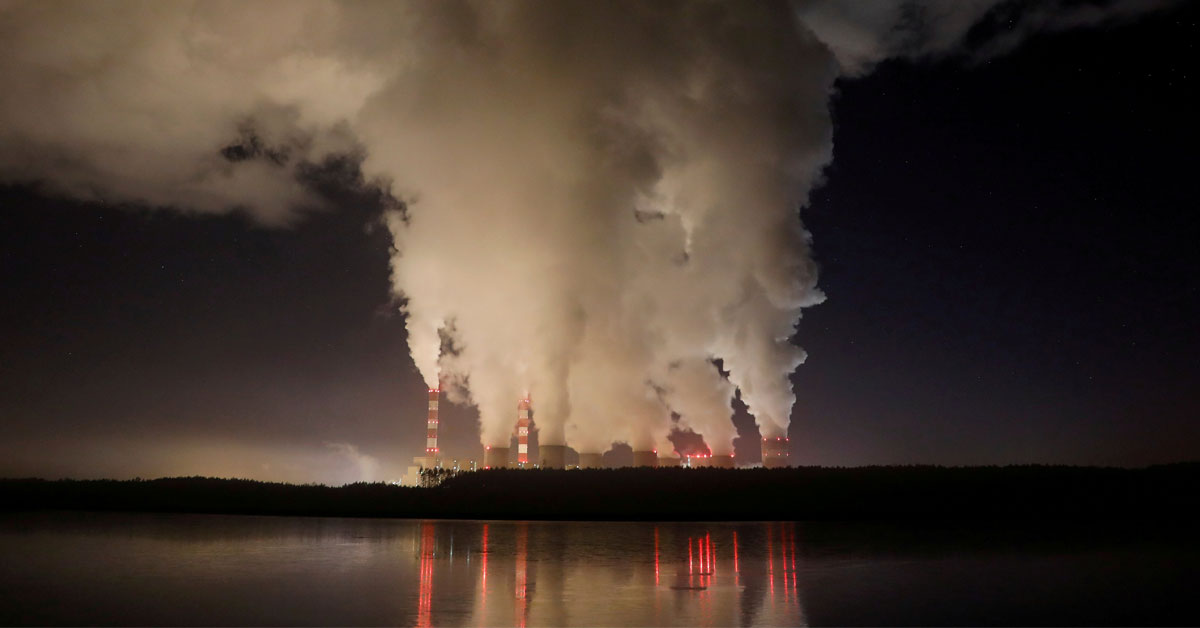 Smoke and steam billow from Poland’s Belchatow Power Station Dec. 5, 2018. When it comes to caring for creation, there is a “slight disconnect” between the pope’s call for urgent action and the slow or lack of action by most Catholics, says Cardinal Peter Turkson, prefect of the Dicastery for Promoting Integral Human Development. (CNS photo/Kacper Pempel, Reuters)

By Carol Glatz – When it comes to caring for creation, there is a “slight disconnect” between the call for urgent action by Pope Francis and the slow or lack of action by most Catholics, said Cardinal Peter Turkson.

“On the world stage, Pope Francis is admired, cherished and recognised” for his moral authority on environmental issues and the need for concrete acts of solidarity, as expressed in his encyclicals, “Laudato Si'” and “Fratelli Tutti,” as well as his many statements, said the cardinal, who is prefect of the Vatican Dicastery for Promoting Integral Human Development.

“And one would have thought that when the leader so speaks, all the followers would also kind of come on board,” but that has not been the case, he said December 9 during an online webinar.

The cardinal and others spoke ahead of a December 12 global climate summit to be co-hosted by the United Nations and the United Kingdom to mark the fifth anniversary of the Paris Agreement.

The online webinar December 9 was organised by the dicastery’s Covid-19 commission and its partners to underline the need for Catholics, science experts and youth to come together and urge governments to do more in tackling climate change as well as discuss efforts to build a more just and sustainable world.

The cardinal was asked about the lack of leadership or a clear voice at the level of most dioceses and local churches on the importance of sustainable development.

Cardinal Turkson said that while there are a number of active faith-based global networks in place, “there appears to be some slight disconnect between the head and the body,” so that when the pope speaks it does not always resonate with every part of the world.

Building and activating that connection “is our task, our responsibility” as a dicastery, which is why they hold many online conferences with bishops’ conferences, offices of justice and peace, and Caritas agencies around the world.

“It is an attempt to get through to the grassroot groups about this,” he said.

The dicastery has a specific program “for promoting climate response action” around the world, such as encouraging local communities to turn to solar energy and sustainable agriculture, he said, as well as help them get the capital to do it through “social impact investments.”

“The action has to be on the local level. We are encouraging local churches to see how safe and how much easier and less expensive it will be if they put a solar roof on their churches.”

Another way the church can make an impact reducing carbon emissions is by using organic materials for all of its new buildings and structures, another webinar speaker said.

“It would be a very strong statement if the Catholic Church would start to build all their buildings from wood in the future” and give up concrete, said John Schellnhuber, a physicist, founding director of the Potsdam Institute for Climate Impact Research, and a member of the Pontifical Academy of Sciences.

He said buildings and construction account for about 40% of the world’s energy use.

As population grows, there will be a large demand for new infrastructure, he said, and cement, steel and other highly processed materials have what is called, “higher embodied energy,” which is the amount of energy it took to build a structure — from the mining and processing of natural resources to manufacturing, transport and delivery of the materials.

Producing cement, steel and other building materials are a major source of greenhouse gas emissions, he said, calling for new buildings to be designed with “engineered timber.”

Buildings can be turned into “carbon sinks,” he said, referring to a recent journal article he co-authored in the January issue of Nature Sustainability.

Buildings with timber, bamboo or other organic materials, which have stored carbon as they grew, would provide long-term storage of carbon and avoid the carbon-intensive production of mineral-based construction materials, he said in the paper.

Forest harvesting would have to be sustainable and reforestation efforts maintained, he added.

Without proper planning, protection and harvesting, “if we keep cutting forests down then we are adding CO2 to the atmosphere and we are actually destroying the capacity of nature to help us mainly by absorbing” carbon emissions, he said at the webinar.