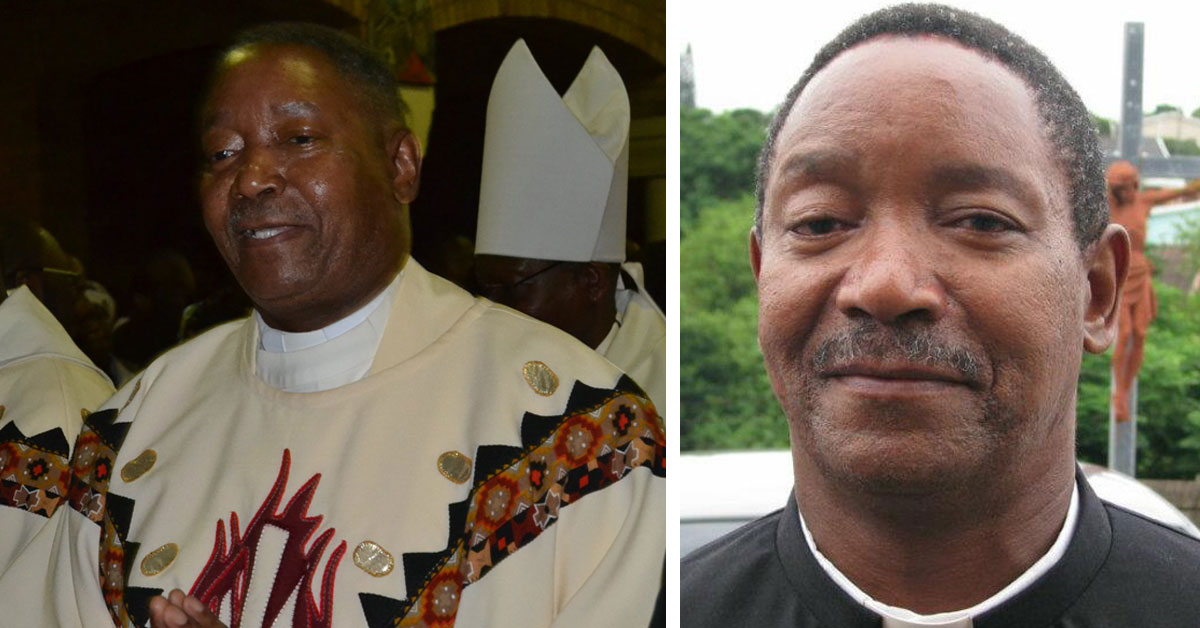 By Fr S’milo Mngadi – Following the death of eleven members of its diocesan congregation of sisters (the FSF), the diocese of Mariannhill lost its former vicar-general, Fr Paul Thembayona Emmanuel Manci SCP, who succumbed to Covid-19 on Christmas morning. He was 66.

Fr Manci, a priest of the secular Institute of Christ the Priest, was incardinated in the diocese of Mariannhill. Born on March 25, 1954, he was ordained a priest on June 26, 1983, and served various parishes in the diocese of Umzimkulu including St Paul-Sibusiso, Ezinqoleni, and St Andrew’s in Harding which had a boarding school called Sehole Comprehensive School.

He served as the vicar-general to the late Archbishop Denis Hurley and later Cardinal Wilfrid Napier in their capacity as apostolic administrators of Umzimkulu. This meant that more work was placed on his shoulders as he was “on-site” while the apostolic administrator lived in Durban and also ran the far bigger archdiocese of Durban. Geographically, the two dioceses are separated by the diocese of Mariannhill.

In 2008, Fr Manci went back to Mariannhill and took over as parish priest of St Anne’s in Turton, which includes the coastal towns of Hibberdene and Fafa Beach. He was later transferred to St Joseph’s cathedral in Mariannhill and Bishop Pius Mlungisi Dlungwane appointed him his vicar-general.

In 2015, he was appointed by the Congregation of the Evangelisation of the Peoples as rector of St Jean Vianney Seminary in Pretoria.  This turned out to be a single term of three years as his health — especially the knees and the feet — suffered.

Returning to Mariannhill, he was again appointed vicar-general and administrator of the cathedral until August 2020 when he was appointed parish priest of St Magdalene’s in Ezimbokodweni.

Fr Manci was a brilliant African theologian holding a PhD in Religious Studies from the University of South Africa.  His master’s dissertation in 1995 was on “My community, my conscience and guide: Communial influence on individual choices in Africa, with special reference to Zulu Proverbs”. His 2009 doctoral thesis is titled “The response of African religion to poverty, with specific reference to the Umzimkhulu Municipality”.

He was also gifted in music composing many litanies, prefaces and hymns with an African concepts, rhythm and parlance.

Fr Manci was a father to many people within and outside the clerical circles: former students of Sehole, fellow members of the Institute of Christ the Priest, younger priests and former seminarians of St John Vianney Seminary.

He was also a voluntary patron of the St Jude’s Retirement Home of the FSF Sisters, with two of whom he will be laid to rest in their cemetery at Assisi Mission, Port Shepstone, on December 30.