Thy Kingdom Come – But How? 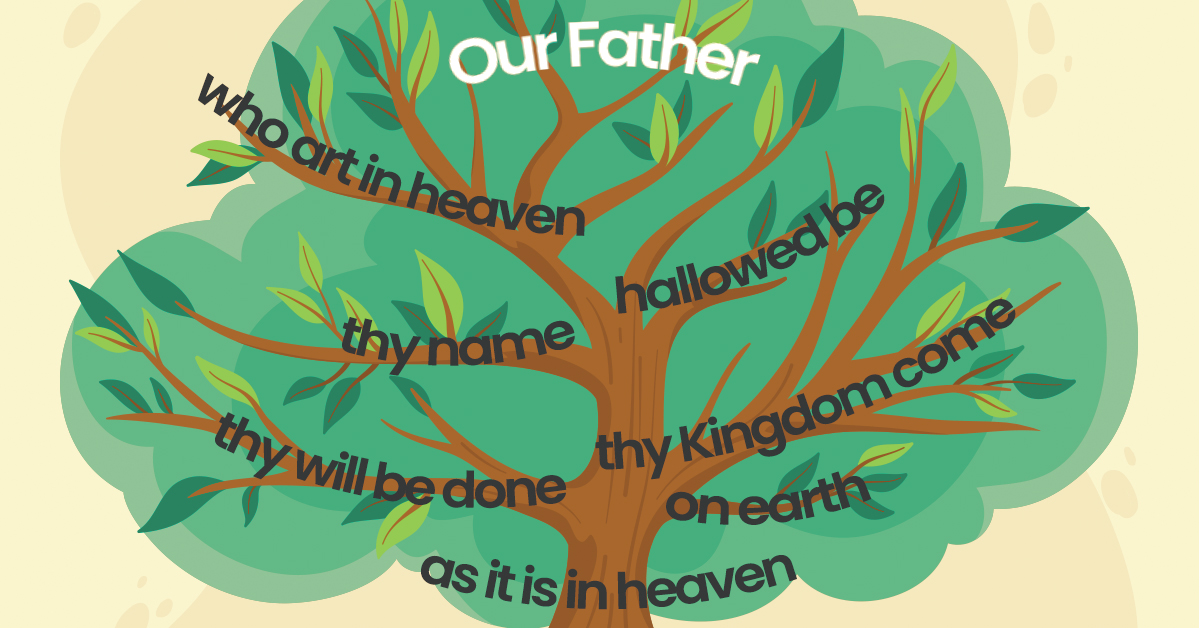 When the disciples asked Jesus to teach them to pray, he responded with perfection: the greatest of all prayer, from the very lips of God’s own Son (Matthew 6:7). I wonder whether we Christians, who pray the Lord’s Prayer so often, have the correct emphasis and focus.

Jesus very clearly offered two sides in his response, namely God’s side and the human side. Jesus, as the Son of Man, begins the Our Father by very deliberately stressing the Fatherhood of God and the Brotherhood of Man. If it wasn’t so, the prayer would be “I-centred” and not “we-centred”. For unless the Lord’s Prayer moves beyond the barriers of race, culture, colour, religion and so on — that is everybody and everywhere — it is lifeless!

God is first acclaimed as Father and creator “who art in heaven” and his name is exalted and praised before any claims are made to his divine majesty, as Jesus himself did throughout his earthly life. “Hallowed be thy name” — that is the aim of the entire prayer. We therefore express a deep reverence for his name and pray that his Kingdom may come. This is a kingdom of peace, justice and truth, a kingdom which was the very heart of all his preaching, which is very evident in all his parables, his healing mission and so beautifully expressed in the Beatitudes (Matthew 5).

What is this Kingdom?

It is his kingdom here “on earth” — and even here “in earth”, in the sense that it is inherent in the what and where and how of our creation. It is the earthly kingdom before it achieves its final eschatological realisation, that kingdom which the conquering Christ will finally present to his heavenly Father, as mentioned by Paul in his First Letter to the Corinthians (15:24).

For this kingdom to be established on earth demands that we surrender and pray: “Thy will be done on earth.” It is God’s will which really matters. That is exactly why Jesus never failed to execute God’s will (Luke 22:42). Although humanity has received the gift of free will, we know that God’s will is always for our happiness and our salvation, for God can respond only with love (1 John 4:8-10). Kingdom-people are obedient souls. It was disobedience that plunged us into original sin!

Now comes the second part of the Lord’s Prayer, and this is simply the result of believing and living the first part as indicated by Jesus. It is very clearly stated in his promise: “Seek first the kingdom of God and his righteousness and all you need will be given to you” (Matthew 6:33). As the Lord’s Prayer so clearly promises, God gives, he forgives, he leads us, delivers us.

Having prayed the first part sincerely (“not babbling as pagans do”, as we are reminded in Matthew 6:7), you can be sure that the second part will take care of itself. God is ever-faithful, ever-generous, ever-loving us as his children.