The Peace I Found at Ngome 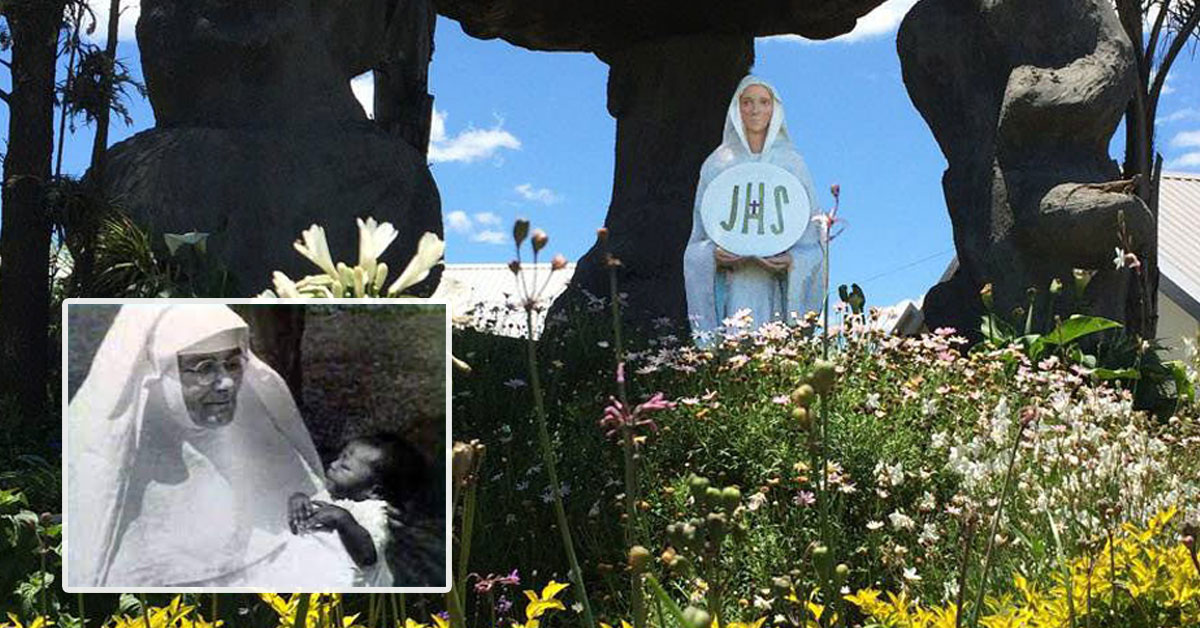 Sr Reinolda May and Our Lady at Ngome Marian Shrine.

On a brightly-lit Tuesday morning, a cautiously optimistic city dweller left the potholed roads that wind through urban life for the meadows of rural KwaZulu-Natal.

There, upon a rock, stands a shrine to the Blessed Virgin Mary, at the place where she appeared to a Benedictine nun by the name of Sr Reinolda May. In the valley there is a spring where, dare I say, living water flows. I traded pride for repentance and in the welcoming silence, I prayed.

It was the first time I had been to the Ngome Marian shrine. I hadn’t even known anything about it. It is, as I now know, a small town 80km from Vryheid in the diocese of Eshowe.

According to an account by Rose-Marie Foxon on the Ngome website (www.ngome.co.za), Sr Reinolda May, named Franziska at birth, left her home in Germany for South Africa in 1925, shortly after professing her vows. She began work as a seamstress at the mission stations of Entabeni and Mbongolwane. During this time, she learnt Zulu and visited people in their homes, travelling on foot and on horseback.

After Rome allowed the Benedictine Sisters of Tutzing to assist women in childbirth, Sr Reinolda became the first Sister in Zululand to take a course in midwifery. She received a diploma as a midwife in 1938. Despite many difficulties, her expertise as a midwife was much admired in the local communities.

Benedictine Sisters of the Eshowe vicariate are setting out by cart to the mission stations and schools of rural Zululand in this photo published in The Southern Cross in September 1934. Might Sr Reinolda May, the visionary of Ngome, be among those intrepid missionary Sisters?

On August 22, 1955, Sr Reinolda had her first encounter with the Blessed Virgin Mary. Our Blessed Mother chose to reveal herself on this date, which at the time was the feast of the Immaculate Heart of Mary (this year it was on June 12). Our Lady said: “Call me Tabernacle of the Most High. You too are such a tabernacle — believe it! I wish to be called upon this title for the glory of my Son. I wish that more such tabernacles be prepared. I wish that the altars be surrounded by praying people more frequently. Don’t be afraid, make it known.”

Our Lady appeared to Sr Reinolda ten times, with the last apparition in 1971. See our biography of Sr Reinolda

Many people, including myself, may often receive Communion thoughtlessly, uttering a short prayer and maybe giving Our Lord a grocery list of demands.

Mary, Tabernacle of the Most High, beckons us to think deeply about whom we receive in the Eucharist. Truly, we receive the Body and Blood of Jesus, and therefore we cannot, must not, and should not remain the same. We must be transformed into what he is. He is love, mercy, light, truth.

Foolish are we to lock him into our hearts as a prisoner. Many are they who are in need of him and the life he brings. May God give us the grace to become worthy vessels of the Body and Blood of his Son.

On a Thursday morning, a penitent pilgrim left the lush green hills of Zululand for the hustle and bustle of the city, but this time with peace in her heart and zeal for the house of the Lord.

We mourned the bitterness that he had bitten. Now we drink the sweetness of Christ risen. Amen!