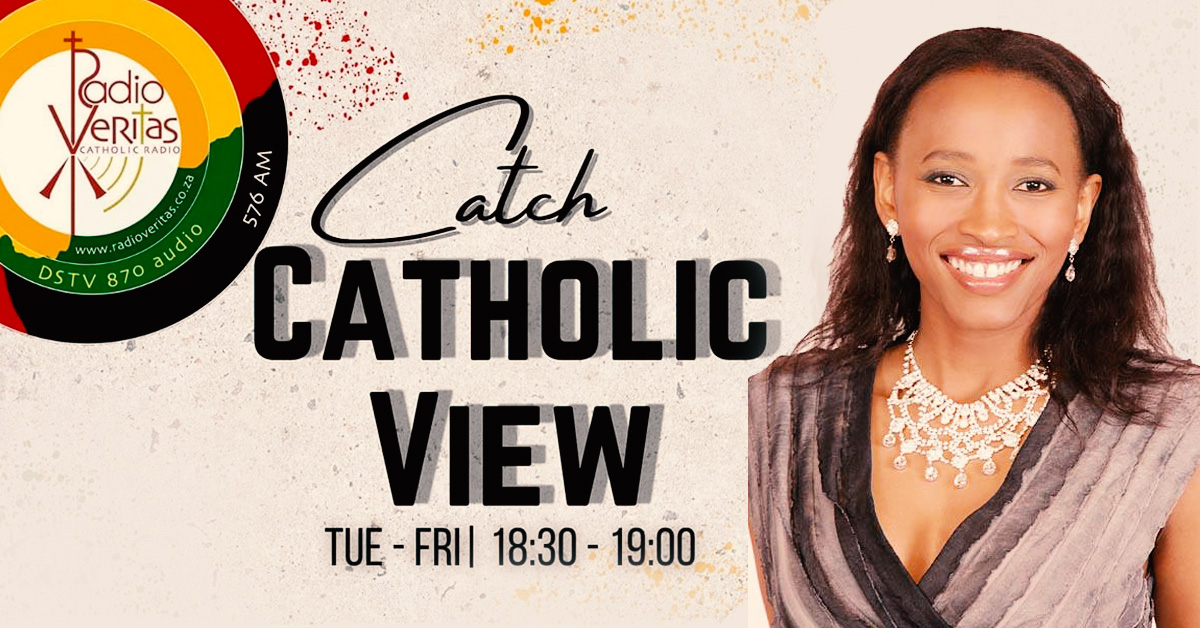 Sheila Pires, the host of the “Catholic View” show on weekday evenings between 18:30 and 19:00 on Radio Veritas

Radio Veritas broadcaster Sheila Pires aims to use her presence on the airwaves to empower women. She spoke to Daluxolo Moloantoa

Her voice surfs the Catholic radio world as one of a few women broadcasters in a sea of male voices. Radio Veritas presenter Sheila Pires — the host of the “Catholic View” show on weekday evenings between 18:30 and 19:00 — is on a quest to empower and give a voice to Catholic women through the medium of radio. And she has done so not only on South Africa’s Catholic station but also on Catholic radio in Mozambique, Cape Verde and Guinea-Bissau.

Born in Xai-Xai, in the southern Mozambique province of Gaza, Sheila is one of five siblings,  three sisters and a brother. Her maternal family’s Catholic piety has produced a bishop, a priest and two nuns within the family — and Cardinal Júlio Duarte Langa, emeritus bishop of Xai-Xai, who is her great-uncle.

When she was two years old, Sheila’s family moved to Maputo, the country’s capital. “It was here where I was baptised and received First Holy Communion, both at the city’s cathedral of Our Lady of the Immaculate Conception,” she tells The Southern Cross. While attending catechism classes, she also became a member of the children’s choir.

“My entire family was quite involved with Church activities. My mom was a member of the Legion of Mary, and my brother was a proclaimer, sacristan, lay minister of Holy Communion and catechist. My three sisters also helped with catechism classes. My family and I, together with the missionary Fathers, also visited the sick at Maputo Central Hospital. Those were mainly victims of the Mozambican war,” she recalls.

Sheila’s love for radio and sports started in Maputo. From the age of eight, she attended the Rádio Moçambique Music School. She was also a member of the Rádio Moçambique Orchestra, where she played the bass melodica. Prior to this, she and her three sisters had become members of a gymnastics club, and also played basketball.

In the early 1990s, the family was on the move again: this time to South Africa, when the country was on the brink of a new democratic dispensation. Upon the family’s arrival in Johannesburg, Sheila resumed her love of sports, this time by playing both netball and tennis at primary and high school level. “When basketball was introduced in my high school in 1998, I joined the team. I went on to simultaneously play for the basketball club next to my high school, and I also played for the Wits University team in my late teens,” she says.

In Johannesburg, the family attended Mass at the cathedral of Christ the King, where they are still parishioners. Sheila took up various activities at the cathedral throughout her teens, becoming a member of the parish youth at 14. When she was 16, Sheila was asked to serve as the secretary of the Portuguese community liturgy committee and two years later to chair it. She was also a member of a group of lay people chosen to assist deacons in various capacities, and was a member of the choir. Sheila’s Portuguese-speaking background is important to her. “I did my profession of faith as per Portuguese culture, and I was a proclaimer for the Portuguese community.”

Following the death of Portuguese-speaking chaplain Fr Justino de Zanove, the Portuguese community at the cathedral dwindled in numbers, and so the remaining members joined the English-speaking community, which Sheila still serves as a proclaimer. It was in this capacity that she also helped set up the parish structures of the new Ss Cosmas & Damian parish in Cosmo City in 2007.

Sheila has been a radio journalist with Radio Veritas since 2004. “Working at Radio Veritas is a ministry. I believe I’ve continued working at Veritas all these years because that’s where God wants me to be. I have learned to accept God’s will in my life,” she says. And ministry of service is important to her. “When I was a teenager, I once visited a convent in Maputo to see whether this was the future for me. But after ill treatment by the mother superior I decided to come back to South Africa, and vowed before God to serve the Church as a lay woman.” 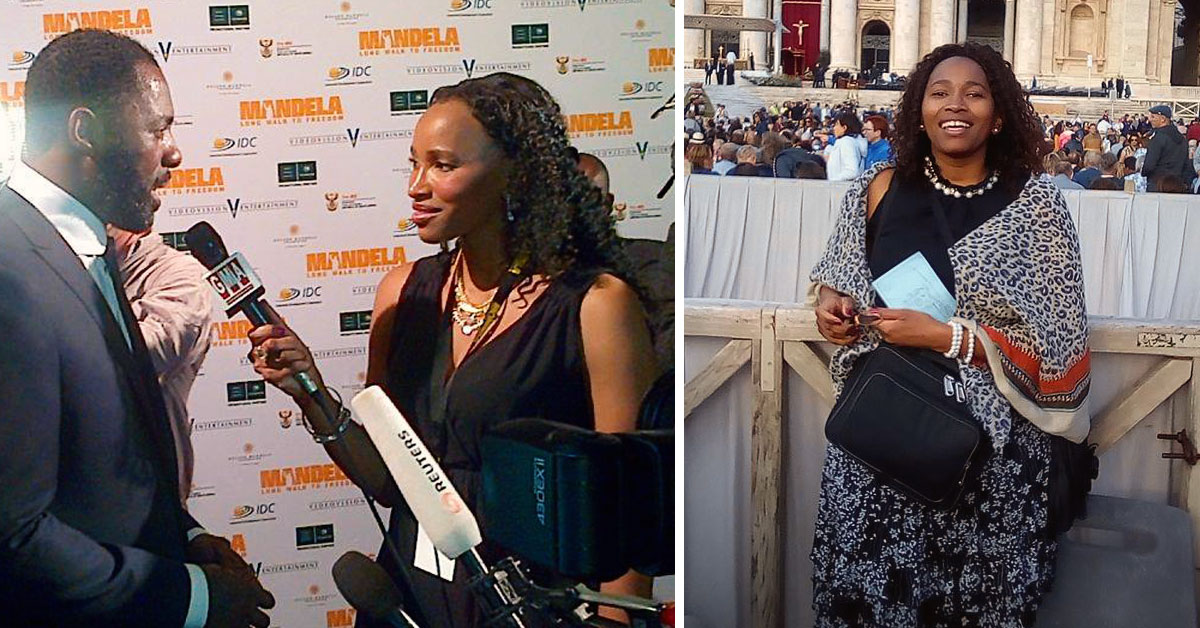 Her work at Radio Veritas has broadened Sheila’s focus within the Church — and eventually took her to Rome. She travelled to Italy for the first time in 2018. This was to be the precursor for frequent trips over the next two years, in various capacities. “In 2018, Dr Nontando Hadebe, a philosophy lecturer at St Augustine College, and I were invited to attend a symposium hosted by the Catholic Women Speak network in Rome. Prior to the invitation, Dr Hadebe and I had done a couple of radio interviews about issues pertaining to women and youth in the Church and in society.”

At the symposium, Sheila was invited to chair a roundtable discussion titled “Sharing Our Stories: Cultures and Catholicism”. The exchanges highlighted the roles of culture and Church life in building better societies and a better world. The symposium coincided with the Synod of Bishops on Young People. Sheila stayed on in Rome to cover the synod for Radio Veritas.

“It was quite an eye-opening experience to observe the synod, from a media point of view. It was also an exhilarating experience to be part of the press conferences, and the press corps at Pope Francis’ meeting with young people from all over the world,” Sheila recalls. “I also visited Vatican Radio to do interviews. It was as a result of this that a partnership was formed between myself and Vatican Radio to syndicate my radio show, and to provide content in Portuguese to the Catholic stations Radio Nova of Cape Verde, Radio Jibular in Guinea Bissau, and Radio Pax-Beira in my homeland Mozambique.”

Sheila’s attendance at the Catholic Women Speak symposium encouraged her to continue advocating for the inclusion of women in leadership structures especially — in the Church and in society at large. Since then she has travelled back to Rome for a pilgrimage about the role of women in early Christian life which was led by the Future Church, an organisation which aims to provide all Catholics with the opportunity to participate fully in Church life, in early 2019.

It was followed by a trip sponsored by Voices of Faith, which works to increase leadership role of women in the Church. The last trip in early 2020 was for the establishment of the Catholic Women’s Council. In all her trips to Italy, she met women, young and old, from across the globe who are doing great work to ensure that women are given the voice and the opportunities they need to advance themselves and the cause for gender equality, both within the Church and elsewhere.

A radio and TV career

During her early days at Radio Veritas, Sheila also worked part-time as a co-host of the “Good Morning Africa” television programme on DStv’s Africa Magic channel. The programme was geared towards young adults from across the continent. It was during this time that she interviewed many leading personalities from Africa and beyond, including star actor Idris Elba.

Sheila says the most memorable programme in her years in radio broadcasting was a show on the abuse of religious Sisters. “I had the opportunity of interviewing two former religious Sisters, Doris Reisinger and Roccio Figueroa, who were abused and have since left the convent, and a young Sister from KwaZulu-Natal who courageously talked about the different types of abuse religious Sisters experience. I feel that more has to be done to address the abuse of women in the consecrated life.”

The great majority of guests on her “Catholic View” programme are women. “This is by intention. My radio show aims to empower women who are often not recognised for their efforts. Much too often when one switches on the radio or the television, one is confronted by male voices. Women all over the world are not given the same opportunities as their male counterparts. We do the same work — and at times do it better than men — but we get fewer opportunities and are even paid less for the same efforts. We women are far too often not considered for leadership positions. Women, youth and children are the main victims of crime and domestic abuse.”

Sheila believes that Women’s Month is important in South Africa, but notes that “women should be celebrated every day”. Women’s Month is a reminder of women’s daily struggles  — at work, at home — and of their significant role during the apartheid era. “I believe that it is very important to teach future generations of women about where they come from. The month highlights the plight of women, and to have an ongoing dialogue, to empower each other in order to build a better society,” she says.

“Through my radio show, I hope that I am playing my part — to educate and to inspire… To change the narrative.”