The Desmond Tutu we knew in England 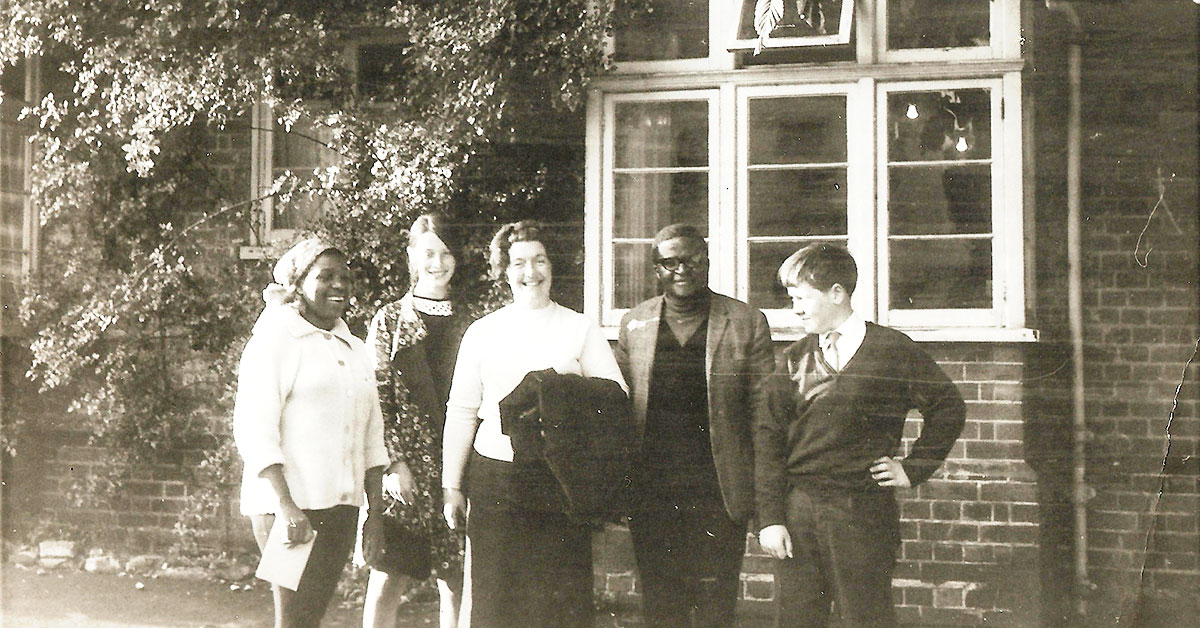 The family of Michael Piercy, who lives in Whitby, northern England, knew Desmond and Leah Tutu in the 1950s. Here he shares some memories of the later archbishop, who died on December 26 after a long illness.

In about 1958 my aunt, Mary Vivien Piercy, went to South Africa to teach economics at the University of Witwatersrand in Johannesburg. While there, she attended the main Anglican church and met a young black deacon, Desmond Tutu.

She would occasionally invite Desmond and his wife Leah back to her Rondavel for dinner. Apartheid was in force at the time and such fraternising was against the law. So when collecting them in her car, a brown-gold VW Beetle, their story would be that she was collecting her cleaners. And similarly, if the authorities were to make a house call while they were having dinner together, a bucket and mop were near the table so that Desmond and Leah could appear about their business supposedly as cleaners.

When Desmond Tutu came to England in about 1962 to study theology, sponsored by the Anglican church, my aunt asked us to contact and befriend him. She was furious when she found out we hadn’t got round to it, and he had told her, no, there had been no call from the Piercy family. So we got our act together belatedly.

When we first met Desmond he was working while studying as a curate at the church of St Alban the Martyr in Golders Green, north London. From there we fetched him and Leah to visit us coincidentally in the city of St Albans where my parents had built a house to be near to both a new Catholic school, St Columba’s, and a new Catholic church, St Bartholomew’s.

Sometimes we would fetch them together, sometimes he came on his own, initially by bus, then on a motor scooter which the parishioners had given him, and finally with his family in a smart new Singer Gazelle, also donated by parishioners. He developed critical taste, and towards the end of his stay would only drink freshly squeezed orange juice!

Leah told us how she loved going up to policemen in London to ask the way, even when she knew it — to her, it was such a warming experience to be helped politely by a white policeman.

One of our family’s connections with Cape Town was the pier which my grandfather had designed and built between 1911 and 1914 as Cape Town successfully moved from being a sea port and refreshment station for ships travelling to the East to a major tourist centre in its own right. The mayor of Cape Town stated at the opening of the pier in November 1913 that he hoped that South Africa would claim him, Mr Piercy, as her own. That connection probably encouraged my Aunt Mary Vivien to take her career to South Africa.

We never saw the Tutus again after they returned to South Africa. Eventually, Desmond became a political activist, a bishop, a Nobel peace laureate, and one of the most famous people on earth. Today, the world is mourning this great man.