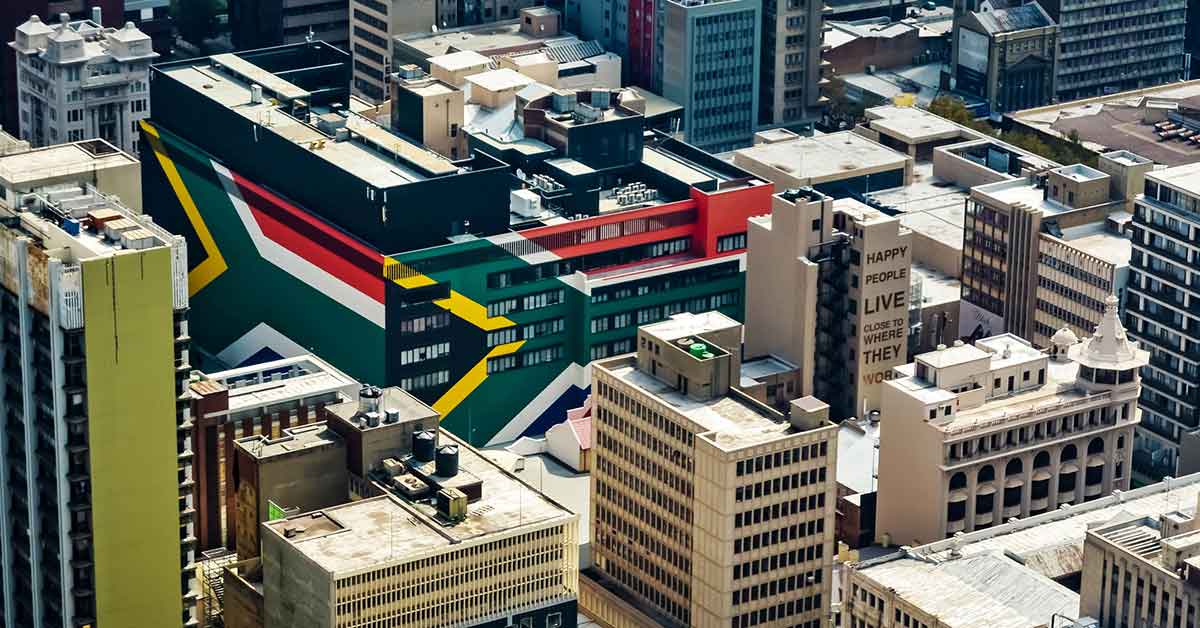 Now in those days, a decree went out from Cyril Augustus that a census should be taken of all the republic. No, I’m not hearkening back to the now-forgotten days of Christmas but rather referring to South Africa’s ten-yearly census.

From the days of the Roman Empire to the era of Tik-Tok, conducting a census is still seen as a key political activity. Then, as now, taxation is one of the motivations. But given the commitment to public services, a census is also key to knowing how best to spend those taxes: not — thankfully — to fund legions of armies to expand the empire but instead to provide the health, education and welfare, roads, electricity and houses that the population have been promised.

The decennial census here is conducted by StatsSA, a remarkably well-run parastatal with an appropriately nerdy interest in data and statistics. This census is the jewel in the crown of a whole range of aspects of South African life they measure: inflation, unemployment, exports and imports, tourists, consumption, transport.

After the completion of the 2022 exercise, we will not only have a better idea of how many people live in South Africa but also how they live, where they live, how long they have lived, what kind of education, shelter and utilities they enjoy. And of course, because this is South Africa, with what “race” they identify.

Fake news has given data a bad name. It seems that the Internet can give you any kind of statistic you want to back up your argument; and if you can’t find it, you can always make it up. Don’t forget the joke: “Over 80% of all statistics are fake and the remaining 17,895% are not as accurate as they seem.”

Every schoolboy struggling with plotting data on graphs has muttered under his breath that famous 19th-century quotation: “There are lies, damned lies, and statistics” (attributed to both the American writer Mark Twain and the British Prime Minister Benjamin Disraeli). The phrase reflects the way in which statistics have been misused and manipulated by politicians through the ages. But, to coin another phrase: “Liars do statistics, but statistics don’t lie.”

It is important to know, 28 years after liberation, how many people in the country do not have access to electricity, or how many children there are in a household, or what level of education people have attained. And entrusting this to a politically neutral organisation means (more or less) that we can make comparisons over time and hold politicians to account. To be able to do that, we need to understand the statistics which are generated, and be able to interpret and challenge them.

For example, during the recent local government elections, the ANC proudly claimed that in eThekwini, 83,9% of people have access to basic water. Sounds impressive, doesn’t it? But use the same data and you can easily work out that they are really bragging about the deplorable fact that 511000 people in this most prosperous of cities do not have access to basic water. Hardly evidence of success after decades of fighting for the poor!

It does seem sometimes that, as our access to statistics has increased, our ability to understand and interpret them has decreased. And even more sadly, people are proud of being innumerate. “Oh, I’m no good at maths,” people exclaim, as if it was like not being good at canasta. And then, when a spin doctor sells them a line, they cannot tell the difference between something that has doubled and something that has increased by 200%.

The statistics matter, but so does the process of collecting them. Looking at the organisation which I serve as director, I am delighted to say that Durban’s Denis Hurley Centre (along with other members of the National Homeless Network) is collaborating closely with StatsSA on the 2022 census. To their credit, a few years ago StatsSA approached us with their concern that they had undercounted the number of homeless people at 6000. When we asked them in which city this was, they replied: “The whole country.” We fell about laughing and pointed out that each metro has at least that number.

Not surprisingly, last time, when their very official-looking enumerators turned up in parks in the middle of the night to count the homeless, most of them ran away! And so this time they will be working with organisations like ours, which are known and trusted by the homeless, to help conduct the count and explain to people in advance why it is important that they are included. And StatsSA have even taken our advice on how the survey is designed to make it more appropriate for this population.

Another key group which StatsSA struggle to count is foreign nationals, especially when so many are undocumented or have become undocumented because of the negligence of the Department of Home Affairs. Let me give just one example of why they must be included. Many refugees have families, and those children, under South Africa’s Constitution, have a right to a free basic education. If the government does not know how many under-5s there are in that group, how can they possibly make sure there are enough school places?

The Catholic Church is well-placed to help with this. A good proportion of these foreign nationals are in our parishes. We can encourage them to be part of the census and reassure them that the information collected cannot be attributed to individuals and that it will ultimately be used to help the whole community.

Censuses have an especially poignant significance in South Africa. It is shocking to be reminded that between the last apartheid census in 1991 and the first democratic one in 1996, the population of the country increased by 9,5 million, and that almost all of this was accounted for by black Africans. This was not because of a mass invasion across Beit Bridge. Rather, it was a reminder that before liberation, a huge number of people literally “did not count”. They had been excluded from the census by arbitrary homeland borders, or there was little concern to count them, or they chose to opt out of the apartheid census.

Let us hope that we continue to learn from the (recent) past and keep working together as communities to make sure that everyone counts. We owe it to our brothers and sisters to make sure that every human being living within our borders — whatever their colour, nationality or economic status — has the dignity of being included in the census, since each one of us is made, equally, in the image and likeness of the Creator.