The Voices of Young People 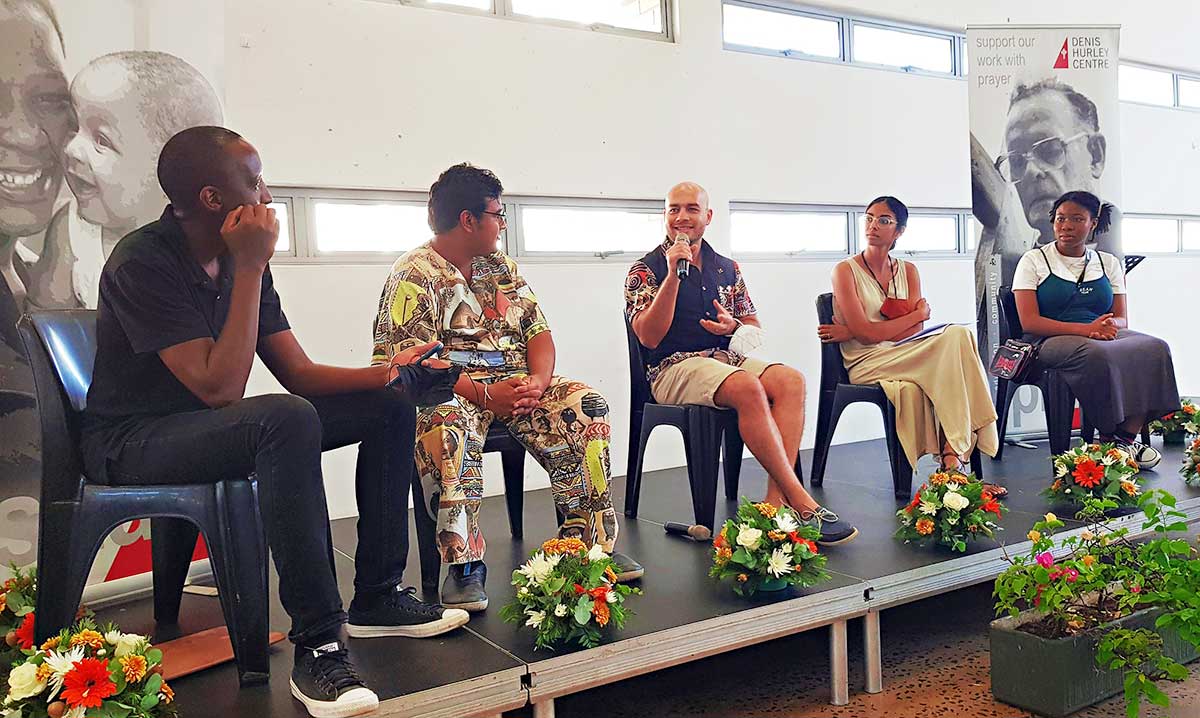 At a recent event held at the Denis Hurley Centre in Durban, we reflected on the legacies of two South African activist archbishops: Denis and Desmond. The challenge we looked at was what, if anything, the lives of these two men have to say to the up-and-coming generation of activists.

Many readers of this august journal are people who grew up in the time when these Church leaders were at their peak, and some will even have seen Hurley and Tutu in person. We perhaps take it for granted that they will not be forgotten. But to be relevant to future generations, there needs to be a link between what they did and stood for, and what young people are looking for today — and that link needs to be communicated.

We explored this with a panel of young activists, intentionally drawn from a range of faiths. It was especially interesting to see the variety of issues about which they were passionate.

In a room full of activists, religious people, and some Church leaders, it was a relief that they all felt that religion still has a role to play in modern society. However, they pointed out, this needs to be claimed and demonstrated, and not just presumed.

Roanne Moodley is a South African Indian and a candidate architect who attends a non-denominational church. She reflected on the way that her profession often distances itself from social issues, even while contributing unintentionally to injustice in the way that it impacts on cities. “We absolve ourselves from blame once the built environment is occupied,” she noted.

There is a parallel with the Church, which also sometimes fails to engage with the social issues around it and does not take responsibility for the way it might exacerbate problems in society, again unintentionally. When Roanne was a student, the “Fees Must Fall” debate was raging loudly, and yet Church leaders were mostly silent.

Pierre Buckley is from a Coloured background, an Anglican lay minister, and a married gay man. He observed: “Faith is really powerful. It is central to any social justice issue.” He runs an NGO that is focused on diversity and dialogue and so is keenly aware of the richness and variety of human experience. The Church, he felt, has an opportunity to bring together people of different lived experiences in order to change and challenge perceptions. While the Denis Hurley Centre is one example of the Church doing this, he feared that there are also examples where the Church does the opposite and uses faith as a weapon to exclude people.

Being part of change

Grace Kisonga was the youngest of the panel. Born in DR Congo, her family settled in South Africa, and so her “African perspective” is a broad one. Last year she was headgirl of Holy Family College (Durban’s oldest Catholic school) and has just matriculated aged 16. She was fascinated to hear that Denis Hurley himself had also matriculated at 16 — and then, of course, went on to become the youngest bishop in the world! She was inspired by the way in which Hurley and Tutu allowed themselves to be part of the change and did not give in to the temptation to stay out of the conversation.

Since her father is a pastor, she is keenly aware of the impact that religious leaders can have through what they talk about and what they choose not to talk about. She noted how all faiths preach peace and unity: “No faith encourages us to turn away from the poor.” However, many religious people then stay quiet when things get difficult. “Peace does not come with minding your own business,” she said. This echoes Pope Paul VI’s famous dictum: “If you want peace, work for justice.”

Kapil Narain is a member of the Hindu Maha Sabha. He became involved in social justice through the Amnesty International group at the University of KwaZulu-Natal, and is now deputy-chair of the Active Citizens Movement in Durban. As a recently qualified medical doctor working in a rundown government hospital, he really feels the injustice that he sees at firsthand and the impact on the poor of the failure of government services.

Kapil also sees the shortage of whistle-blowers who are willing to speak out loudly and clearly against corruption. Faith groups have a duty to present an alternative model of South African society, places of hope and “celestial calmness” that people need in their lives. The love, compassion and kindness of the two archbishops were the core values of all faiths and provided the basis for a genuine unity in diversity, he noted.

The chair of the panel was S’bongiseni Vilakazi, executive director of the Valley Trust and author of Who Shall Stand?. He grew up in a Catholic parish. S’bongiseni remarked that all the young panellists were mirroring the mission of the Church promoted by Archbishop Hurley and reflected in the title of the Catholic Church’s 1989 pastoral plan: “A Community Serving Humanity.” He wondered what motivated Denis and Desmond to work for social justice.

In some cases, the inducement came from personal experiences of being excluded – the impact of feeling vulnerable, of experiencing xenophobia or rejection because of HIV-stigma. Pierre, the Anglican lay minister, lost both his parents to Aids and then suffered rejection by his own family. But for all panellists, it was clear that “an injury to one is an injury to all”. As Grace put it: “If one of us does not have equality, we all lack equality. You are lying to yourself if you think you are not affected.” That’s a useful reminder as the memory of the July riots begins to fade.

Kapil reinforced this: “We need to take injustice personally. We cannot just say, ‘I am on my own and they are on their own; I am successful and they are not,’ and then stay quiet.” Instead, those who can do something have a greater responsibility, to be a voice for the voiceless, as Hurley and Tutu were.

Roanne, the candidate architect, recalled the theological basis for this worldview: We are all made in the image of God and at the same time we all commune with God from the specific situation in which we are. If we understand that well, we will build good relationships with God and with each other. Pierre developed this by suggesting the image of each of us as distinct ingredients in the meal of faith — all different yet all equally valuable because of the presence of God in each one.