How Long Should a Homily Be? 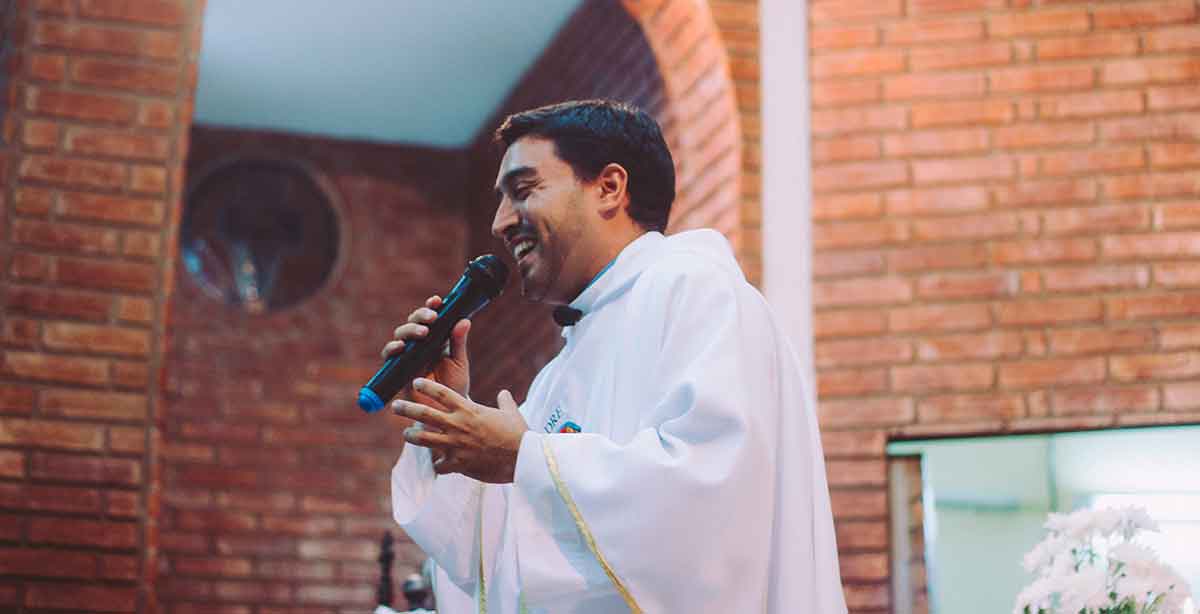 In his series of articles on preaching, using airplane metaphors, Fr Chris Chatteris SJ looks at the ideal length of homilies.

Brevity of speech has been raised to the level of a counsel of perfection in the English-speaking world. By this standard, the preacher who is done in under five minutes should be canonised.

The desire for short homilies suggests that listening to preaching is inevitably tedious. This idea is sad; surely there must be English-speaking preachers who can keep us interested for more than five minutes. However, sensitivity to local cultures includes postmodern and Western cultures. The ancestors of people in the United States or Britain used to listen to preachers going for a good hour, but such a feat would be hard to pull off today.

The picture is complicated in a multilingual and multicultural South Africa where one culture might expect something between five and ten minutes while another would feel short-changed if that was all they got. Hence a certain cultural adaptability is in order. A priest who is used to preaching to urban whites would have to try to go for longer if posted to a rural mission, and vice-versa.

But culture, as we are constantly being reminded, is a-changing. When people migrate from the country to the towns and cities, their habits and expectations change. Church is not the only thing on their Sunday agenda. They may want to go shopping, play some sport, attend some form of entertainment. They no longer have all the time in the world on Sunday.

Sensitivity to the occasion is another prerequisite for getting the timing right. Some occasions need to be dignified by something longer than usual. On the celebration of the centenary of the foundation of the church, for example, a brief reflection would be out of place; the occasion demands something with some depth of reflection — and this takes time. On the other hand, a long homily at a midday lunchtime Mass in a city centre church would be equally inappropriate. Quite simply, the members of the congregation need to eat and get back to work. They come expecting a brief and focused few words for them to take away as their “daily bread”.

Within these limits there is always some leeway. Whether the preacher is given that leeway will depend on how good he (or even she, if we label the occasion correctly) is. If very good, then a preacher might be able to keep a Westernised congregation riveted for half an hour, and a rural one for over an hour and a half. I knew one popular missionary in rural KwaZulu-Natal who went on at great length, holding his hearers with long, rather melodramatic stories.

But even the finest preachers will sometimes have that sinking feeling of having lost the congregation. At this point they should cut their losses, shorten the homily and bring the plane in to land. Some preachers (and this is a tendency of other communicators, perhaps particularly politicians) stand upon principle on this one. They insist on delivering their message in full, whether people are listening or not. A matter of principle it may be, but does it help the hearers?

Take the wise counsel of the late US Bishop Ken Untener. Asked how long a homily can be, he replied: “It can be as long as people are still listening, but no longer.” In other words, once people stop listening, in a real sense the homily is over.

But is it? The preacher is pulling things together and giving the other usual rhetorical signals that he’s coming in to land. If he suddenly gets another idea, aborts his landing and effectively begins another homily, then this is absolutely infuriating for congregations.

The new idea will normally be poorly thought through, and so his dealing with it can be akin to an aircraft circling — not really getting anywhere, just killing time. And when the homilist begins to attempt another landing, one can feel the tension rising in the congregation as they anticipate the possibility that he might have yet another last-minute idea and abort his landing again.

Note that all the time while the preacher is “circling”, the hearer’s attention is focused on the question of when this homily is going to end, and not on what is being said. This has to be one of the worst and most irritating of the many possible distractions that congregations can suffer.

The advice here is simple and brutal: if a new idea should pop into one’s head as the end comes into view, put it firmly aside — there’s always next Sunday.

Previous articles in the series:

Fr Chris Chatteris: How Not to Crash the Homily

In Preaching: KEEP IT REAL