Church and the media

While the Church rejoices at the ways in which Pope Francis reveals himself to be a pontiff not of grandeur but total humility, two media storms in March threatened to stain the good cheer. Almost instantly after Cardinal Jorge Bergoglio’s election, media reports “revealed” what was alleged to be his collusion with the military junta whose murderous regime ruled Argentina from 1976-1983. 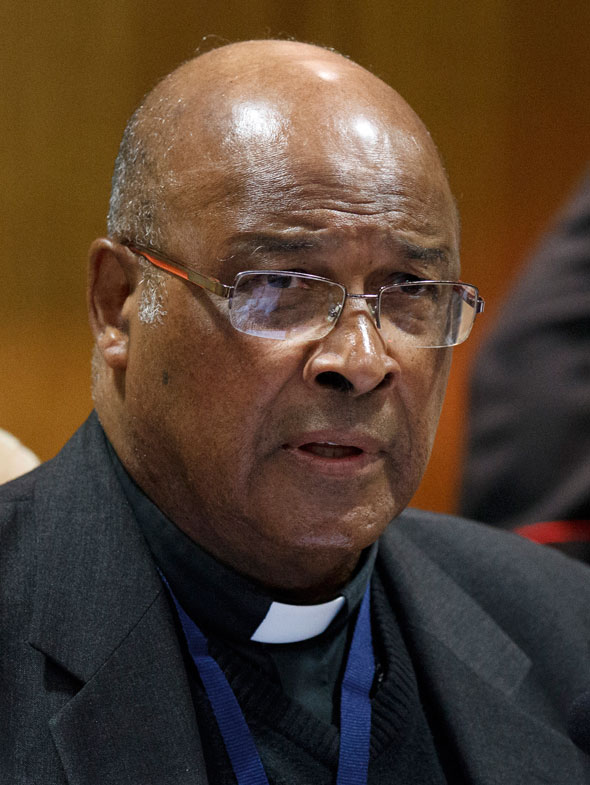 The media tends to be deficient in its coverage of the Church, lacking reporters who know the religious beat. In South Africa that applies to virtually every secular newspaper, signifying a deplorable professional neglect. (CNS photo/Paul Haring)

The key allegation concerned the then-Fr Bergoglio’s failure to protect two politically engaged Jesuits, who were detained and tortured.

It appears that the future Pope Francis in fact did intervene on behalf of these two priests (and many others) and secured their release from a regime that was not in the habit of asking religious leaders for permission before detaining and murdering clergy, including a bishop.

One of the priests, Fr Francisco Jalics, has gone on record as saying that it is “wrong to claim that our capture was initiated by Fr Bergoglio”.

More slanderous were reports which linked Fr Bergoglio to actions and omissions with which he had nothing to do, creating a perception that the newly-elected pope had a record of virtually throwing political detainees out of helicopters.

These things tend to stick, especially in the age of social media where agendas and ignorance often trump the truth.

We saw this previously, when Pope Benedict’s involuntary membership of the Hitler Youth and the German army was presented as “evidence” of a Nazi past.

Once such impressions take hold, they are difficult to shake off. As Catholics we must challenge untrue statements by respectfully citing the facts.

Such defence needs no reference to the agendas of others, even if they plainly exist. It was counter-productive when the Vatican issued a statement which topped its sober refutation of the allegations made against Pope Francis with an unnecessary allusion to ideological opposition.

Likewise, there is little to be gained from ascribing a sinister plot to the BBC interview in which Cardinal Wilfrid Napier argued the point that paedophiles might require psychological treatment instead of incarceration.

The interview took an unexpected twist when a discussion on Pope Francis turned to the subject of sexual abuse. Clearly neither interviewer Stephen Nolan nor Cardinal Napier were prepared for it.

In the event, Cardinal Napier did not express himself clearly, perhaps taking for granted that the interviewer (and his audience) were in possession of the insights which many in the Church have acquired over years of studying the phenomenon of sexual abuse.

The media picked up the story and presented it, not always without glee, in the way in which they had understood it: that Cardinal Napier was suggesting that those who sexually abuse children should not be prosecuted (of course, the cardinal did not intend to imply this).

Crucially, most media reports neglected to include the Southern African Catholic Bishops’ Conference’s policy on sexual abuse, which is on the record. It is an extraordinary omission which suggests, at best, a certain level of editorial negligence.

It is too simple, however, to just blame the media for the bad press. Sometimes the media merit censure, sometimes the problem is of the Church’s own making; often both currents collide.

The media tends to be deficient in its coverage of the Church, lacking reporters who know the religious beat. In South Africa that applies to virtually every secular newspaper, signifying a deplorable professional neglect.

Most Church leaders are not instructed in communications through the media. It is therefore necessary that professional Catholic communicators be engaged in the formulation of a coherent media strategy, and provide training to selected spokespersons.

The SACBC has recently instituted an advisory body to that effect. It must be hoped that its work will be encouraged and ultimately put into practice.

But the laity must play a role, too, in ways which our guest columnist this week describes. Catholics must be ready to correct false statements about the Church—calmly, respectfully and from a position of knowledge about the Church, her structures and her teachings.