Time Out for Limbo

Fr Bonaventure Hinwood OFM – People sometimes say to me that they were told that Catholic doctrine is true to what Jesus taught and so is unchanging, but in recent years there have been all sorts of changes in what the Church teaches. 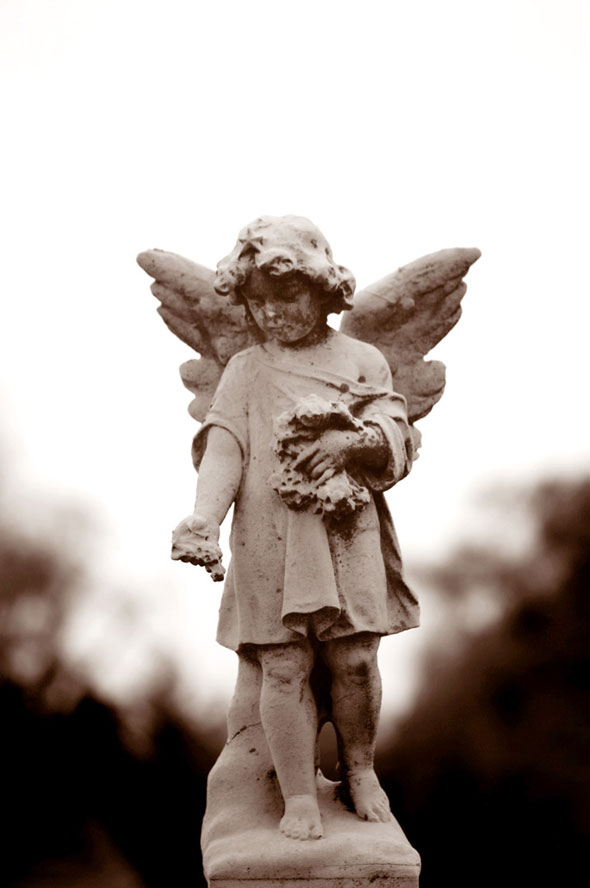 A figure of a child angel on a gravestone. In 2007, the Vatican’s International Theological Commission said there are good reasons to hope that babies who die without baptism go to heaven. (Photo: Bob Roller, CNS)

For example, we used to be taught about the four last things, heaven, hell, purgatory and limbo. These days limbo is never spoken about: has the Church dropped it from its teaching?

The answer is simply that limbo was never part of the Catholic Church’s official teaching and there are sound reasons why it has dropped out of current Catholic thinking. It was an attempt to explain what happens to babies who die without baptism. About this God has not said anything to us in what has been revealed to us.

Limbo was just a theory

On matters about which God has not revealed anything to us, the Catholic Church allows theologians the freedom to suggest possible answers. None of these are matters of faith to be believed. You accept them or not depending on whether or not you find the arguments convincing. Limbo is one of these propositions.

Limbo fitted in well with the system of theological thought known as Thomism (after St Thomas Aquinas) or Scholasticism (due to its method of teaching scholars, or students in our current use of language).

Although used both before and after the 13th century, this way of thinking about Catholic doctrine became increasingly popular from the 18th century until into the 20th century, fading somewhat during and after Vatican II.

In terms of this way of thinking, if I can try to put it very simply, God planned to create the universe, which would include human beings, who would have a natural experience and knowledge of God in this life, and a natural happiness beyond death. Neither of these included the incarnate Word, the Son of God become one of us in Mary’s womb in order to pay the price of the sin which we human beings would commit, and reconcile us to the Father through our being united to that same incarnate Word. This would happen through baptism or some other equivalent means.

An infant dying without baptism, then, enjoys natural happiness, but not the joy of life in the love community of the Trinity, through union with our risen glorified Lord, which a baptised infant dying would enjoy. This is the situation which came to be known as limbo, a word derived from the Latin limbus, which means border or fringe, because some early writers considered it to be on the border of hell, and some later ones on the border of heaven.

We Were Destined For Sonship

The alternate view is expressed clearly in Ephesians 1:1-10 and Hebrews 1:1-15 among other places in the New Testament. It holds that creation was always creation in Christ in the mind of God. Neither humankind nor the created universe ever had any destiny other than sharing in the life of the community of the Trinity through oneness with the God-Man, Jesus Christ. The Son of God would have become the Son of Mary whether humans had sinned or not.

For he chose us in him before the creation of the world to be holy and blameless in his sight. In love 5 he predestined us for adoption to sonship through Jesus Christ, in accordance with his pleasure and will – Ephesians 1:4

We Were Reconciled to God  through Jesus’ Obedience

The difference which sin made was that humans were redeemed and reconciled to God through Jesus’ total obedience to the Father, which, in a sinful world, led to his suffering throughout his life, reaching its high point in his death on the cross, and subsequent resurrection.

In this view, there can be no positive goal for human life other than sharing in the glorious love life of the Trinity through oneness with the Word incarnate. The exception is someone who willfully excludes himself or herself from this joy by closing in on self and shutting out love for God and others, and thus experiences the hell of isolation.

So there is no in-between state of natural happiness after death. You either enjoy peace and joy in Christ with the Trinity, or the eternal suffering of frustration because you have refused to receive and to give love.

This way of understanding God’s revelation, while always present in the Church, has come to the forefront during Vatican II and since. It was neatly summed up by Vatican II: By the incarnation, the Son of God united Himself in some fashion with every human being (Gaudium et Spes 22).

Limbo dropped out of the picture because there was no place for it in this second presentation of the Catholic understanding of reality.

But again, while this at the present time is the more widely accepted opinion about the destiny of babies who die without baptism, it is not official Catholic doctrine.