Medical staff at prisons may well tell you that at the sight of a hypodermic needle, many a hardened gangster, bearing multiple scars of stabbing and gunshot wounds, cries out for his mother.

It is a natural instinct to seek sanctuary from pain and fear in the person whose womb once provided the perfect shelter. No other love, outside the realms of the divine, is as fierce and unconditional as that of a mother.

This is what we celebrate on May 12, when South Africa and other countries throughout the world observe Mother’s Day. 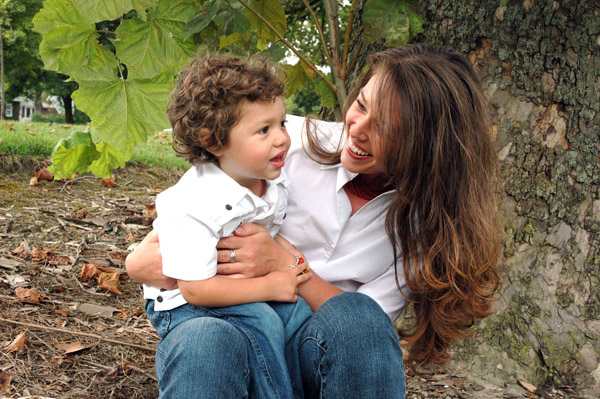 “Mother’s Day ought not to be about flowers, pralines and breakfast in bed, commendable though it is to spoil Mom on a special day. Mother’s Day should also direct our focus on whether mothers, and women in general, have been invested with all their due rights.”

Fittingly, in those countries Mother’s Day usually falls in May, the month which the Catholic Church dedicates to our Blessed Mother, Mary.

It is a coincidence that Mother’s Day is observed around the time of the feast of Our Lady of Fatima — American Anna Jarvis’ campaign to have a day for mothers officially instituted on the second Sunday in May predates the apparitions in the Portuguese village by a few years.

For Catholics, however, this fortuitous circumstance presents an opportunity to associate our appreciation of motherhood with the perfect model of maternity.

Moreover, the Southern African Church marks May as the Month of the Family, which intrinsically ties in with motherhood. The convergence of Mother’s Day and Family Month is an opportunity to reflect on the present state of motherhood and the family.

Traditionally motherhood is understood, especially in Western social structures, as being placed within the context of the nuclear family — a man and a woman, with their children born in wedlock. This exclusive understanding, however, is gradually changing as the family is being redefined.

Some of that redefinition is a voluntarily process appointed by society, or at least by the political leadership which society has elected. Over the past four decades, divorce has become almost as common as marriage being a life-long commitment.

Cohabitation has likewise become conventional, even in societies where religion is still in the mainstream. In many countries, children are conceived by couples who forego nuptial rites.  The move towards same-sex marriages will increasingly see children being be raised by two men or two women.

Single-parent households, usually headed by the mother, are also becoming common. Though some of the causes for this may be attributed to circumstances beyond the intentional redefinition of family, they nevertheless contribute to a new interpretation of the word.

Other shifts in the nature of the family are out of our control. Economic realities require that in many families both partners need to contribute to the household budget. The emergence of the working mother has recalibrated the traditional nuclear family, at least in the domain of child-rearing responsibilities.

In Southern Africa especially, the HIV/Aids pandemic has destroyed much of the fabric of family by leaving great numbers of children orphaned.

Those not left to their own devices are being raised by their grandparents, or by elder siblings (who often themselves are still children), or by caring individuals who provide them with a home.

As we celebrate Mother’s Day, our thoughts must extend beyond the traditional models of motherhood, and include single mothers and those who care for children to whom they did not give birth.

Mother’s Day ought not to be about flowers, pralines and breakfast in bed, commendable though it is to spoil Mom on a special day. Mother’s Day should also direct our focus on whether mothers, and women in general, have been invested with all their due rights.

This begins within the marriage. Wives ought to be equal partners in their marriages, and husbands have an obligation to participate in householding and childrearing duties. It extends to society, where women still are discriminated against on many levels, including unequal payscales and career advancement opportunities.

Even more seriously, of course, are the intolerable phenomena of sexual harassment, assault and exploitation, and domestic violence.

On May 12 we shall rightly celebrate our mothers and the mothers of our children, and remember the mothers who have left us. Invoking our Blessed Mother, we pray for all mothers, including those who do not meet the traditional definitions of motherhood.