Each in Our Own Language

We remain as amazed as those crowds were on the first Pentecost Sunday that poorly educated fishermen from an obscure regional province could stand up in the square of the capital city and speak so eloquently “that everyone could understand, each in their own language”. If only it were so easy today. 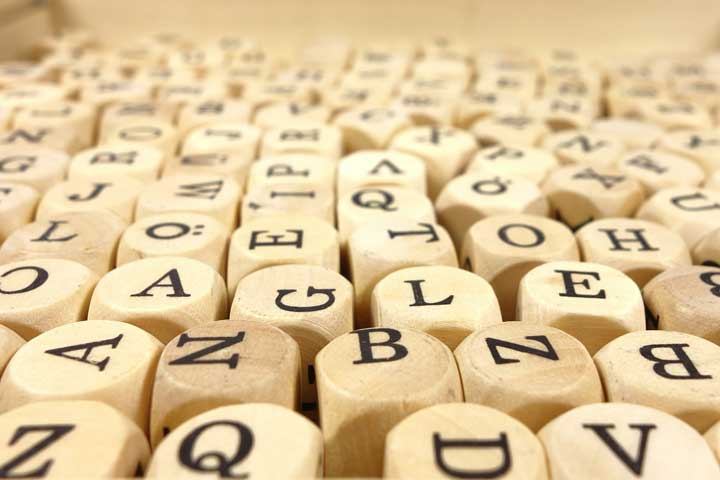 The Pentecost miracle is being read out at Masses this weekend. Nervous lectors will be struggling over that long list of strange countries — Phrygia and Pamphilia — while the skilled ones will demonstrate their verbal dexterity with the pronunciation of “Cretans”.

Part of what defines us are the differences in language between countries and, as we know all too well in South Africa, even within countries. So we hold on dearly to our own language; we are pleased when we can use it and when someone else tries to communicate with us in it.

But language differences are not fixed — they evolve over time for social, political and economic reasons.

The Christian missionaries who came to this continent knew that learning the local language was key to being able to share the Christian faith. It is not a coincidence that very often, around the world, the first written form of a language was devised in order to write down Christian prayers or even the whole Bible.

French missionaries did that in Lesotho and German ones in KwaZulu-Natal, which explains why seSotho is written in the French way with the words separated and isiZulu in the German way with the words strung together. And it is not just in Africa that this happened—the alphabet in which Russian and many other Slavic languages is written is called Cyrillic after St Cyril the earliest Christian missionary to those lands.

The Second Vatican Council allowed Mass in local languages (“the vernacular”). This was part of the Council’s desire that in liturgy there should be “full active participation of all God’s holy people”.

The impact was revolutionary. Being able to share a profound experience like the Mass within one’s own group in the language of the group is hugely important. But it is also important to enable people to share between groups. Thus it was recognised that it would be useful if all the places in which English was spoken used the same English version. Otherwise we might have had Jesus after the Resurrection telling his disciples in SA-English that he would be coming back “now now”.

So a Durbanite attending an English Mass in Delhi, Detroit or Derby will be able to participate in the same prayers without hesitation.

But wasn’t that already true when all Masses the world over were in Latin? It seems an irony that, just at the point in history when international travel was taking off, and people might have benefited from being able to attend Mass everywhere in the world in the same language, the Church’s reforms meant that Mass would now be in different languages in different countries. 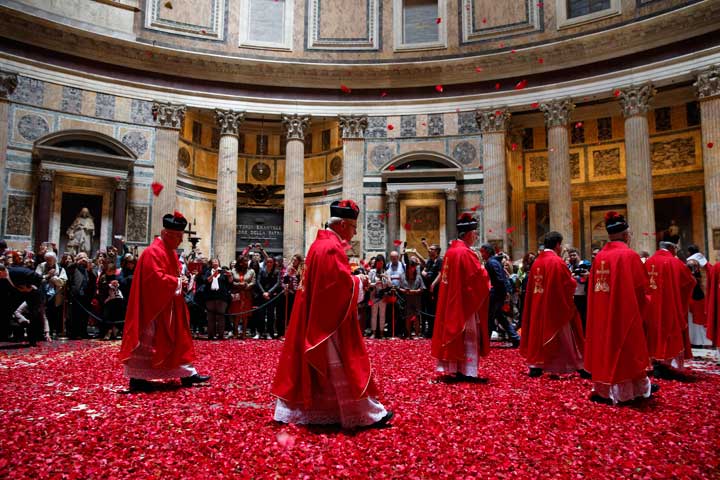 Priests walk across rose petals as they fall from the oculus of the Pantheon at the conclusion of Pentecost Mass. The rose petals dropped by Rome firefighters symbolise the tongues of fire that came upon the apostles at Pentecost. (CNS photo/Paul Haring)

How many of us avoid attending a particular Mass on a Sunday because it is wholly or partly in a language that is not our own? The English-speakers and the Zulu-speakers might nod at each other as one group is leaving church and the next one is arriving but that hardly makes for a united parish.

Unfortunately, the power that language has to include people within a group, at the same time can be a power that excludes people who are outside that group. That is precisely why close communities, such as schools and prisons, develop their own slang words.

The Pentecost experience is called the birthday of the Church because it was at this point that for the first time the followers of Christ showed their desire to include the whole world, with all its languages and differences; the word “catholic” after all means universal. How can we as parishes and dioceses show that we are able to worship “each in their own language” but still worship together showing that there can be unity within diversity?

We need to do this as a Church for our own benefit, but also to set a model to inspire broader society around us.

The official recognition of 11 national languages in South Africa was an important way of righting the wrongs of the past when particular languages had been forced on people and their own languages denigrated. But the 11 languages have also given people a way of reinforcing and justifying social separation when our focus should be on integration.

Do we perhaps use language as an excuse not to integrate? And is this made worse because we avoid the reality that one of those languages, English, stands out from the rest. While all 11 languages have equality of status this should not disguise the very obvious difference that they do not all have equality of impact. Debates have been raging on our university campuses about the colonisation of language. If there are lectures in Afrikaans, why can’t there be lectures in Xhosa?

I suspect the question is starting in the wrong place. Whether we like it or not, English has become established as the world’s academic language. So surely we should spend our limited university resources on ensuring that all our students are truly competent in the important skill of speaking and writing good English. Afrikaans in a university classroom is then just as inappropriate and wasteful as Xhosa.

This is a sensitive question but my proposal has a pragmatic intent. It also has a wider one.

If we want to create a country in which there is unity as well as diversity, we need to make sure that we are promoting a way of communicating that brings people together, within this country and with people from other countries.

The late President Julius Nyerere of Tanzania recognised that when he promoted Swahili as a predominant language for Eastern Africa. That required compromise and sacrifice but the result was a way of fostering unity.

If we continue to treat 11 languages as equally interchangeable, then we fail to encourage good communication and we also deceive our children that English is not a passport to success in the wider world.

May be one day there will be a Pentecost App which enables each of us to hear in our own language regardless of the language being spoken. But until then we would do well as a country and as a Church to help promote one language in which we can all speak to and listen to each other.

Let the Truth Set us Free