A Culture of Impunity

This year South Africa’s judiciary has declared its intolerance for the disease of impunity that has infected the country, from top to bottom. 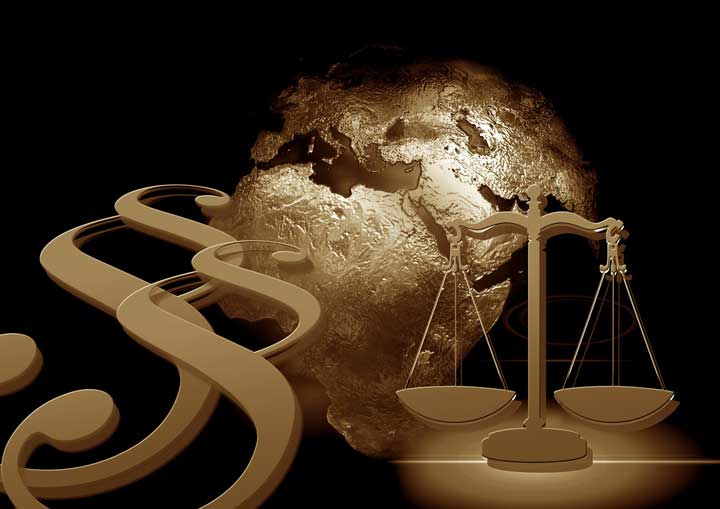 “Businesses also act with impunity. Taxes are avoided even as businesses utilise the public infrastructure which the public purse finances. Manufacturers collude in price-fixing, banks apply exploitative charges, incompetence in the boardroom is rewarded with payments of obscene bonuses (paid for by the consumer and underpaid employees); complaints about inadequate service are met with indifference.”

The Constitutional Court ruled on March 31 that the government has no authority to arbitrarily disregard the Nkandla Report issued by the Office of the Public Protector. In late April the High Court in Pretoria ruled that corruption charges against President Jacob Zuma may be reinstated.

The message is clear: even the president and his government are not immune to justice. The courts have declared that they may not act with impunity.

The courts might not have had it in mind specifically to communicate a broader point to the nation—the judges are tasked to interpret law, not to enforce national morality — but their judgments should serve as an impulse for a fight against South Africa’s culture of impunity at every level.

To be sure, in a global system in which the rich and even elected governments brazenly collude to disadvantage the poor and the middle classes, a false idea takes hold that an injustice is wrong only when one doesn’t get away with it. Accountability is an increasingly vanishing virtue.

This is true also in South Africa, and it is tempting to lose hope. The culture of impunity — a sense that one can do as one wishes because the threat of consequences for one’s action is diminished — has woven itself into the total fabric of South African society.

The culture of impunity is visible in townships where whole communities are ruled by gangs who fear neither police nor the judiciary, but themselves spread fear among those who seek to live virtuous lives. The culture of impunity finds expression in crime, when even rapists fancy the odds of not getting arrested for their crime, or their victims even reporting it.

Burglaries are reported to the police, if at all, not with a view to apprehending the perpetrators, but to satisfy the bureaucratic requirements of insurance claims. And sometimes insurance claims are made fraudulently, because that is believed to be a victimless crime — another fallacy that feeds the culture of impunity.

The culture of impunity reaches such depths that criminals are even murdering police personnel.

Businesses also act with impunity. Taxes are avoided even as businesses utilise the public infrastructure which the public purse finances. Manufacturers collude in price-fixing, banks apply exploitative charges, incompetence in the boardroom is rewarded with payments of obscene bonuses (paid for by the consumer and underpaid employees); complaints about inadequate service are met with indifference.

The consumer’s institutionalised powerlessness and government’s collusion and/or impotence further feeds this business sense of impunity.

Many politicians buy into that mindset, trading honesty and accountability for venal self-aggrandisement.

The Zuma government has encouraged the culture of impunity by trying to emasculate the judicial processes in appointing blatantly unsuitable people to key positions in the prosecuting authority and its investigative arm.

A sense of impunity has infected even some who have genuine grievances, as the now almost inevitably destructive nature of protests and strikes shows.

But we must not yield to disillusionment, and the judgments against Mr Zuma and his government must serve to encourage us. We must not cease to strive towards a regeneration of ethics, even and especially when it seems our efforts are futile.

And that process of regeneration must begin with ourselves.

The slippery slope of South Africa’s impunity starts with the motorist who throws a cigarette butt out of his window or the otherwise law-abiding person who buys a black market home entertainment system.

Commuters witness this sense of impunity every day when minibus taxis violate traffic conventions, and other drivers follow suit because the taxi drivers are seen to be “getting away with it”. We see it on commuter trains where codes of social conduct are routinely abandoned.

South Africa’s moral regeneration is tied to the defeat of our culture of impunity.

To accomplish this, all who transgress must be held accountable for their actions: the corrupt politician, the burglar and the rapist, the exploitative capitalist and the destructive protester, the menacing taxi driver and the road-raged motorist — and even the casual litterer.